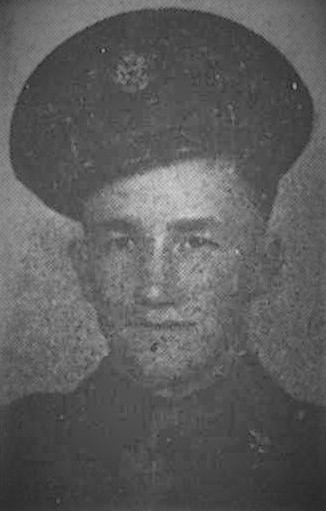 Fred Pratt was a radio operator and gunner on a B-17F Flying Fortress, Serial number 42-30266 . He died non Battle on a practice flight. The airplane crashed while practicing formation flying over Easter England. Sgt Pratt who has seen action with the Eight AAF over enemy targets ranging from industries at Berlin, Germany to military installations along the Normandy coast, has been decorated with the Air Medal for meritorious achievement in aerial combat over Nazi Europe.

Son of James and Mary Pratt, Church Hill, Tennessee. He is buried at the Cambridge American Cemetery, Cambridge, England, A, 7, 6.

Rogersville Review, August 24, 1944
S/Sgt Fred Pratt, 21, B-17\ Flying Fortress radio operator and gunner, died in a plane crash while practicing flying formation over Eastern England, July 9, according to the massage received by his parents, Mr. and Mrs. James Pratt of Church Hill. 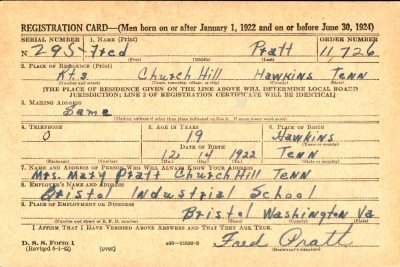 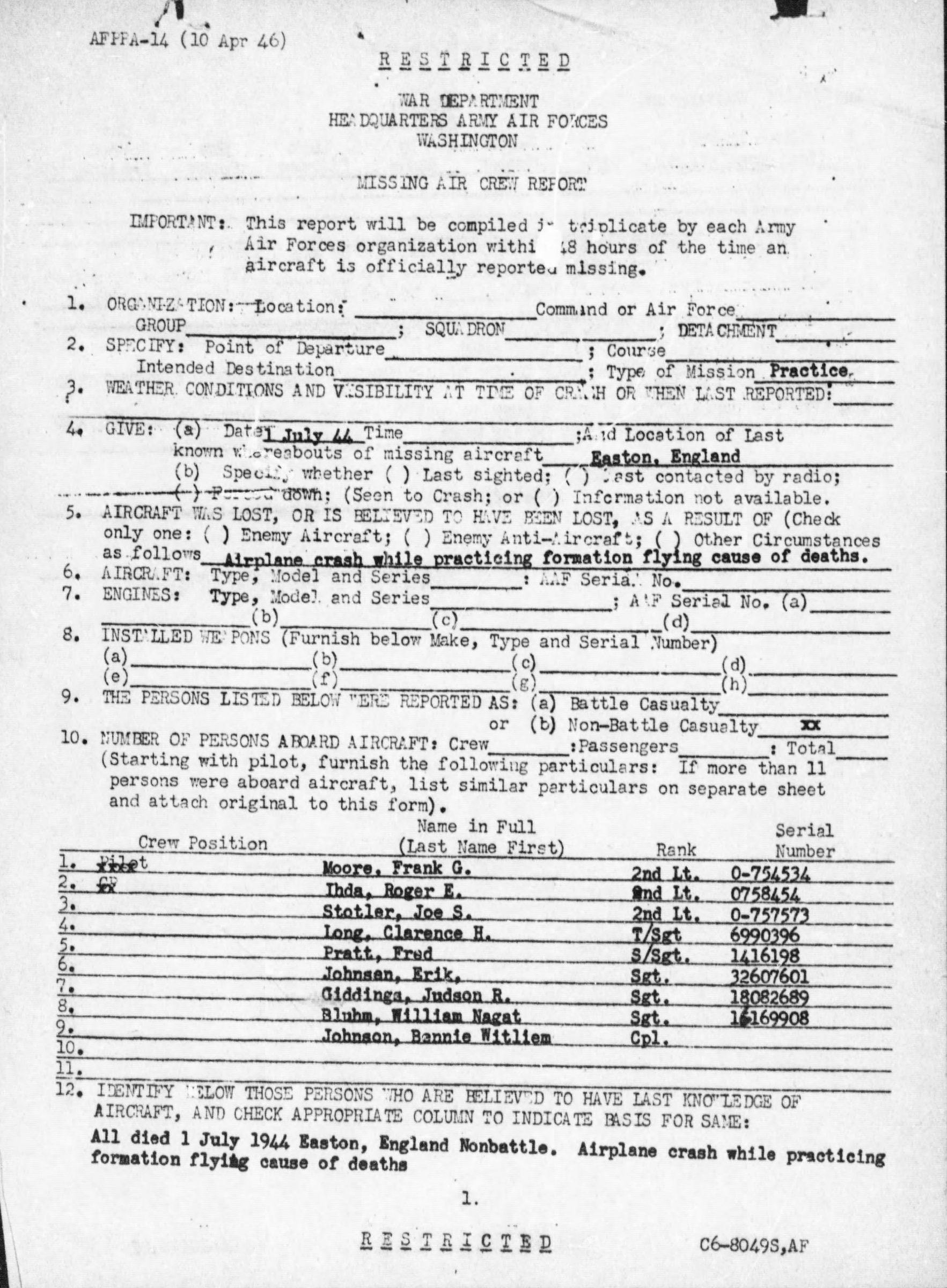 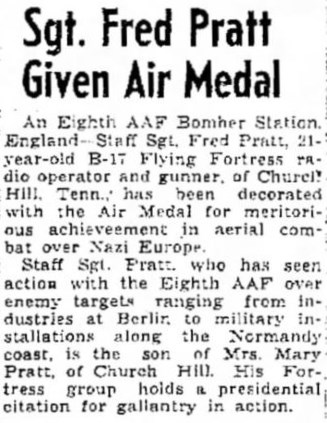 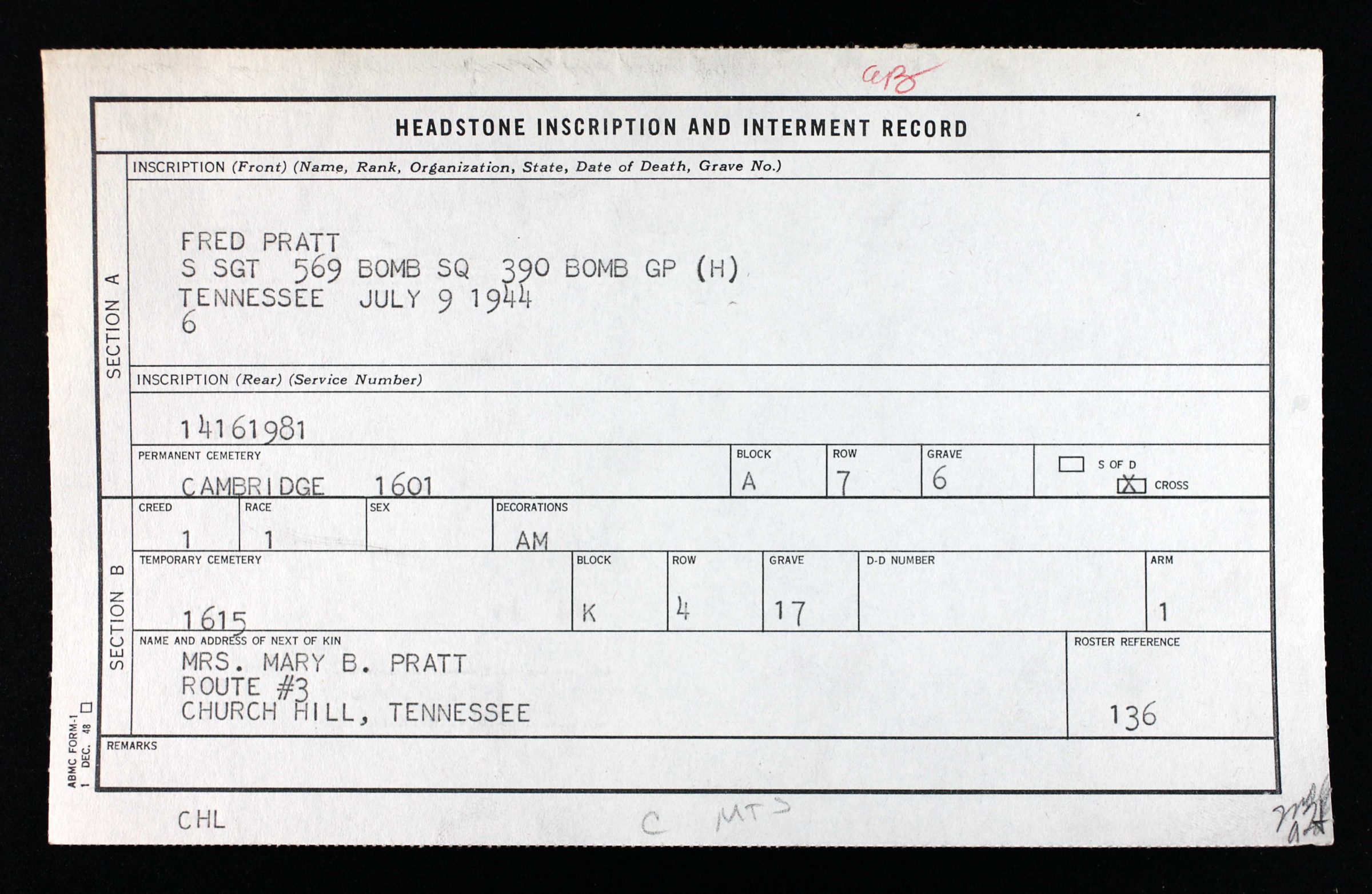 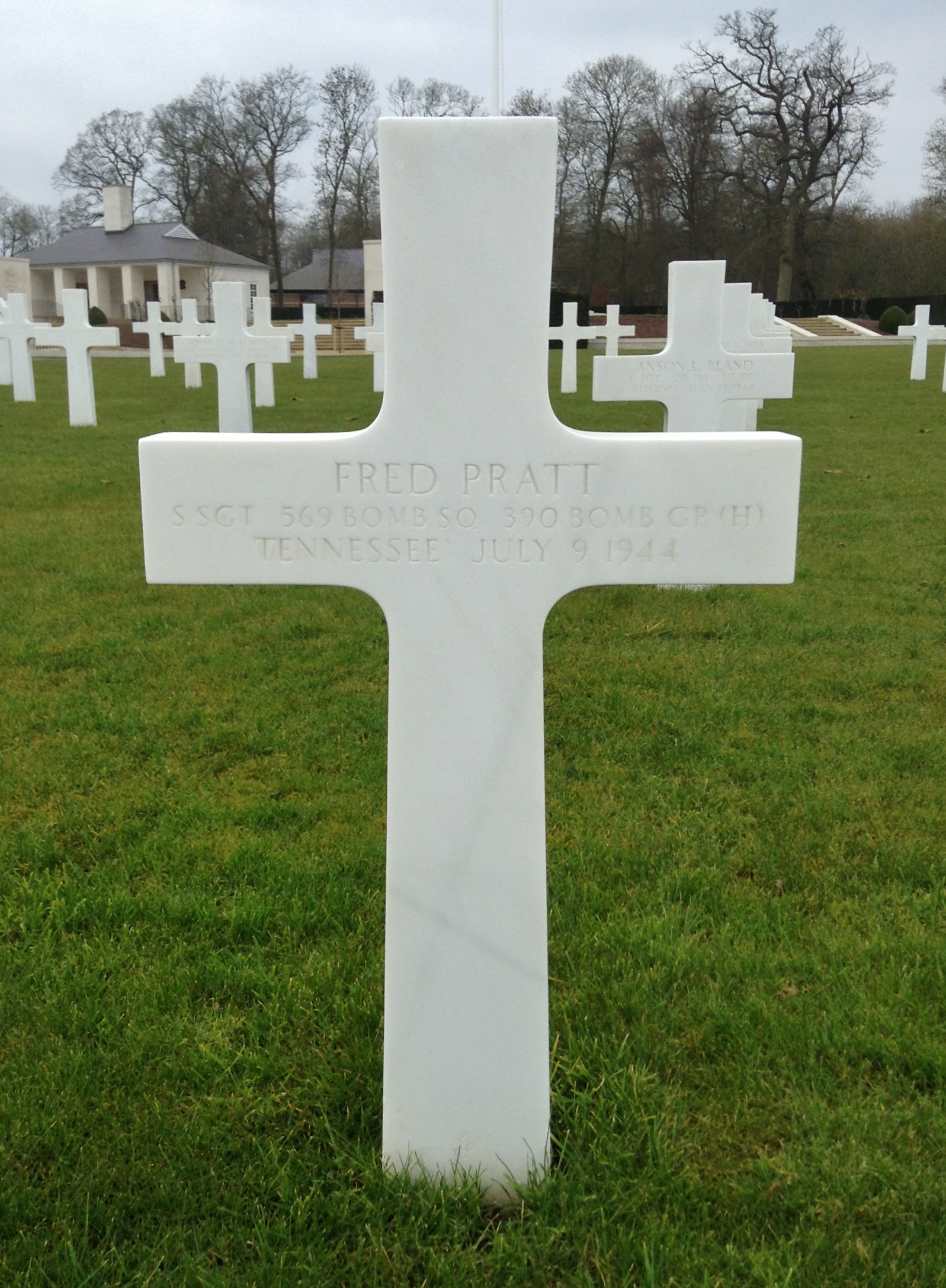