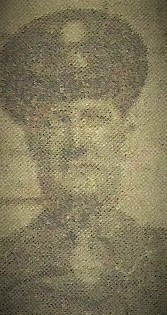 The Knoxville Journal, February 11, 1945
Pvt. Fred M. Killion, 30, son of Mrs. Essie Killion of Warrensburg, was killed in action Dec. 25 in Belgium, the War Department has informed his mother. Private Killian was previously reported missing in action on that date. He entered the Army in December, 1942, and went overseas in December, 1943, to become attached to a military police outfit. A letter from his chaplain to his mother stated that Private Killion was buried in a national cemetery in the province of Lorraine, France, with a protestant chaplain officiating at the ceremonies. He has two brothers in service, one of whom is overseas. 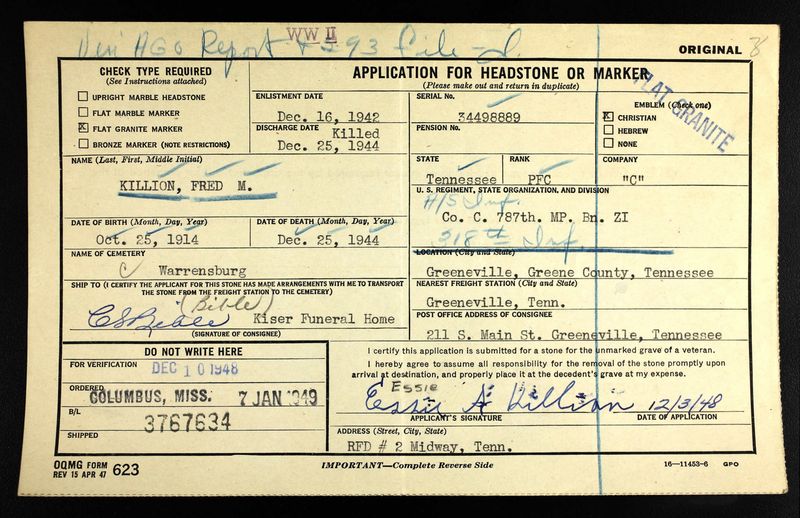