Fred Earl Ware was born on 18 January 1924 in Copperhill, TN. He attended Knoxville High School.
He was on board the U.S.S. Abner Read (DD526), missing since 18 August 1943. Officially declared dead on 19 August 1944. He is memorialized at Honolulu Memorial in Honolulu, Hawaii

The Knoxville News-Sentinel, September 14, 1943
Fred Earl Ware, seaman second class, son of Mr. and Mrs. F.A. Ware, of 1158 Edgewood Avenue, was among 24 reported missing in action today by the Navy  Department. Seaman Ware had recently been serving on a destroyer in the Pacific area. His family received a letter from him, and later the same day came word that he was missing. Seaman Ware, a former News-Sentinal carrier, is 19. He joined the Navy last Jan. 18 on his ninetheenth birthday. He is a graduate of KHS, and was employed at ALCOA for a short time. 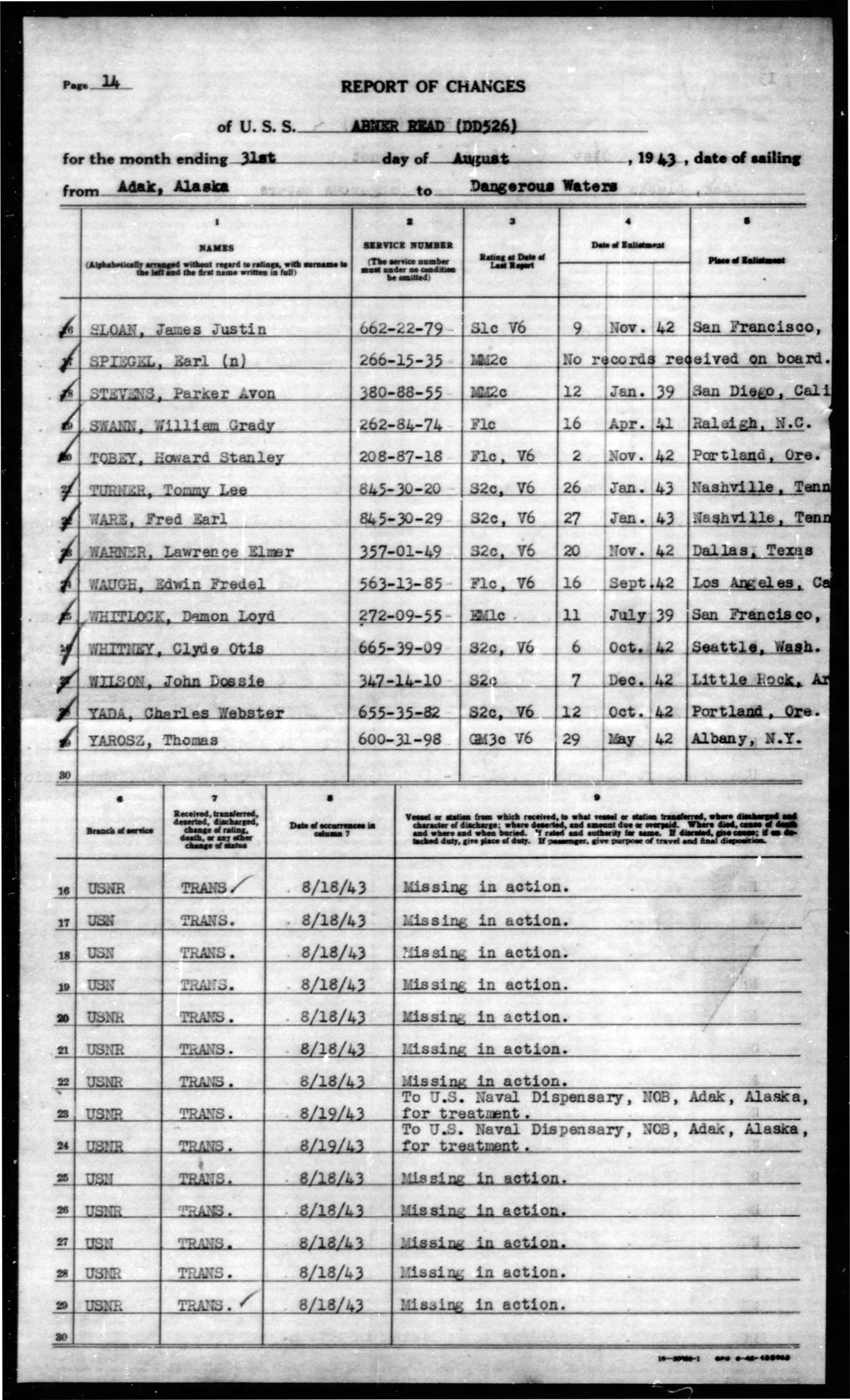 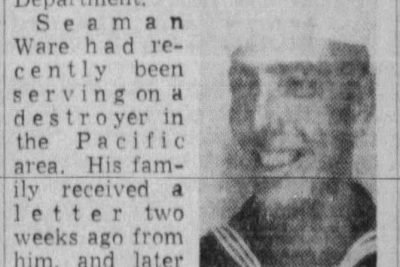 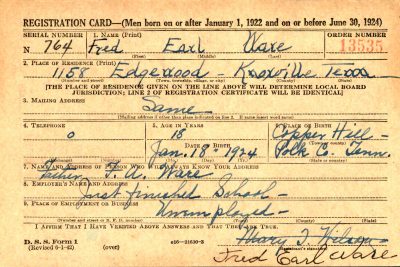