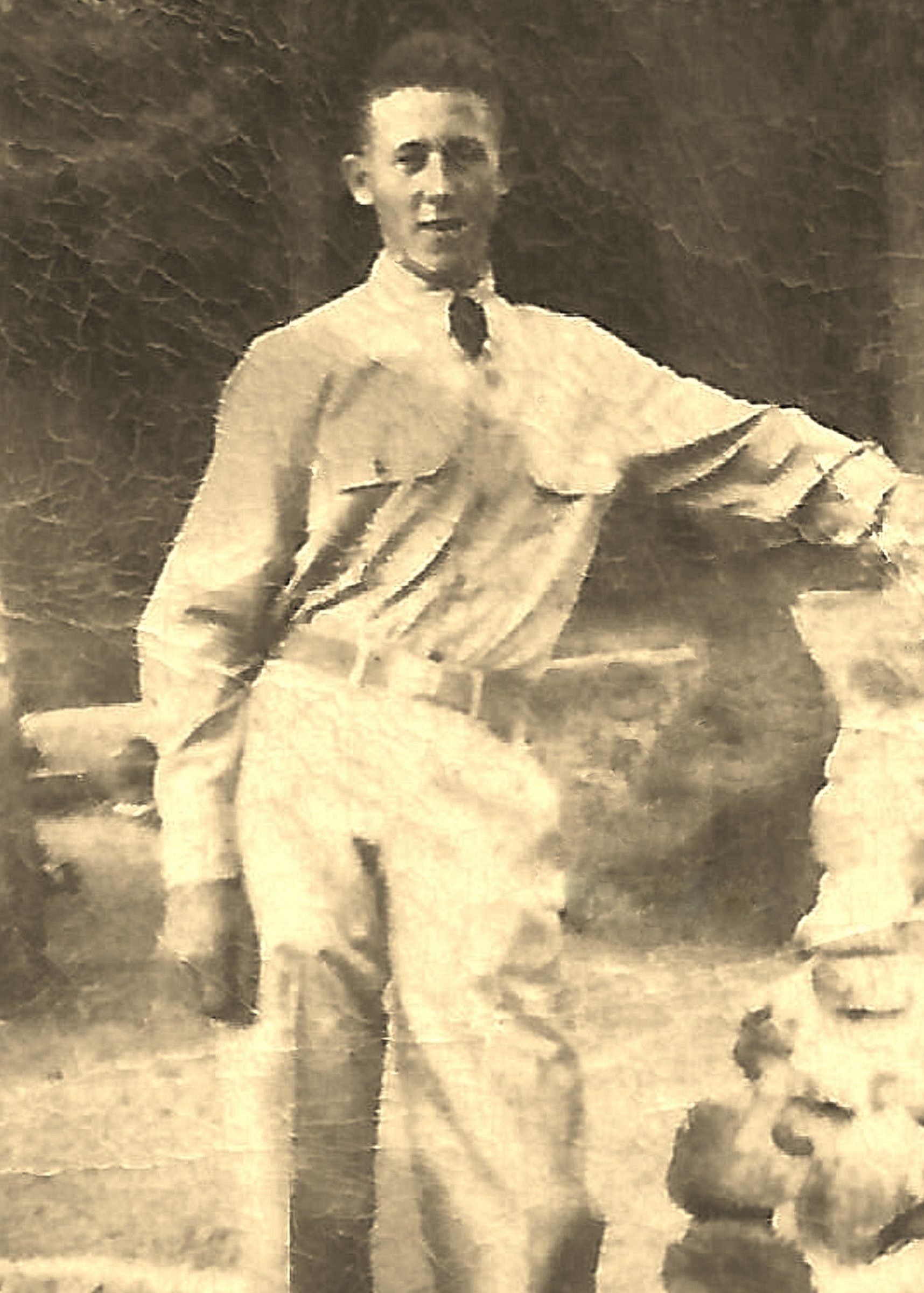 Fred Ball was born June 5, 1921 in Tennessee to George J. Ball and Carrie Lucille (Grandparents).  Fred Resided in Hawkins County, Tennessee until leaving for the war.  He enlisted in the Army on October 3, 1941 prior to Pearl Harbor.  He was in the 13th Infantry Regiment, 8th Infantry Division.  The Pathfinders of the 8th landed on Utah Beach on the 4th of July 1944. Taking a few days to organize and outfit for combat, they entered the hedgerows and crossed the Ay River on 26 July as part of the American breakout. They continued towards Rennes in early August and attacked Brest, France in September as part of the effort to conquer Brittany.  The regiment spent ten months in combat in Northern France, The Rhineland and Central Europe.

The Battle for Brest was one of the fiercest battles fought on the Western Front during World War II and was part of Operation Overlord. Part of the Allied plan for the invasion of mainland Europe called for the capture of port facilities, in order to ensure the timely delivery of the enormous amount of war material required to supply the invading Allied forces.   It lasted from 7 August – 19 September 1944.  It was estimated that the 37 Allied divisions to be on the continent by September 1944 would need 26,000 tons of supplies each day.  The main port the Allied forces hoped to seize and put into their service was Brest, in northwestern France.  Brest was surrounded and eventually stormed by the U.S. VIII Corps. The fight proved extremely difficult, as the German garrison was well entrenched and partially made up of elite Fallschirmjäger (paratroopers) forces..
The German paratroopers lived up to their reputation, as the Allies had experienced previously in battles such as Monte Cassino. The Germans had stocked a considerable amount of ammunition for the defense of the city and had weapons of all calibers (from light flak to naval guns) dug in fortifications and in pillboxes. Elements of the specialized British 79th Armored division came in to attack the heavily fortified Fort Montbarey. Flame throwing tanks along with US infantry took three days to overcome the fort..
The fighting was intense, the troops moving house to house. The fortifications proved very difficult to overcome, and heavy artillery barrages were fired by both sides.  Eventually the old city of Brest was razed to the ground during the battle, with only some old medieval stone-built fortifications left standing.
The Germans surrendered the city on 19 September 1944 to the Americans.  The Battle of Brest, France resulted in 4,000 US casualties including Fred Ball who was killed on September 1, 1944. The 8th spent a total of 266 days in combat during the war.  The 8th was awarded a total of 3 Medal of Honors, 33 Distinguished Service Crosses, and 768 Silver Stars.  Fred Ball died at the age of 23.  He was buried in Christian Bend Cemetery in Rogersville, TN.   Military Service Number 34378421.
-Submitted by Daniel Parvin 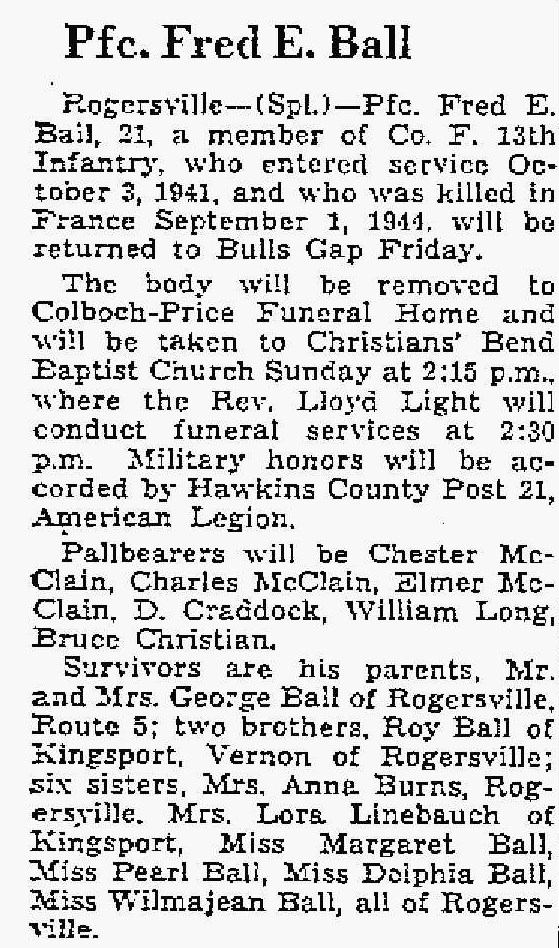