The Cleveland Herald, July 28, 1944
Mr. and Mrs. N.C. King, Cleveland, Route 3, received a telegram from the War Department stating that their son, Pvt. Fred A. King, was killed in action in France, July 4. Pvt. King is believed to have landed in France with the first invasion forces. He entered the service November 29, 1942, and went overseas last March.
He is survived by his parents, four brothers, Pvt. Clay V. King, of Camp Gordon, Ga.; Earl King of Cleveland; Alvin Kin of Bradley county and Pvt. William A. King somewhere in England; and four sisters, Ollie, Lucille and Lola King, who reside with their parents, and Mrs. Lynn Mooneyham, of Cleveland. 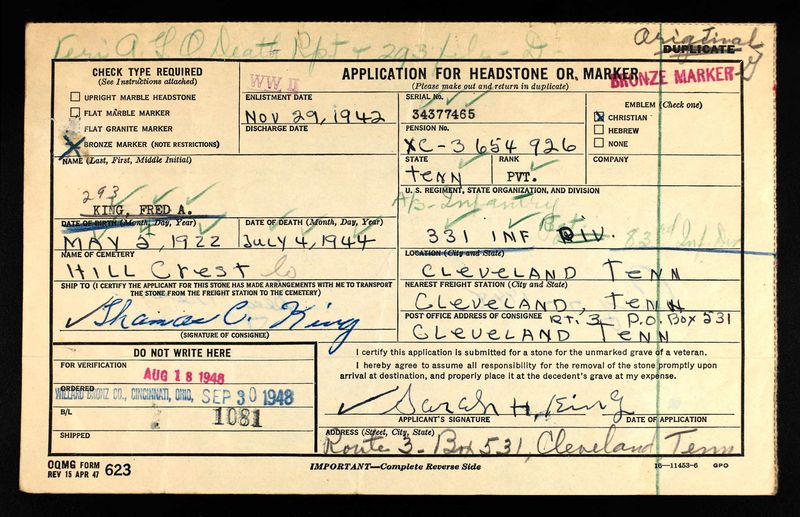 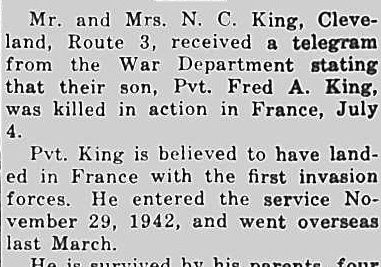