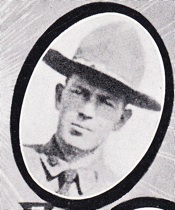 Frank Roger Russell volunteered his services to the U.S. Army in June 1917. He was assigned to the 13th Cavalry, stationed at Ft. Riley, Kansas, He was transferred to San Fordyce, Texas and at this post was caught by the influenza epidemic, which resulted in his death on November 7, 1918

“F.R.Russell Dies On Border
Knoxville Boy Was In Service. Succumbs to Attack of Pneumonia”

Frank R. Russell, aged 25 years, in active service on the Mexican border, died Friday from Pneumonia, according to information received by relatives here. He is the son of Mrs. M.J. Russell, of 1905 Jefferson Avenue. Young Russell received his military training at Ft. Riley, Kansas and was later transferred to the Mexican border. The remains will be brought to Knoxville for interment. The deceased is survived by his mother, three brothers and two sisters, The brothers are Summers Russell, of Muscle Shoals, Ala. Rev. A.B. Russell of Charlotte, N.C., and E.D. Russell, of Knoxville, The sisters are Delia Russell, of Charlotte, N.C., and Ellen Russell of Knoxville,.
-The Journal and Tribune, Knoxville, Tennessee, Saturday, November 9, 1918. 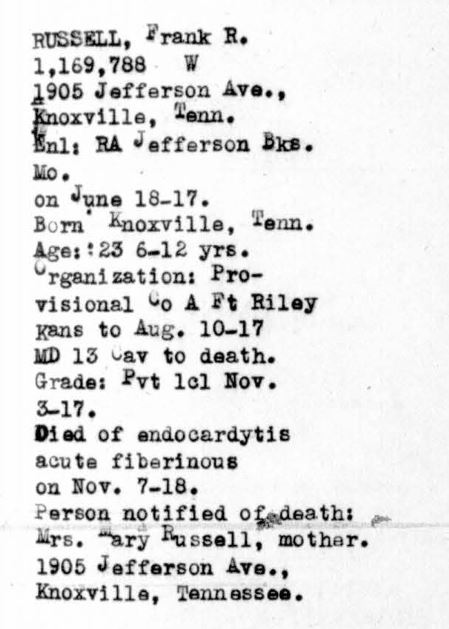 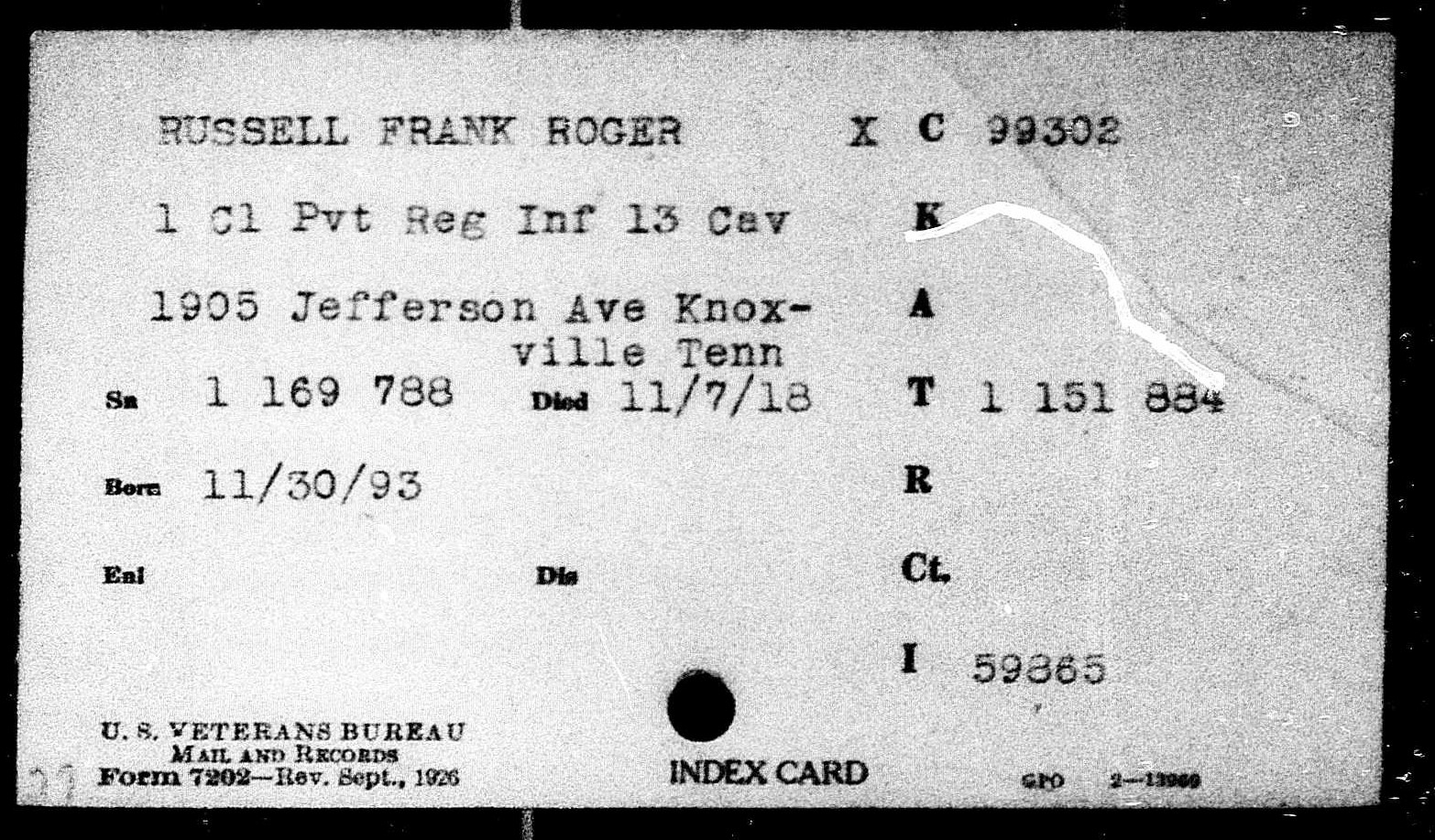