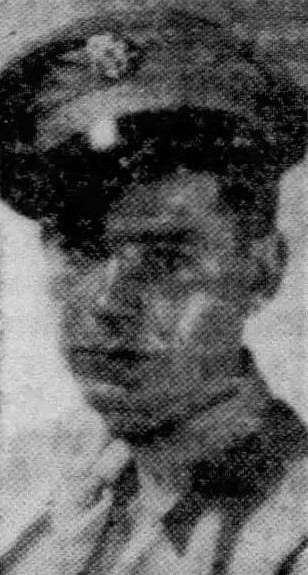 The Knoxville News-Sentinel, March 3, 1945
Pfc. Frank H. Caylor, son of Mrs. Pearl Caylor, 311 Front Street, was killed in action in Germany on Jan. 11, according to notification from the War Department to his mother. Pfc. Caylor, an infantryman, would have been 20 years old on Jan. 24. Before entering service in May, 1943, he was employed by the D.M. Rose Lumber Company. He had been overseas since November.  Another son, Cpl. Clarence A. Lawson, is serving in France in an anti-aircraft division. He has been overseas since October. Pfc. Caylor and Cpl. Lawson enlisted together. 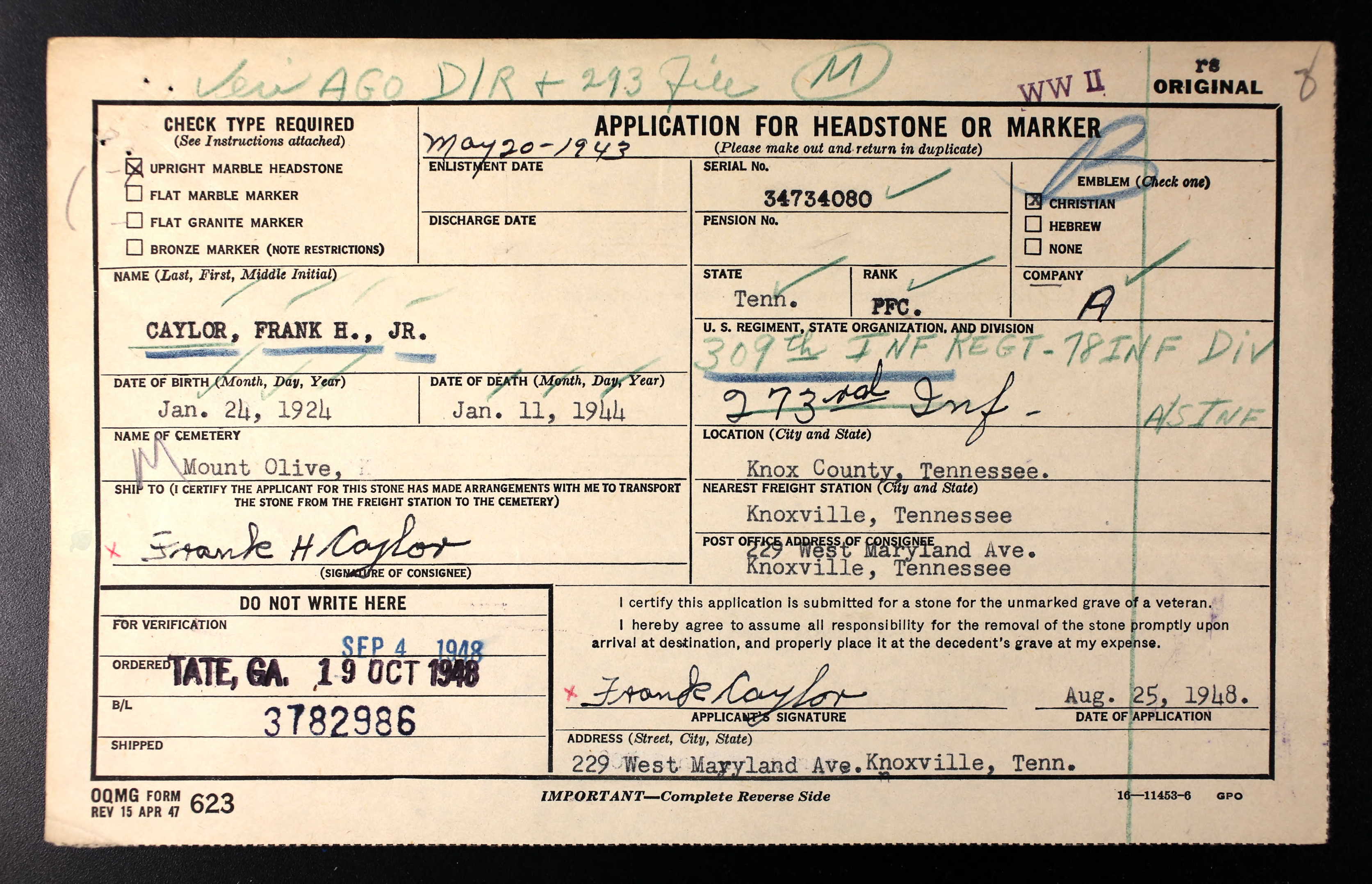 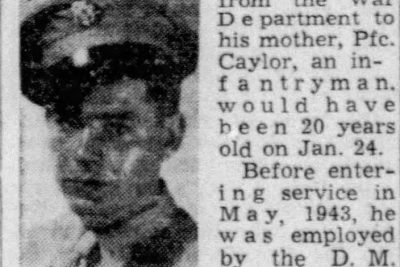