Frank Cormany Scarbrough
Enlisted on August 23, 1941, in the Army Air Corps
Died as a prisoner of war, detained in Japan
Buried at Manila American Cemetery in Fort Bonifacio, Manila, Philippines

The Knoxville Journal, April 12, 1942
Heroes of Bataan – Among Knoxville residents, whose names will go down in history for valor in the defense of Bataan, are Corp. R.J. Miller, 1625 Washington Avenue, and Sgt. Frank Scarbrough, Route 4, Boyd’s Bridge Pike. Scarbrough’s last message to his parents here was in October. He is a plane mechanic.

The Knoxville Journal, Friday May 28, 1943
Staff Sgt. Frank C. Scarbrough, 29, Knoxville High School graduate and a sister of Mrs. Florence Tallman of Boyds Bridge Pike, died while a prisoner of war in the hands of the Japs, the family has been notified by the War Department in Washington. It was reported the Jap authorities reported the death through the International Red Cross. Date of death was given as May 21, but the year was not given.
Mrs. Tallman said the family was notified Sergeant Scarbrough was a prisoner of war in January, 1943. This would indicate his death occured a week ago today.
Sergeant Scarbrough enlisted in the U.S. Army when he was about 18 years old and had been in the Air Corps in the Philippine Islands for three years before the Japs attacked Pearl Harbor.
Survivors are the mother, Mrs. Frank Scarbrough, who lives at the home of Mrs. Tallman; the father working in North Carolina and a sister, Mrs Nell Davis and a brother James Scarbrough of Maryville. 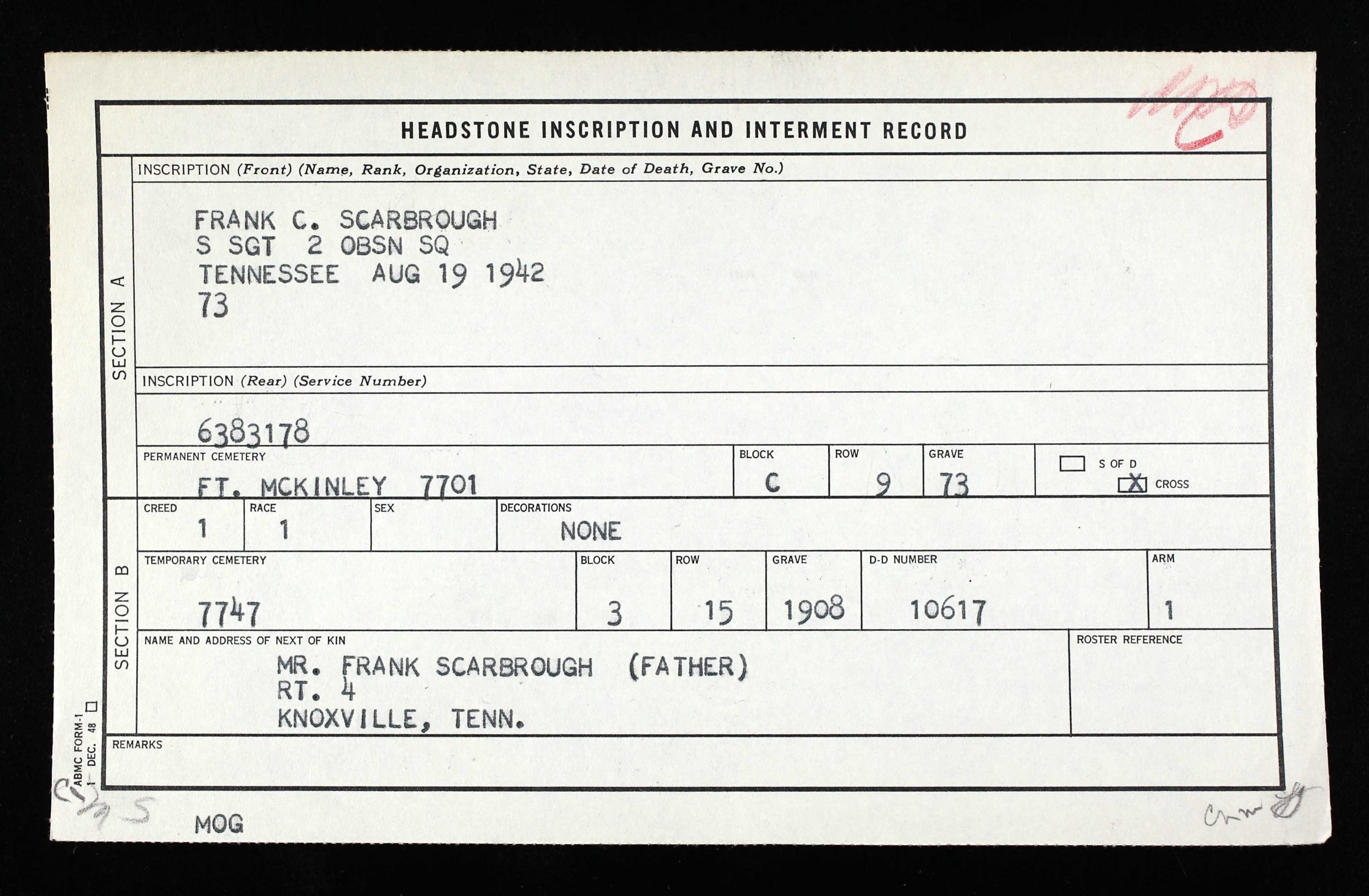 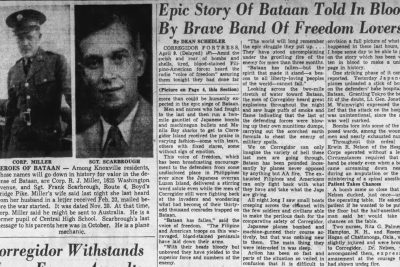 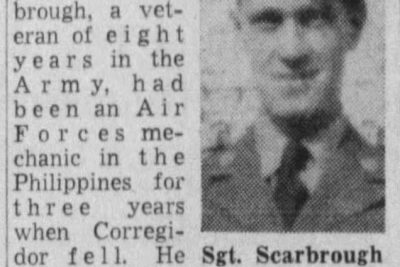