Francis V. Henry was born in 1922. Prior to the war, he attended grammar school and worked as a laborer at a sawmill.

Francis V. Henry enlisted in the US Army on February 16, 1943 at Fort Oglethorpe, Georgia with several of his classmates and friends from Monroe County. Private First Class Henry was assigned to the 231st Port Company and stationed aboard the Coast Guard ship the USS Serpens AK-97 as an Army Stevedore.

The USS Serpens was built as a commercial cargo ship but was used during World War II as a transport ship for the military. On January 29, 1945 the USS Serpens was located about one mile off Lunga Point Beach, Guadalcanal, in the Solomon Islands. Three of her holds had recently been converted for ammunition stowage.

The Coast Guard crew and a detail of Army Stevedores were loading onto the ship 350 pounds of depth charge explosives. With a deadly explosion, 250 men were either quickly killed by the blast or drowned as the Serpens quickly sank to the bottom of the sea.

Private First Class Henry was aboard the Serpens when it exploded and was killed. While the vessel was at Lunga Point, Francis Henry had reconnected with Pvt. Glenn B. Frank one of the classmates and fellow friends from Monroe County that he had enlisted with in February 1943. Pfc. Henry and Pvt. Frank were enjoying each other’s company no doubt talking about home and the war. As a result of their friendship, Private Frank decided to stay aboard the USS Serpens for the night and was tragically killed aboard a ship he was not even assigned to but just visiting.

Private First Class Henry was originally buried at the Army, Navy and Marine Cemetery in Guadalcanal with full military honors and religious services. The remains of the men were repatriated under the program for the return of World War II dead in 1949. The mass recommittal of the 250 casualties took place in section 34 at MacArthur Circle, Arlington National Cemetery 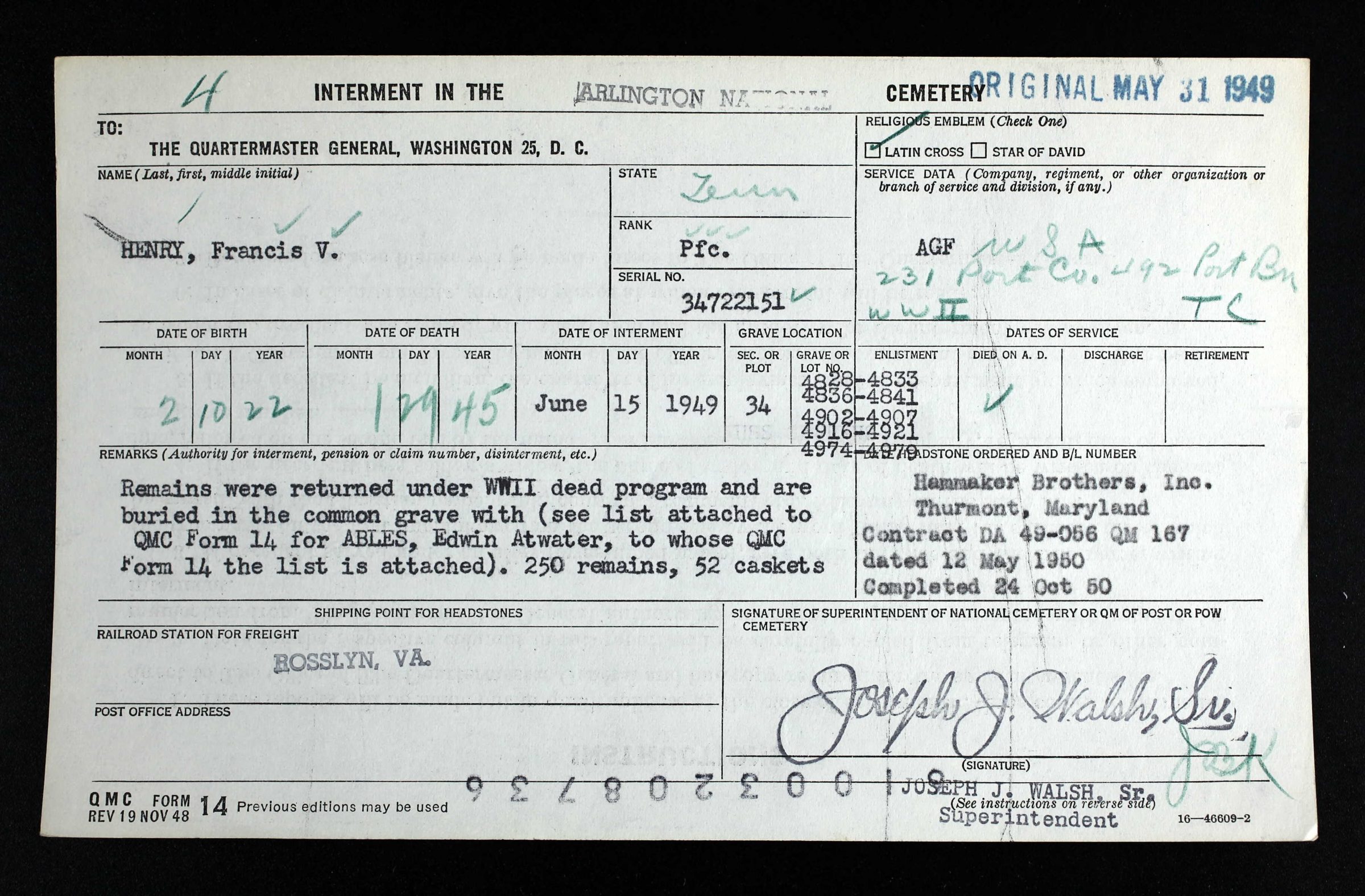