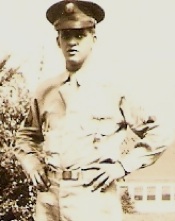 War Department Letter (excerpt)
Dated 11 February 1946
Addressed to Mrs. Alice L. DeVane, wife of Francis T. DeVane
Since your husband, Corporal Francis T. Devane, Air Corps, was reported missing in action 10 February 1945, the War Department has entertained the hope that he survived and that information would be revealed dispelling the uncertainty surrounding his absence. However, as in many cases, the conditions of warfare deny us such information. The information concerning your husband shows that he was a crew member of a B-29 (Superfortress) bomber which, on 10 February 1945, departed its base on Tinian Island, Marianas Islands Group, to participate in a bombing mission to Ota, Japan. During this mission one wing of your husband’s aircraft suffered heavy damage by enemy aircraft fire. Radio contact was established with his aircraft while it was approximately two hundred and seventy-five miles north and slightly west of Tinian Island, at which time their air-sea rescue call was received and it is believed that they ditched. An immediate search of the area surrounding the last known whereabouts of the bomber failed to uncover any trace of your husband or his aircraft.

He is remembered on the Tablets of the Missing, Honolulu Memorial Cemetery, Hawaii.

Aircraft B-29 with serial number 42-24790 departed from Tinian, Marianas Island on a bombing mission to Ota, Japan. This crew reported sighting flares at 19 Deg 10 Min N, 144 Deg 00 Min E. Ten minutes later their air-sea rescued call was received. It was known that one wing had suffered heavy damage by enemy aircraft. Pilot expressed the opinion that the plane could make Base OK. 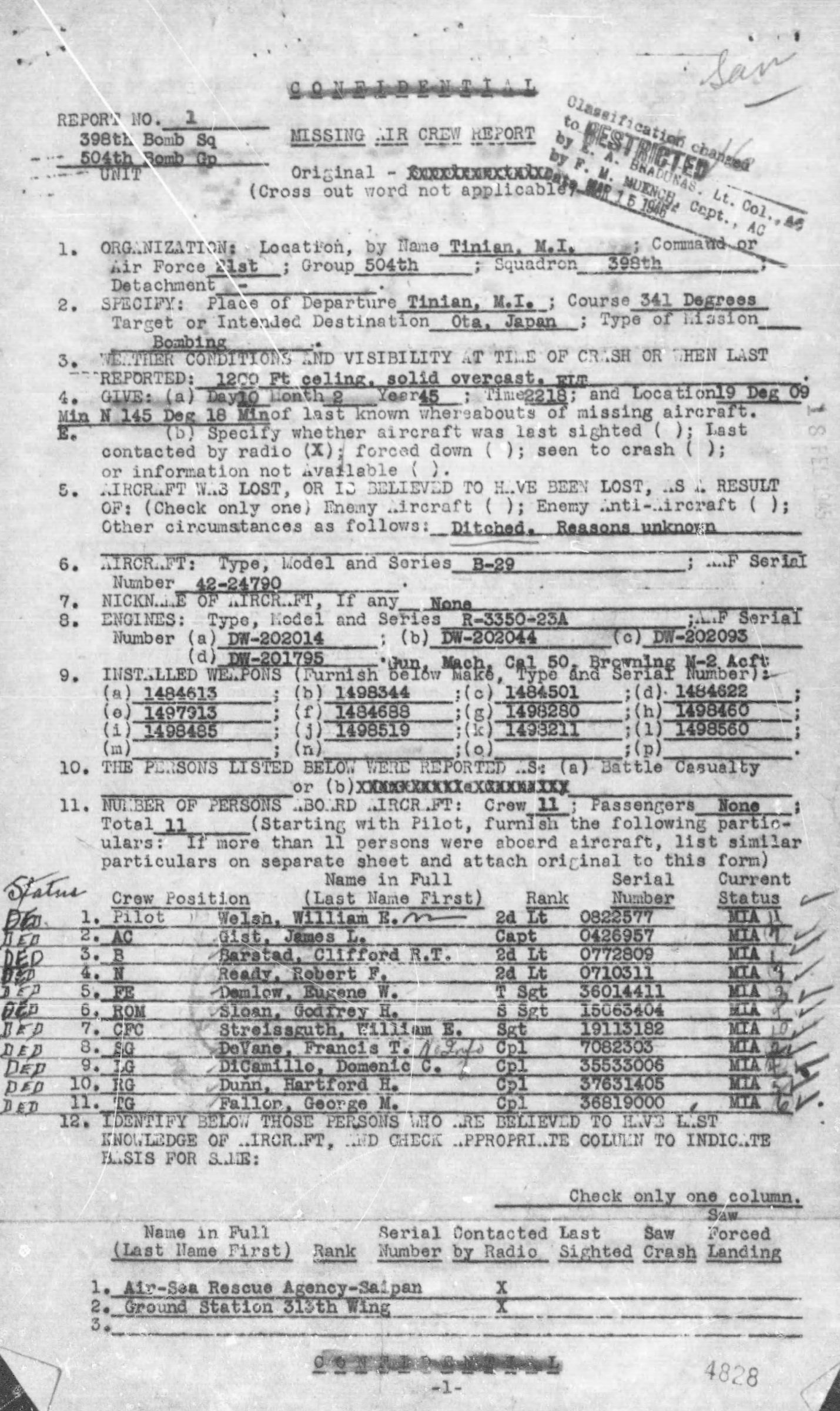 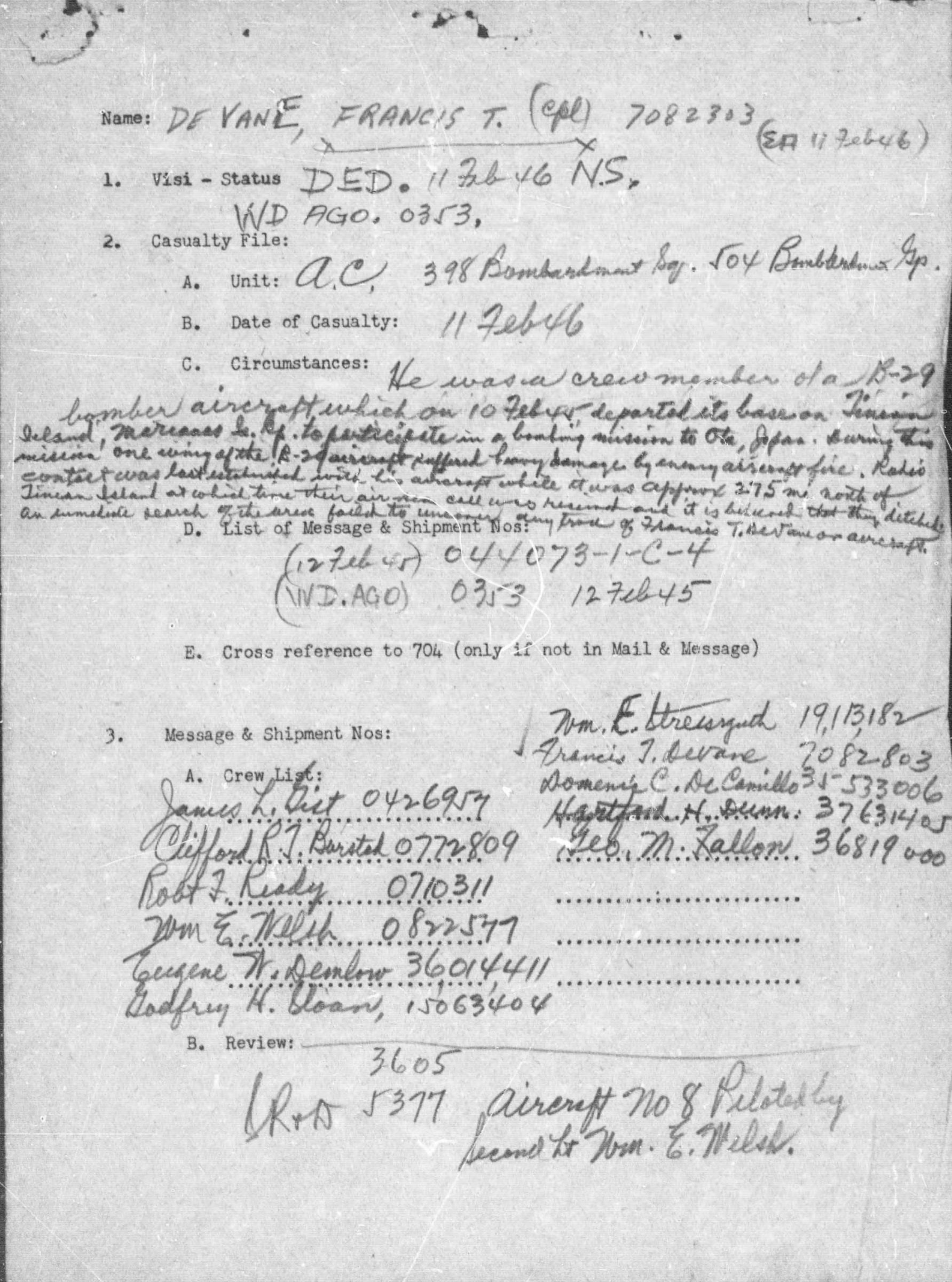 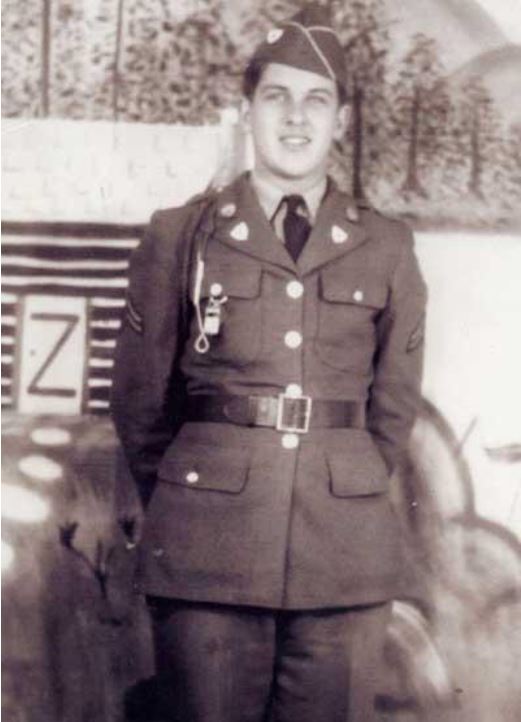