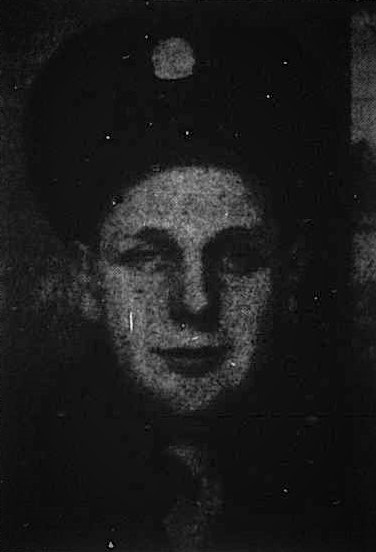 Rogersville Review, November 27, 1947
Funeral services for fifteen soldiers, all veterans who lost their lives in the European theater of operations during World war II, were hel in Arlington National Cemetery, Washington, D.C. on Wednesday, November 19.
Among the fifteen, all of whom were brought back recently to their native soil from the Henri Chapelle Cemetery in Belgium, was the body of Pvt Francis P. Everhart, son of Mr. and Mrs. Frank C. Everhart of Persia. Pvt. Everhart, age 31, was killed on November 8, 1944, during the operation of Moselle River crossing in Germany. He died from abdominal wounds received from German small arms fire as his division, the 83rd United States Infantry of Thunderbolt Division, was establishing a bridgehead. Pvt. Everhart landed on Omaha Beach, Normandy, France in June of 1944.
The United States Navy was in charge of the full military funeral services for the returned war dead. Pvt. Everhart’s mother, his sister, Miss Edith Everhart, and brother Jackson B. Everhart, went to Washington for the services. Survivors include his parents, the sister, four brothers, Horner Everhart of Maryland, R.L., Jackson and Willard Everhart, all of Persia, and an adopted son, Francis Edward Everhart of Rogersville.
In 1945, two of Pvt. Everhart’s brothers, who were then in the army, M.Sgt Williard R. Everhart and T/5 Horner B. Everhart, visted his Grave in the Henri Chapelle Cemetery in Belgium. 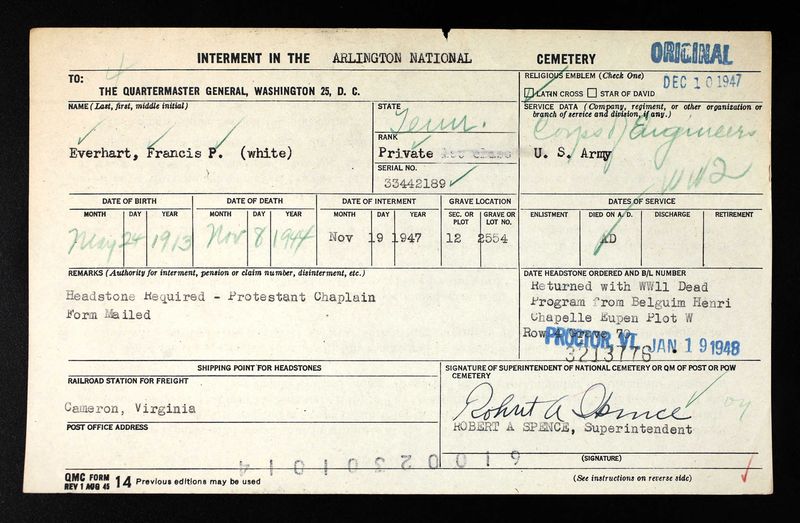