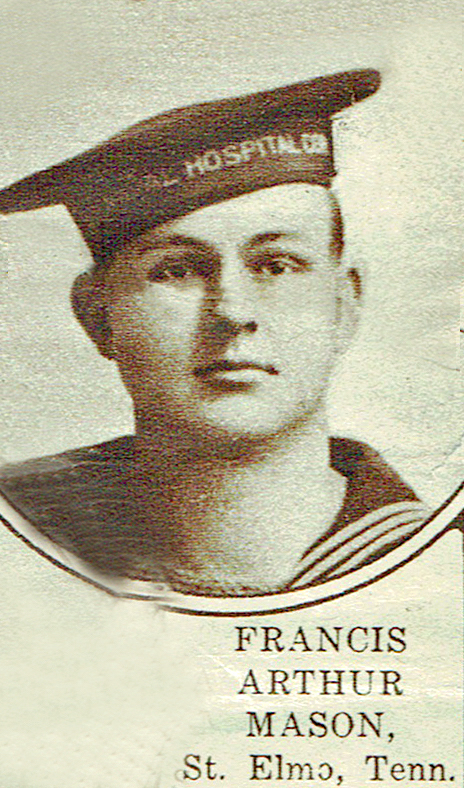 Francis Arthur Mason was born on August 8, 1892, in Homer, Georgia, the son of Samuel Knox Mason and Martha Elizabeth Haulbrook Mason. He had many siblings, including brothers, Charlie, Garrett, Larkin, and Samuel, and sister, Ollive. His father worked as a farmer in Calhoun, Georgia, before moving to Hamilton County. Mason was living in the St. Elmo neighborhood of Chattanooga when he enlisted in the United States Navy as a Hospital Apprentice, 1st Class, in Nashville, Tennessee, on June 7, 1917. While stationed in New Hampshire, he became ill with a respiratory disease, and passed away at Portsmouth Naval Hospital on February 20, 1918. 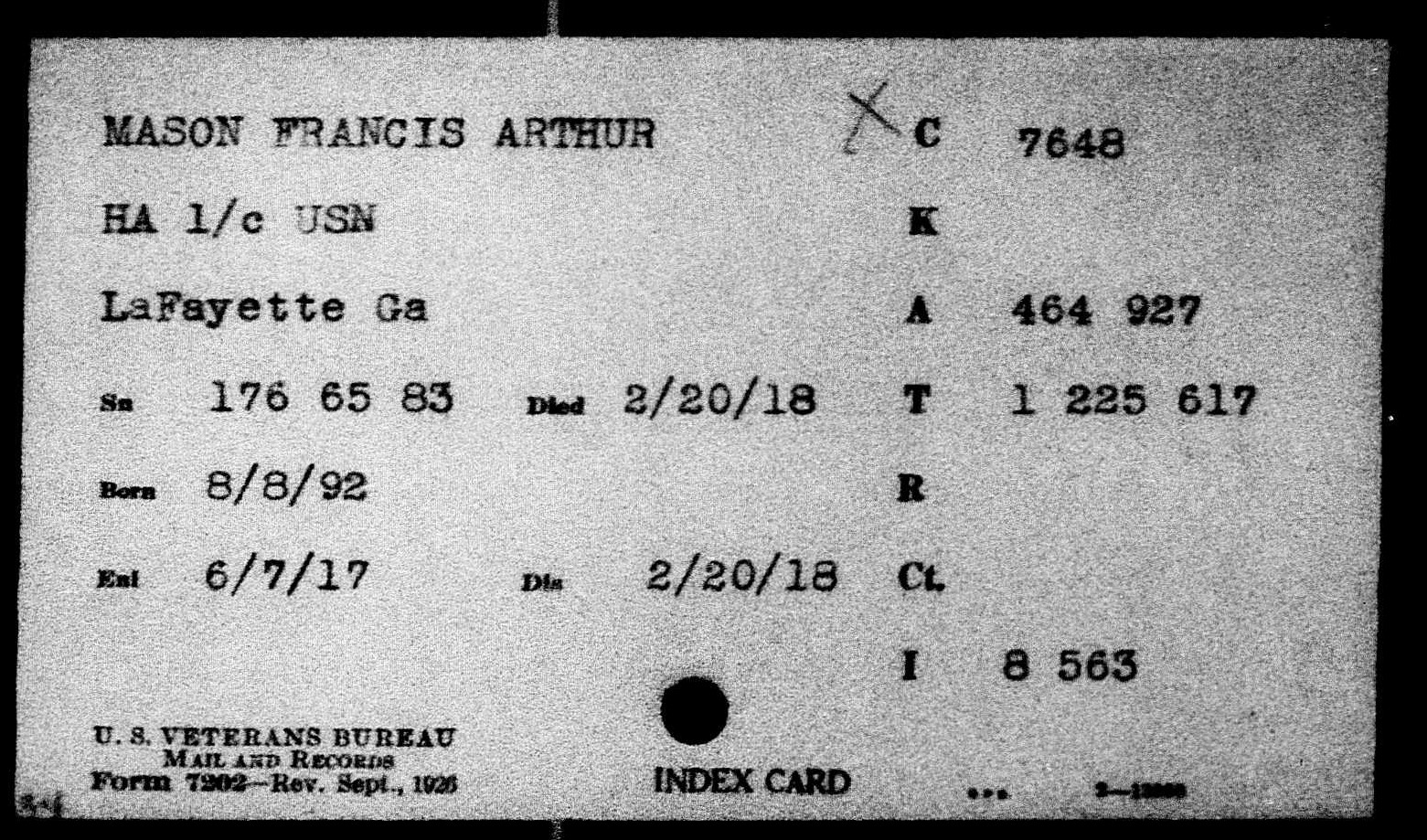 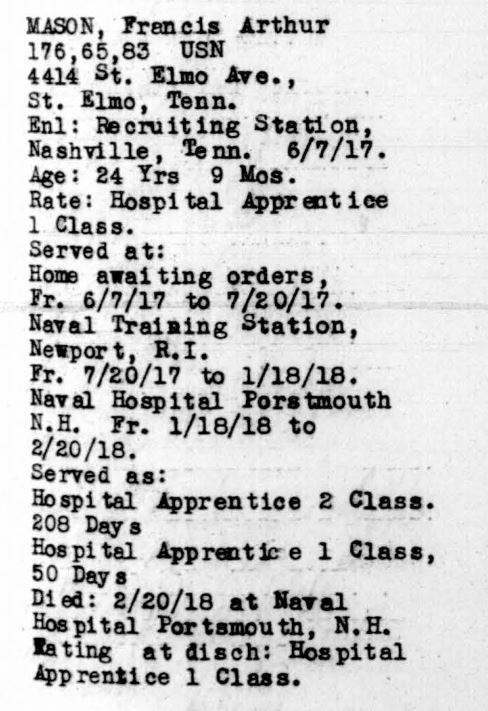