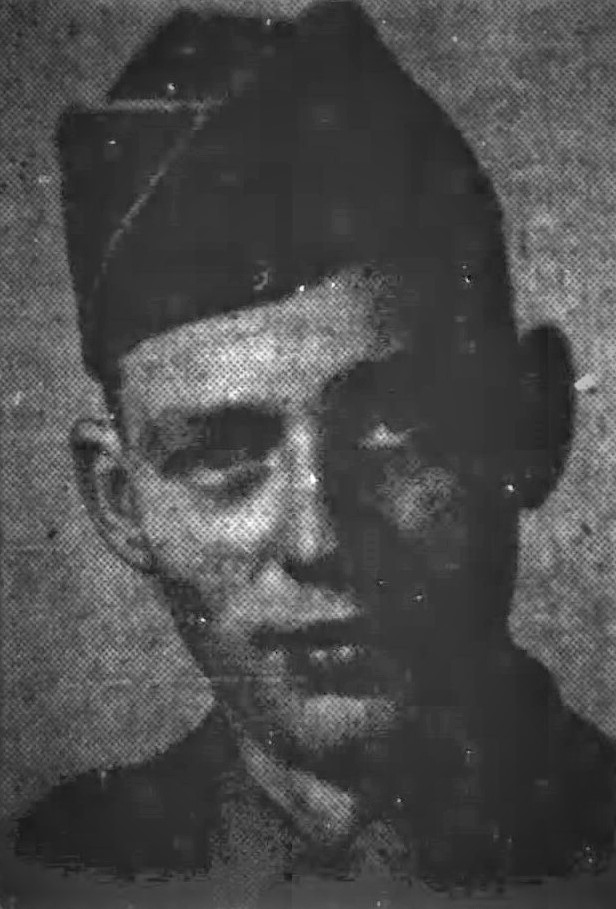 Private First Class Alston was a member of the 27th Infantry Regiment, 25th Infantry Division. He was killed in action while fighting the enemy in North Korea on August 5, 1951.

Foster was returned to his hometown and funeral services were held December 9, 1951, at Myers Grove Baptist Church with burial following at Drummond Cemetery. Military Honors were rendered by Claiborne County Veterans of Foreign War Post 8779.

The Hancock County News, August 22, 1951
Pvt Alston made the supreme sacrifice in the service of his country last week when he met death while in action in Korea. The news of the death of the young soldier who left his native county some few short months ago was received here with much regret.
Pvt. Alston is the son of Mr. and Mrs. James Alston of route 1, New Tazewell, who with two brothers and two sisters survive him. He was 18 years old and volunteered for service and during his training was highly commended for his manly and soldierly ability. The young soldier completed his basic training at Camp Breckenridge, Ky., in March of this year. 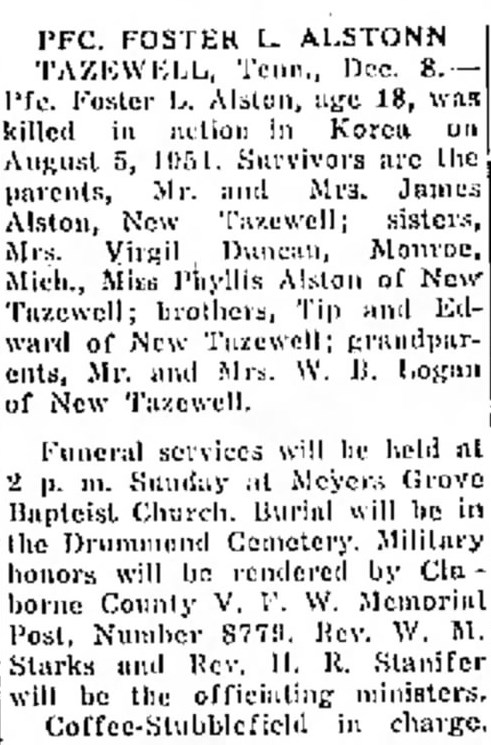 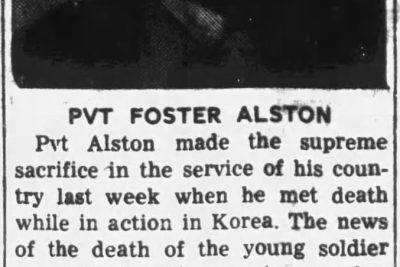