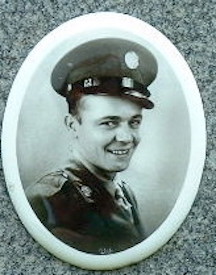 I have an uncle, Forrest Mitchell Cook, who died on Anzio Beach in Italy on March 1, 1944 ( WW II). His date of birth was 12/07/1921, he was in the Army. His family home was on Laurel Road, near Clinton, TN in Anderson County. Parents were Posey and Martha Cook, he was not married. He was my mother’s brother and I have heard lots of stories about his courage and abilities in the Army.
-Submitted by Helen Fowler

Clinton Courier News, Aug. 5, 1948
Services will be held at the Black Oak Baptist Church for Pfc. Forest M. Cook who was killed on the Anzio beachhead March 1, 1944. His body was returned Wednesday. He was 22. He is survived by his parents, Mr. and Mrs. Pozy Cook Clinton, Route 3; four brothers, Elbridge of Athens, Elmer and James of Clinton and Pfc. Willie E. Cook, who is with the Army in Japan; five sisters, Mrs. Dorsey Long of Leinarts, Mrs. Elmer Hooks, Mrs. Earl Foust, Mrs. George Hooks and Mrs. Sammy Jones all of Clinton. 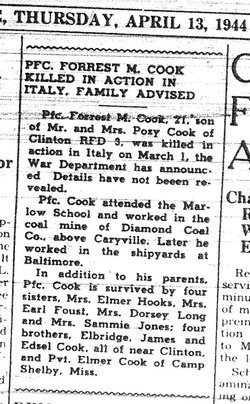 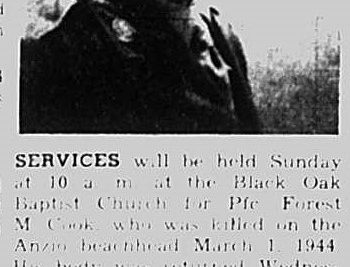 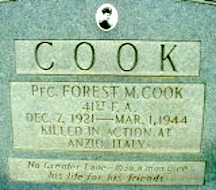