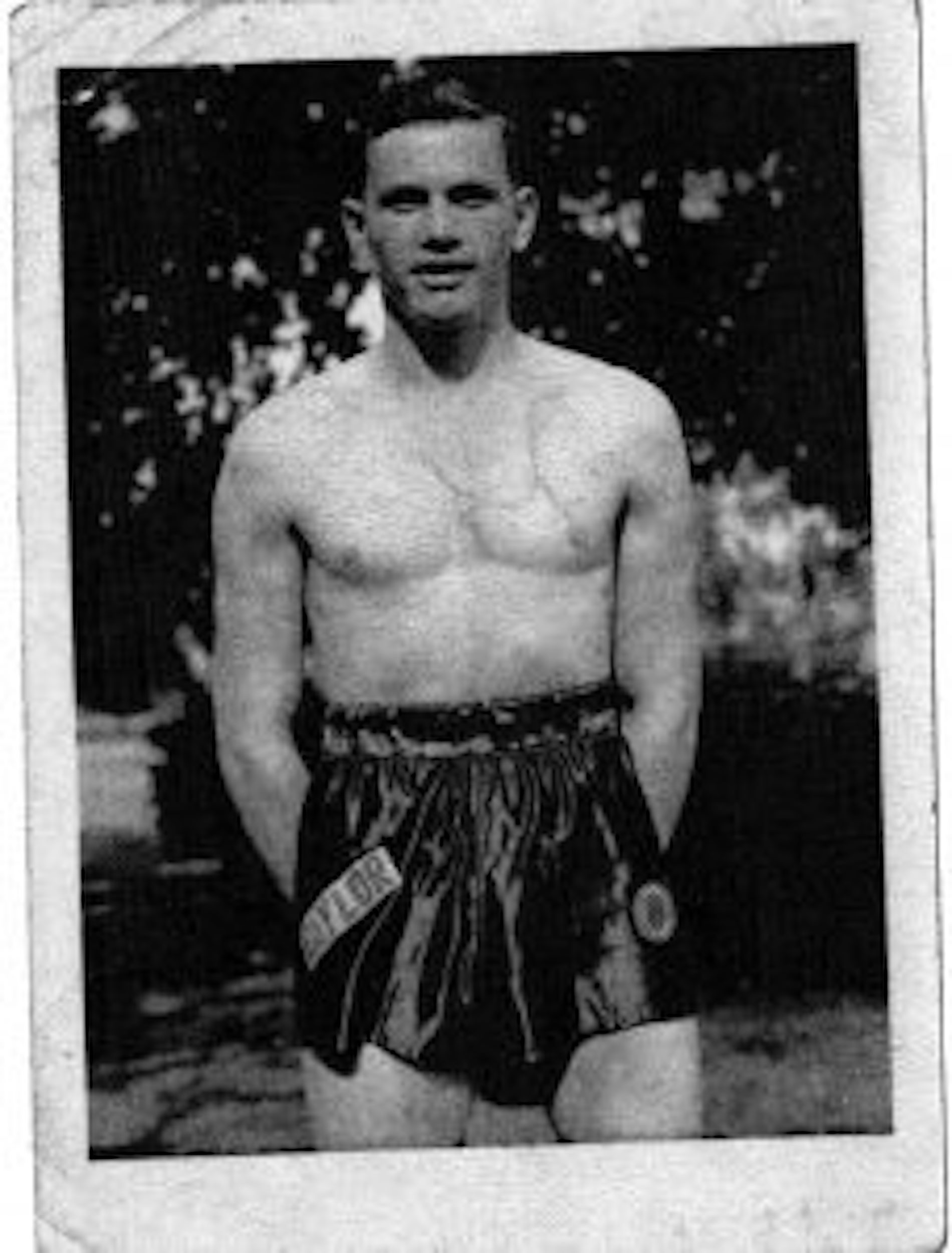 T/Sgt. Taylor’s last stateside address  was from Platemouth, Nebraska. He is pictured at the Schofield Barracks in Hawaii where he boxed in the army and won championships in three different weight classes. He was later transferred back to the states and reassigned to the 66th Infantry Division, 264th Infantry Regiment, Company B, 1st Platoon.  Killed in action on Christmas eve in 1944 aboard the SS Leopoldville, a Belgian Troop Ship when it was torpedoed and sunk by the German U Boat # 486, 5 miles of the coast of Cherbourg, France. His body was recovered and returned to the states after the war.

The Knoxville News-Sentinel, February 4, 1945
Tech. Sgt. Forrest D. Taylor, son of Mrs. H.S. Taylor, 1103 Hoyt Street, formerly of Johnson City, was killed on Christman day when the troop ship he was on went down in European waters. Sgt Taylor had been in the Army 11 years. He was stationed in Hawaii for seven years before the war. He is survived by his mother, two brothers, Cecil R. Taylor, 703 Hoyt Street, Ship’s Cook Robert V. Taylor, now on Saipan; two sisters, Mrs. O.M. Walters, 521 Orlando Street, and Mrs. R.E. Donahoe, 204 Burwell Avenue; and his wife, Mrs. Tony Taylor, and daughter Toni Ann of Plattsmouth, Neb. 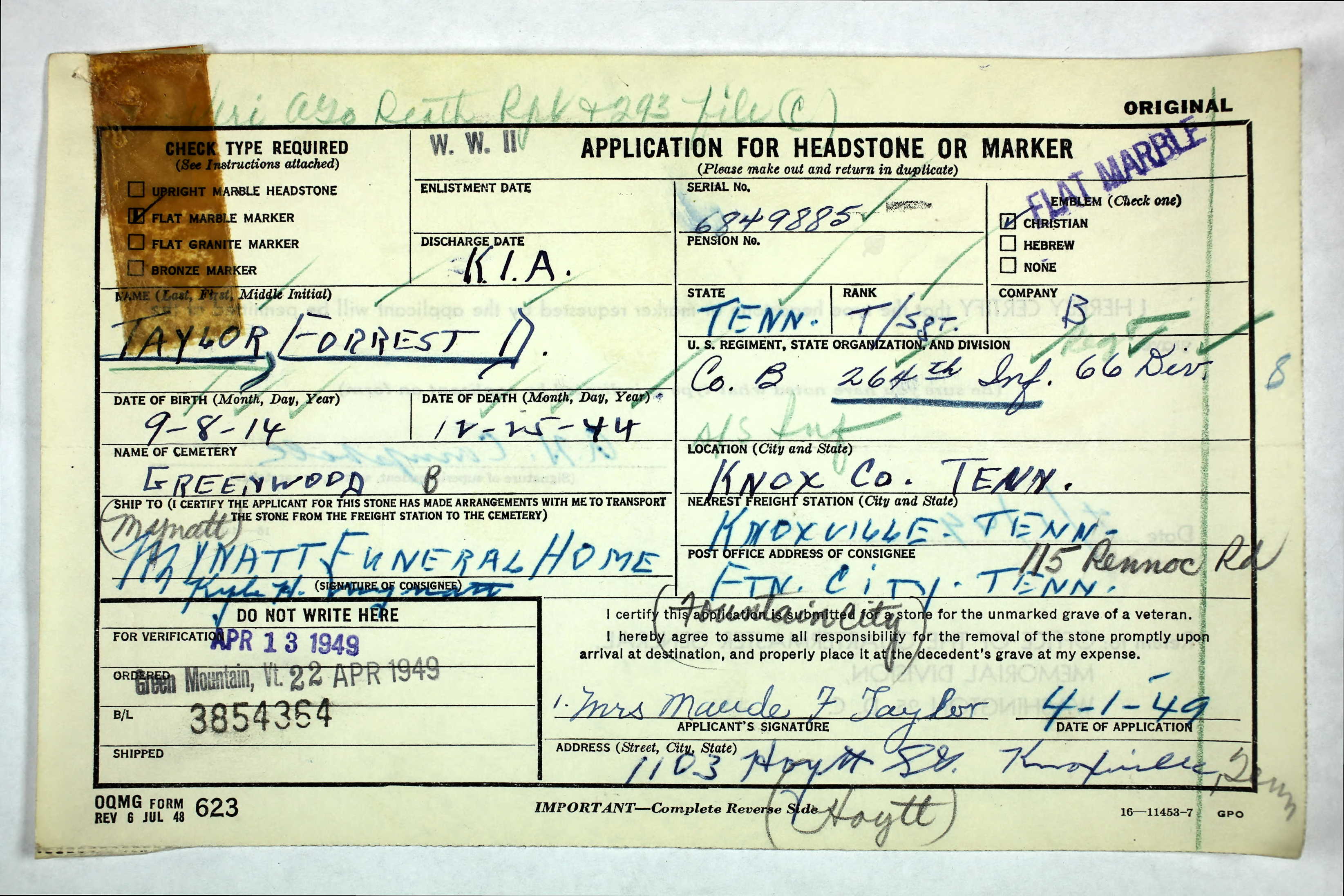 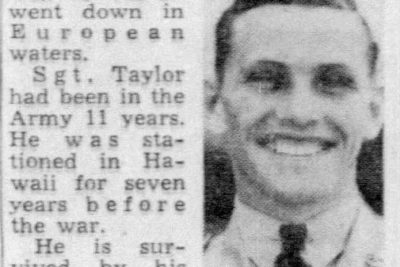