Floyd Bernard East served on the U.S.S. Monssen (DD436). The Monssen was hit by torpedoes and lost in the night of 12/13 November 1942 at the Battle of the Solomons.

Floyd East was officially declared dead on 14 November 1943. He is memorialized at Fort Bonifacio, Manila, Phillipines.

“Purple Heart Given Posthumously to Floyd Bernard EAST. Floyd Bernard EAST, Seaman first class, has recently been awarded the Purple Heart with three stars posthumously for wounds which resulted in his death November 14, 1943. He volunteered for service Feb. 20, 1942, and served overseas since April, 1942. He was serving aboard the U.S.S. Monsse, which was sunk by enemy action in the Third Battle for Savo Island at the time of his death.”
–The Rockwood Times, Thursday, 29 Jun 1944, Vol. 64, No. 30. 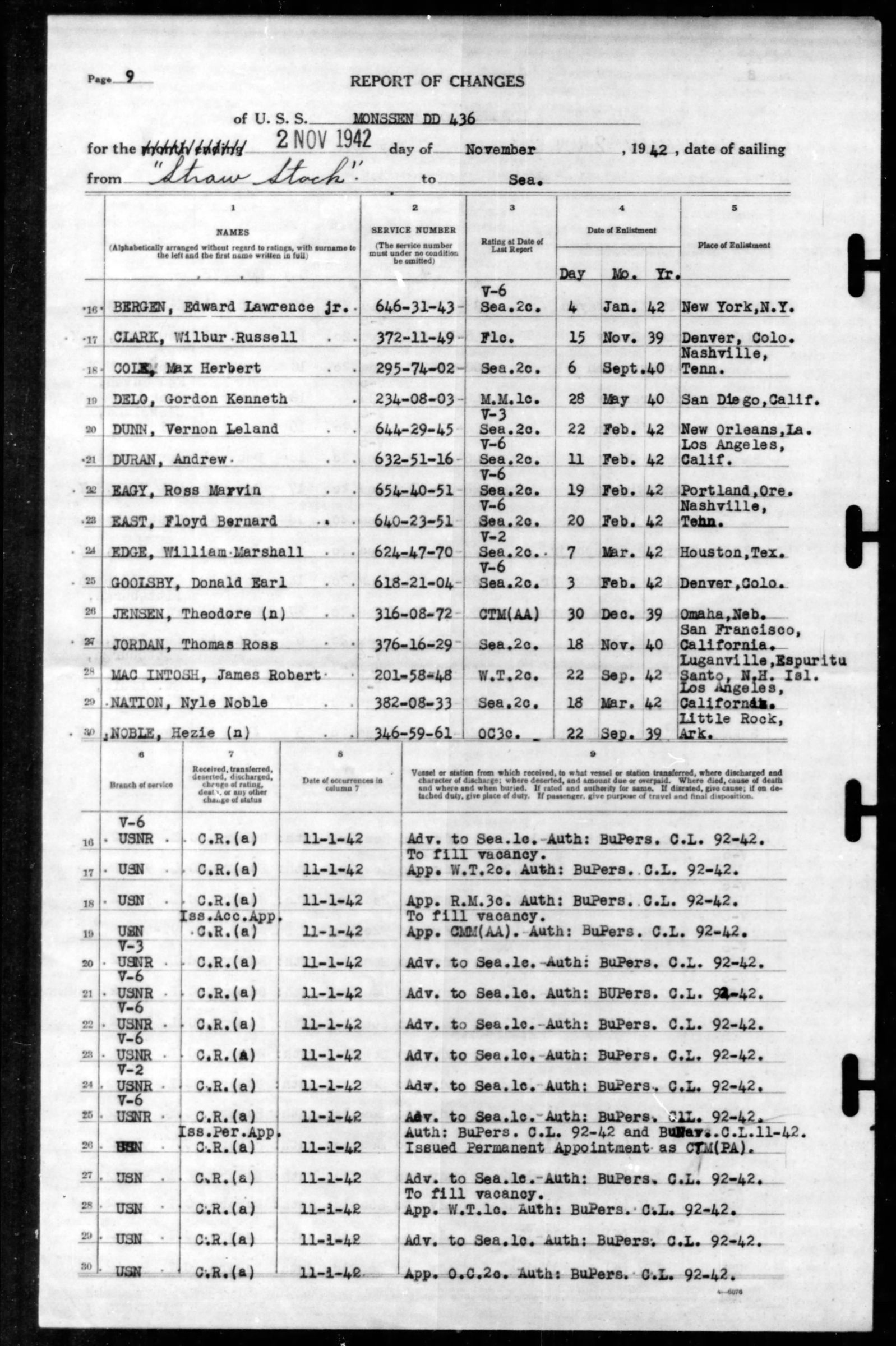