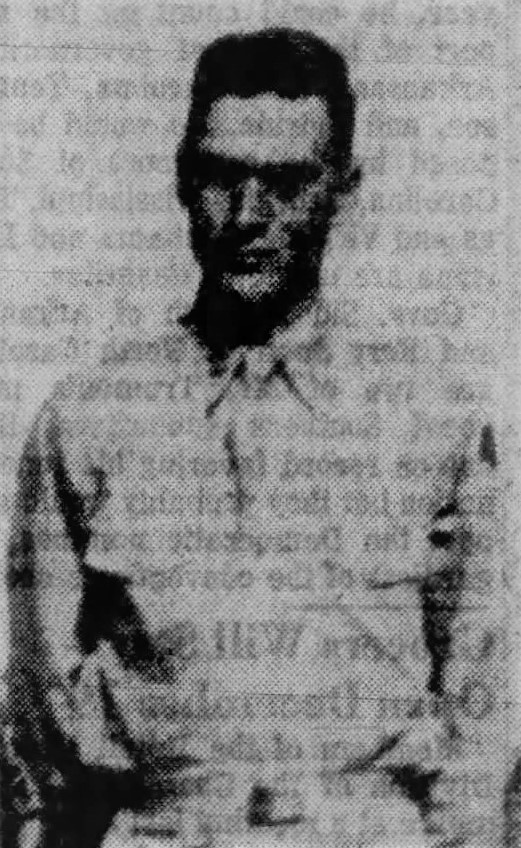 The San Bernardina County Sun, 8 December 1951
Army Doctors lose battle to save man’s life. A team of U.S. Army Doctors lost a 15-hour surgical battle to save the life of Pfc. Floyd A. Snyder Jr., 20, of Carderview, Tenn., yesterday, after the soldier was crushed by a 46-ton tank during a routine training problem at Camp Irwin.
The young tankman was a member of the 141st tank battalion, which arrived recently at the Army’s new armored combat training area from Ft. Campbell, Ky., for an intensive five-week combat workout.
According to the public information spokesman, a board of inquiry has been appointed to determine how the soldier fell beneath the tracks of the M-46 “General Patton” tank as the unit neared the completion of a tactical exercise.
The death of the Tennessee draftee was the first casualty as the result of a training accident in the six months since Camp Irwin was reactivated to prepare tank men for combat under realistic battle conditions. 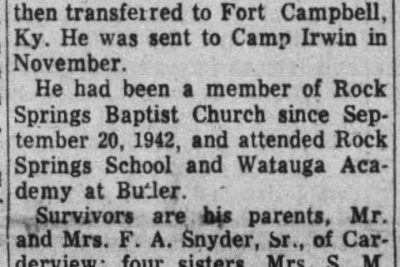