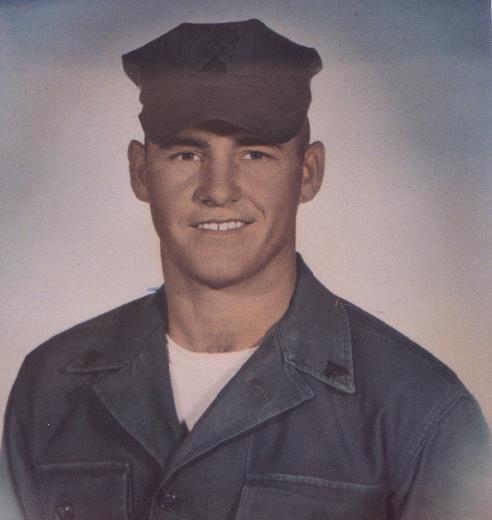 Fletcher M. Seeber, Jr., was born on March 1, 1946, in Frost Bottom, outside the small town of Oliver Springs located in the hills of East Tennessee. There were three brothers and three sisters in his family with Fletcher being the second-born of the three sons.

After the 1962 football season at Oliver Springs High School, Fletcher was chosen by his teammates to be one of the team Captains for the 1963-1964 season. This was a well-deserved honor for Fletcher. While only about five foot nine and one hundred eighty pounds, Fletcher played at an intensity level far above his size. Sadly, his senior football season was not to be. On the opening play of the preseason Jamboree held at Harriman in August of 1964 Fletcher was to suffer a career-ending knee injury. His football playing days were over. Fletcher still took his responsibilities as a team Captain to heart and continued to rally the team with his enthusiasm and leadership for the remainder of the season.

Little did they know at the time that four members from this team would eventually enter the Marine Corps and all would serve in a line company in Vietnam. One would be wounded, two would make it through unscathed and one, Fletcher, would lose his life.

In June of 1964, soon after graduation, Fletcher along with three classmates enlisted in the Marine Corps. Fletcher was sent to a Naval Communications Station in Morocco, North Africa. He was to spend some eighteen months as a Guard Marine. He also was trained as a dog handler and had a German Shepherd as his partner. I was told by his brother years later that he was very attached to the dog and was very saddened when his tour was up and he had to rotate back to the states, leaving his dog behind.

Our paths crossed in early 1966 while we both served with the 6th Marine Regiment. Fletcher was with Bravo Company while I was a member of Alpha Company. The Marine Corps keeps a combat ready battalion in both the Caribbean Sea and Mediterranean Sea. This unit is called a Battalion Landing Team and in this case we were members of BLT 1/6. After returning to Camp Lejeune, North Carolina, in August of 1966 it was almost a certainty that since I was only starting into my second year of a four-year enlistment that I was on my way to Vietnam. Fletcher on the other hand was into his final year of a three-year enlistment and it was unlikely that the Marine Corps would send him into combat. This policy would change in the years to follow. One day after liberty call had been sounded and the barracks was nearly empty Fletcher and I were sitting on the stairs shooting the breeze when out of the blue the subject of Vietnam came up. Trust me – in the Marine Corps of 1966 Vietnam was always the topic at hand. I could tell that Fletcher had been thinking a great deal about what he was going to say before he spoke. “”You know, I have been thinking about extending my enlistment so I can go to Vietnam with you””, he said in a serious voice. It was apparent that this was no place for a frivolous reply so I said something to the effect that “”He had served his time and should go back home and continue his education or even start a family.”” It became quickly apparent this was not the response he had hoped for. “”No,”” he said, “”If I serve three years in the Marine Corps with an infantry MOS and don’t serve in Vietnam the people at home might think that I haven’t done enough for my country””. There wasn’t much left for me to say other than “”Well, I think you have done what you have been asked to do””. Many years later I was told by his brother that Fletcher had related to his sister that he somehow felt obligated to go to Vietnam with the young Marines that he had been training for the past year. In any case we changed subjects and within a matter of days I received orders to the Philippines for an eighteen-month tour. My Vietnam tour would come later. I lost contact with Fletcher and I assumed that he had gotten out in June 1967 when his enlistment was up.

On the twenty-second of June 1967 I got a copy of the Pacific Stars and Stripes newspaper and glanced quickly at the front page where they listed the deaths in Vietnam by state and hometown. Oliver Springs, Tennessee, leapt from the page. Even now, nearly thirty-four years later, I can still remember the eerie realization that I knew the name of the person without having to look. I did not look. I threw the paper on my bunk and walked outside for an hour or so. When I came back I picked it back up and sure enough it read Sergeant Fletcher M. Seeber Jr. killed on June 21, 1967. Marines do cry.

Fletcher landed in Vietnam on his twenty-first birthday on March 1, 1967, as a squad leader with 3rd Platoon, Lima Company, 3rd Battalion, 9th Marines. His Battalion left Okinawa by ship and went directly into battle after they landed near the DMZ in the I Corps area of South Vietnam. His unit was in heavy contact with North Vietnamese Army. They were not fighting daytime farmers as in the earlier years of this conflict. The North Vietnamese had heavy supporting fire from North Vietnam and they came to stay. Fletcher’s unit was in daily contact with the enemy. Only a week or so before his death he was wounded by a piece of metal from an enemy grenade. After being treated in the bush he returned to his squad. Fletcher was killed in a grenade explosion on June 21, 1967.

In Alaska his brother Kenneth, who was serving in the Air Force, was told of the death of his brother. His unit leader told him not to wait for the Red Cross request but to hop a cargo plane coming through later that night heading for Dover, Delaware. When Kenneth got on board the giant plane he and the loadmaster were the only two people in the large cargo bay. After take off when Kenneth got up to stretch he glanced to the rear of the cargo bay. It was then he noticed all of the boxes. There was no mistaking what they were. They were aluminum containers used to transport the dead military personal back to the United States from Vietnam. He strolled slowly back to them and he noticed they all had tags attached to them. When he got to the first one he slowly reached out and moved the tag to where he could read what was written on it. The name at the top read Sgt. Fletcher M Seeber, USMC. The loadmaster walked back and asked him if he was okay. Kenneth turned and softly replied “”This is my brother””. The airman said “”I’m sorry, take all the time you need””. So for part of his final journey home Fletcher was not alone.

Fletcher’s final resting place is very near where he was born in Frost Bottom. He rests between his mother and father and near his brother Jerry. Jerry followed his brother into the Marine Corps after Fletcher’s death. He would also serve in Vietnam in a Marine Heavy Artillery Battery. He died of a heart attack in 2000.

There are no monuments to Fletcher in his hometown. No bridges carry his name, only the names of live politicians and long dead businessmen. Nothing at or near the high school football field where he was the Captain of his team bears witness to his sacrifice. 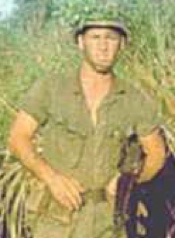