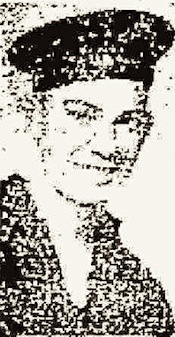 Fleet Fuller Willis was born around 1925 in Tennessee. He served on the U.S.S. LCI(L) 442. He was killed in action near the Marshall Islands-Sharpnel. Buried at sea. He is memorialized at Honolulu.

The Kingsport Times 2 April 1944
Fleet F. Willis of U.S. Navy killed in action.
Fleet Fuller Willis, boatswain´s mate second class, son of Mrs. Audrey Wolfe Willis, 1909 Park Street, Kingsport, was killed in action according to a message received March 22, from the Navy Department by his mother. He was buried at sea with full military honors.
A former employe of the Kingsport Press, Inc., Seaman Willis had been in Service for 14 months. He received his training at Great Lakes, Ill., New York City and Little Creek, Va.
Seaman Willis is survived by his mother; by two sisters, Mrs. Juanita Crowley and Miss Clytee Willis of Kingsport and by two brothers, Fred Willis, Kingsport and Lochiel Willis, who is serving with the Marines somewhere in the South Pacific. 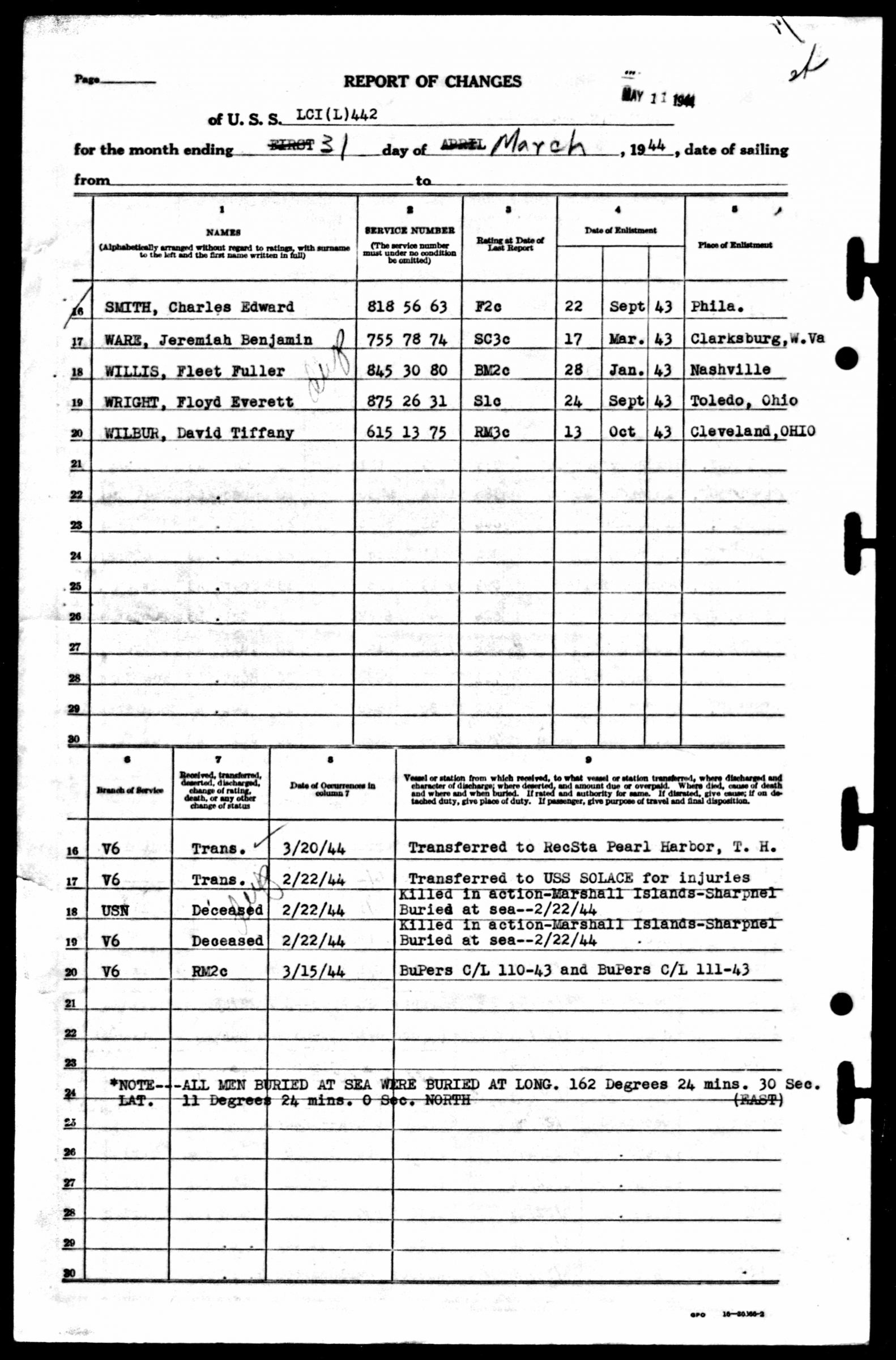