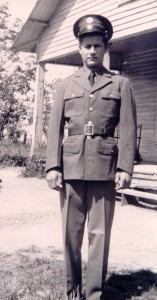 Private Fay Cannon was assigned to the 262nd Infantry Regiment, 66th Infantry Division. The Division had arrived in England 26 November 1944, and had completed additional training. The Division boarded two Belgian steamships on 24 December 1944 to cross the English Channel to Cherbourg, France. Five miles off the coast of Cherbourg the SS Léopoldville was torpedoed and sunk. 14 Officers and 748 Enlisted were killed.

Pvt Cannon was Killed in Action on 25 December 1944 and is remembered on the Tablets of the Missing, Normandy American Cemetery, Colleville-sur-Mer, France. His last letter home dated December 21, 1944 read in part, “Don’t worry, and we’ll all be home soon to stay.” The body of the 18 year old  was never found. 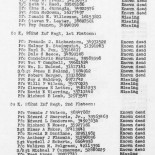