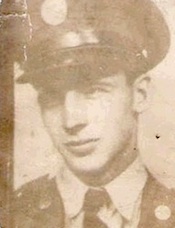 He was assigned to the 47th Infantry Regiment, 9th Infantry Division. The 9th landed at Normandy across Utah beach on 10th of June 1944, (D-Day +4). It then cut across the Cotentin Peninsula, and helped to liberate the port city of Cherbourg, France from the German defenders. Following a rest in July, the 9th attacked the defenses at St-Lo and then moved in to close the Falaise Gap. Continuing with its momentum, it crossed the Marne. It begins the campaign into the area of Saarlautern Germany. It was here that Staff Sergeant Collins was killed in action.He died on the 22nd of September 1944 at the age of 21. Buried at the Ardennes American Cemetery, Neupré, Belgium. Plot C, Row 10, Grave 31. 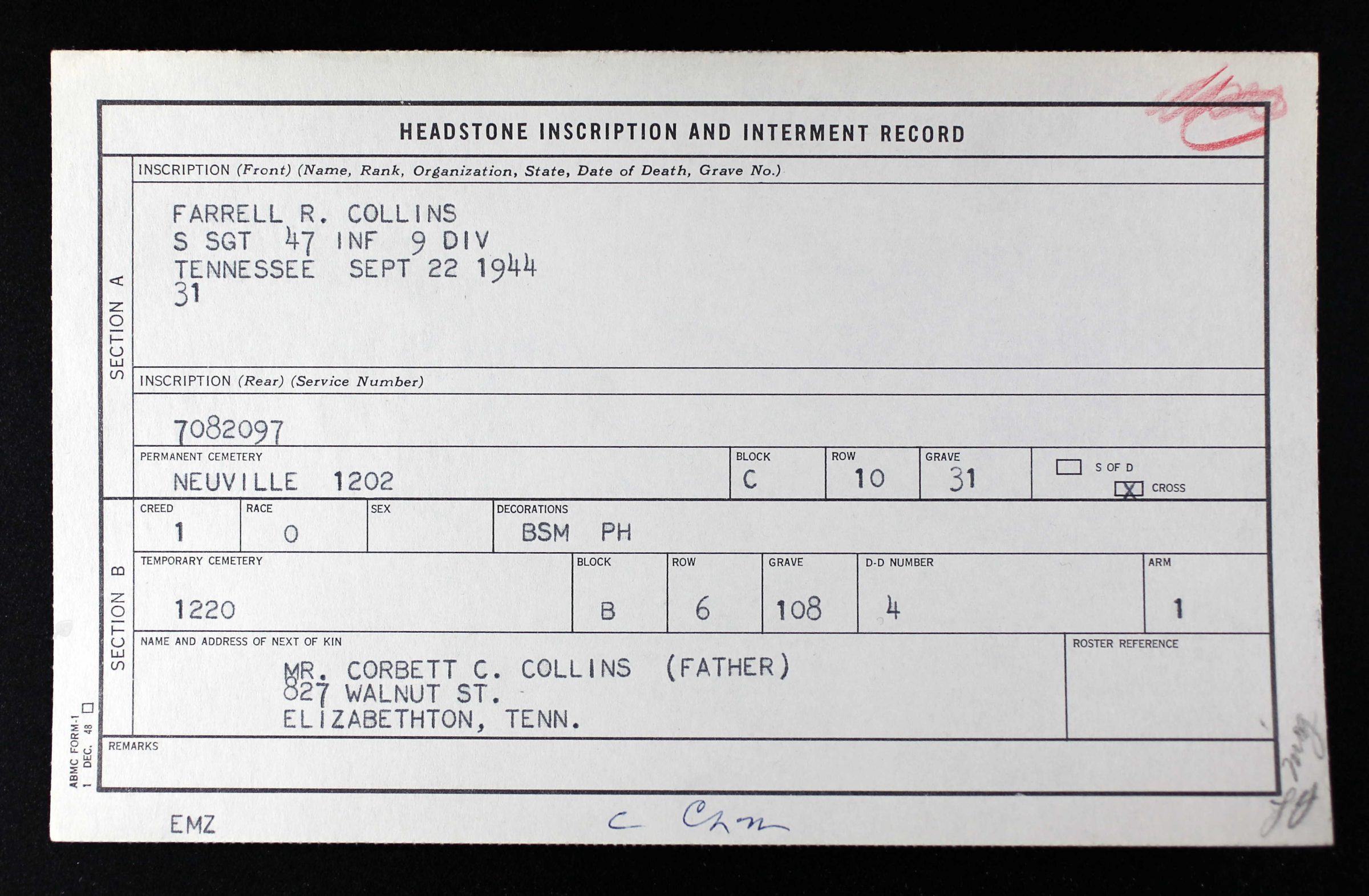