Aircraft B-24D with serial number 42-41002 was on an objective bombing mission to Osnabruck, Germany. When last sighted by reporting crews, A/C 002-2 (Lt. Mays) was in the vicinity of 5238N-0620E. At this point the Group ran into intense flak and concentrated enemy fighter attacks. To avoid the flak the lead A/C took violent evasive action which scattered the formation. In the confusion and subsequent reforming into various groups, the whereabouts of this missing A/C remains unknow. 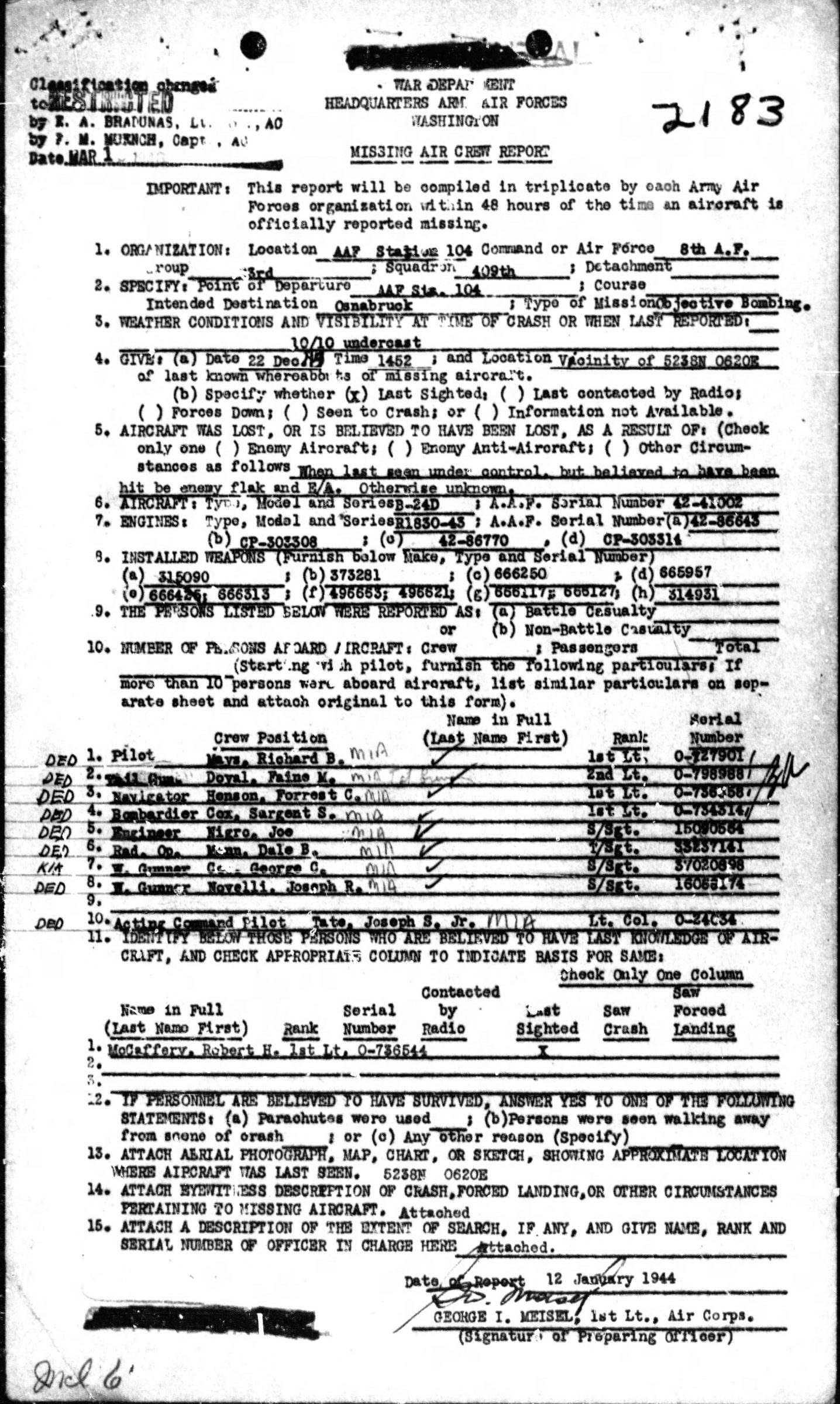 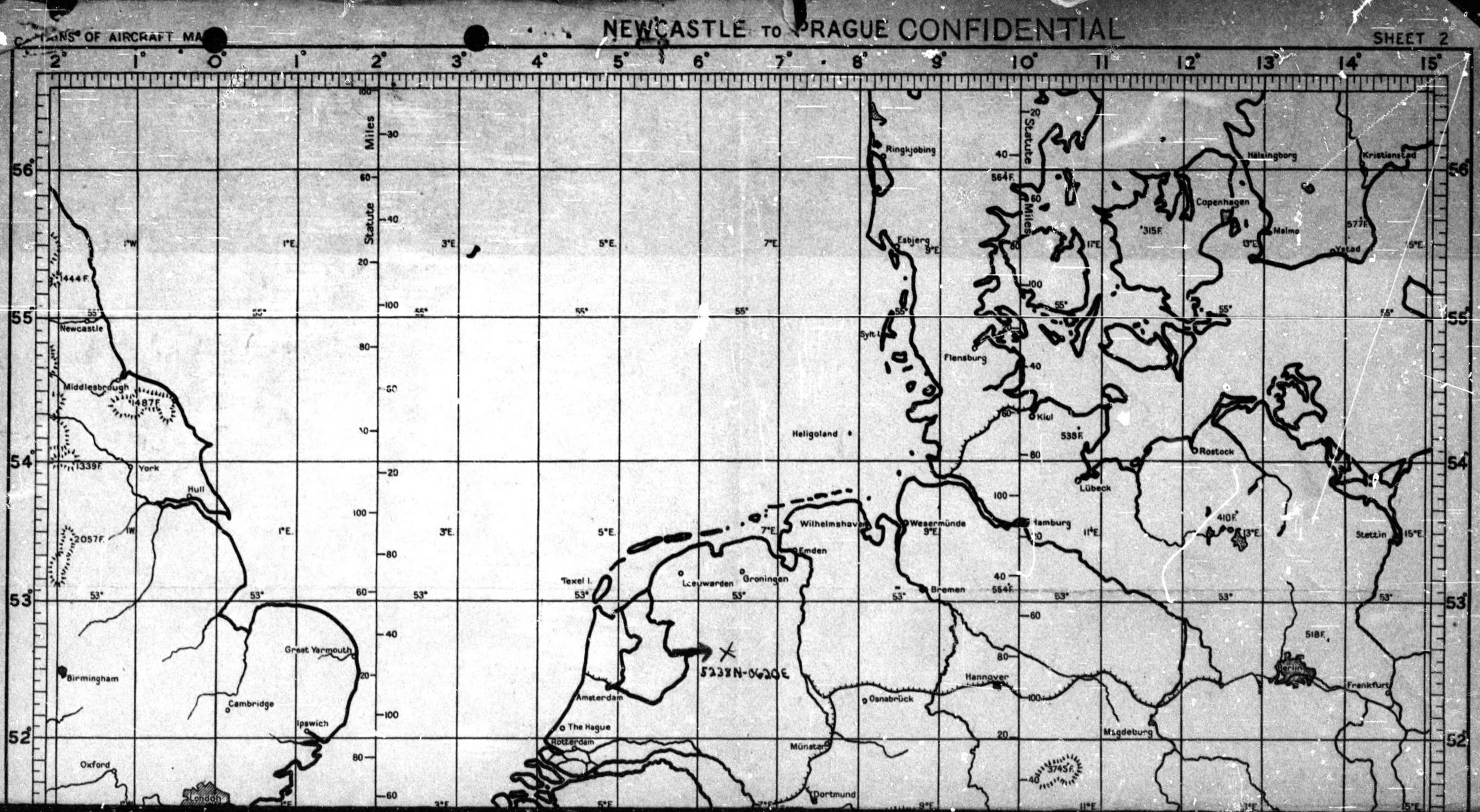