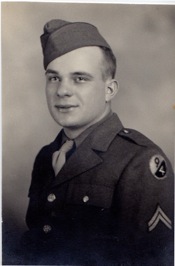 Sergeant First Class Fred Calvin Russell was born in Maryville, Tennessee, on October 16, 1922. His parents were William Fred and Cytha Jane Russell. His siblings were Mary Lou Russell, Ruby Mac Gregory, Nicholas Alexander Russell, Olivia McDonald, and Ruth Jobe. Calvin grew up in Maryville and graduated from Lanier High School in 1941. Prior to joining the military, he managed a service station.

Following in the steps of his older brother, he enlisted in the Army at Fort Oglethorpe, Georgia, on December 9, 1942, and served in World War II. He served in the European Theater, for two or three tours in Germany during and after the war. After his tours in Germany, he continued serving in the Army and fought in the Korean War and Vietnam War. In the Vietnam War, he served as a cannon crewmember in the Howitzer Battery, 1st Squadron, 11th Armored Cavalry. He died at the age of 44 on February 10, 1967,  at Brooke General Hospital at Fort Sam Houston, Texas from wounds caused by an explosive device in South Vietnam. His death is listed as a hostile, ground casualty. He is buried in Grandview Cemetery in Maryville, Tennessee (Lot 73, Section 9, Space 4)

“Calvin, as his family called him, was the brother of my stepfather, Nicholas Russell, who died in 1995. Both of them served in Germany during WWII, then in Korea and finally, Vietnam. From the recollections of my stepdad and his sisters, we understood that Calvin was climbing into a tank that was on fire to help one of the crew members out when it exploded, burning him severely, he died several weeks later.” – David Love 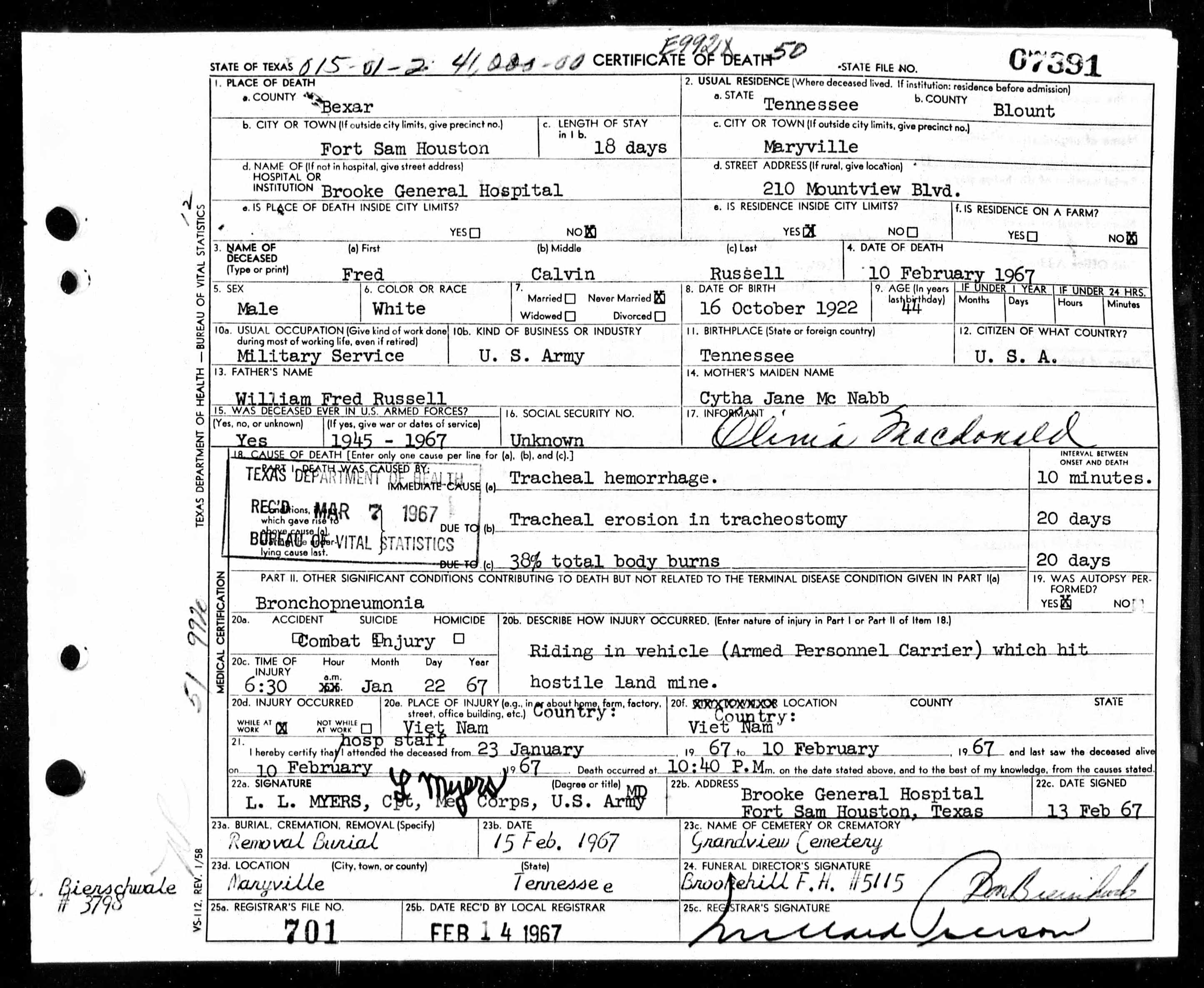