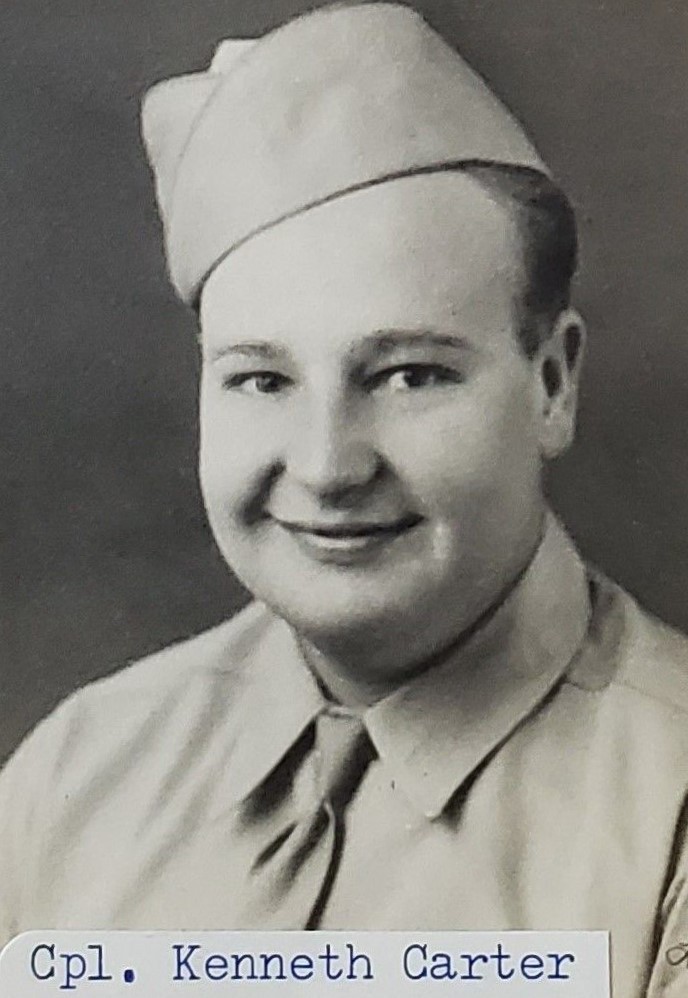 Evert Kenneth Carter was the son of Henry Austin Carter and Alma Price. He enlisted on 5 November 1942 at Fort Oglethorpe in Georgia. He was killed in action in the invasion of Leyte, Phillippine Island.

Rogersville Review, January 25, 1945
On Monday December 4th, Mr. and Mrs. H.A. Carter received from the War Department a telegram saying their son, Kenneth Carter, had been killed in action on Leyte, in the Philippine Islands.
Two weeks ago the Carters received the details from three of Kenneth’s buddies. They were as follows: Kenneth came ashore in the afternoon of October 20th and was landed at the town of Dulag on the Western coast. He and a buddy with the others had dug two-man foxholes and sat down to rest a short distance from the beach. A sniper began firing in their direction. Kenneth raise up to see of all was safe for them co come out. The sniper fired, Kenneth was hit twice, either shot would have been instant death. His buddy said: “He never knew what hit him.”
The American dead were buried in a cemetery at Dulag on Leyte Island in the Philippines.
Kenneth would have been 23 years of age on December 4, 1944. He was the Carters only child. He was a member of the Choptack Baptist Church. A graduate of the Rogersville high school and the Johnson City Business College, he had worked for the Civil Service Commissionin Washington, D.C., 18 months prior to entering service.