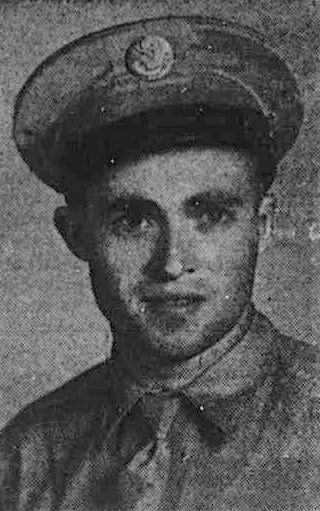 He is the son of W.T and Flora K. Norris and the brother of my mother, Hazel M. Norris Sapp.
-Submitted by his nephew, Dennis Sapp

Crossville Chronicle, September 22, 1944
Mr. and Mrs. W.T. Norris, of Clifty, Winesap Route, have three sons serving in the armed forces of their country. Hobert Norris, seaman second class is serving in New Guinea; Pfc Hubert Norris is serving and France.
Pvt. Everett L. Norris entered the serivce on March 1, 1943. He took his basic training in Camp Swift, Texas and went overseas in the latter part of May. He was in Burma and was wounded in action on the 28th day of July, and died the same day. 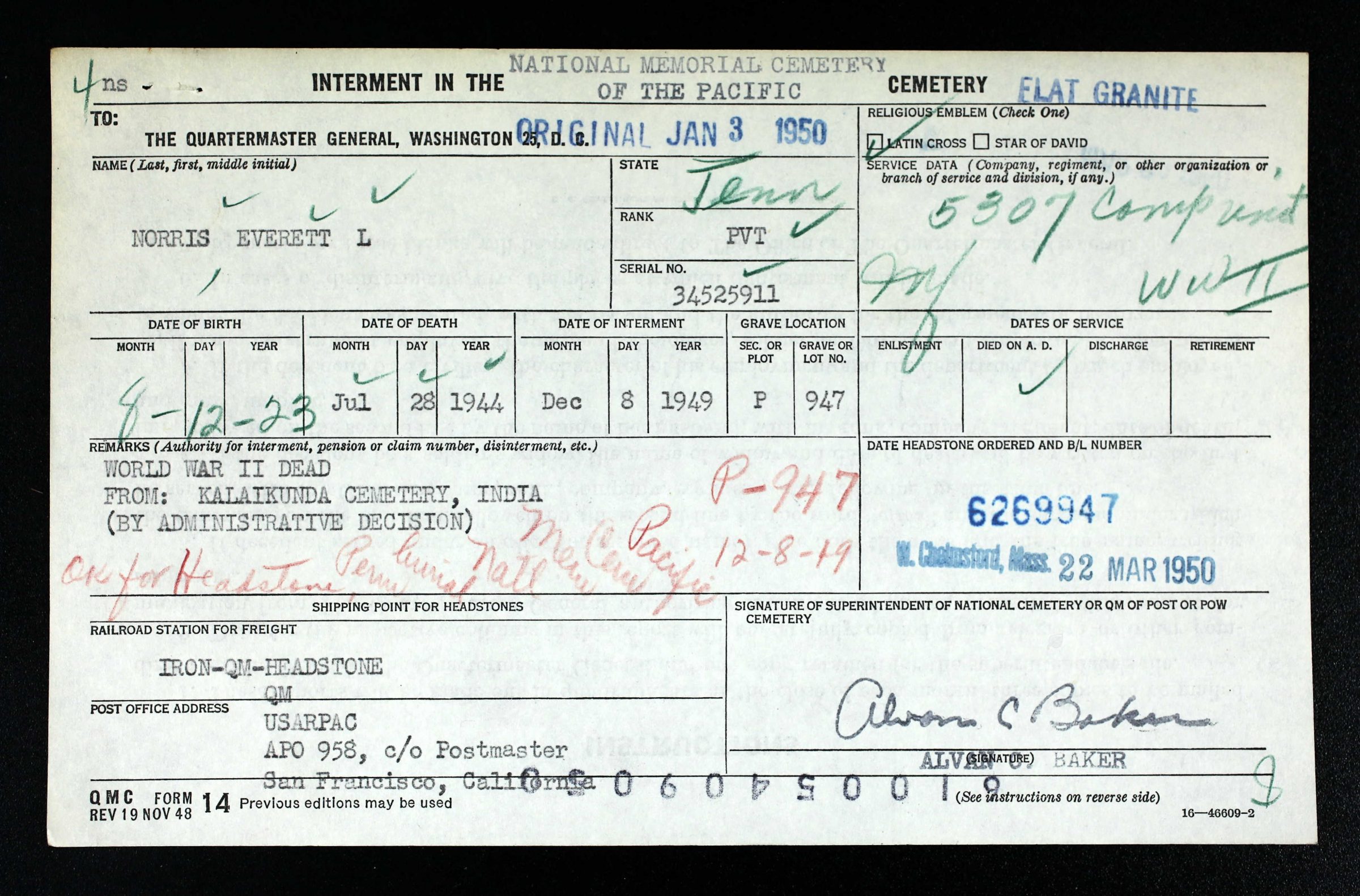 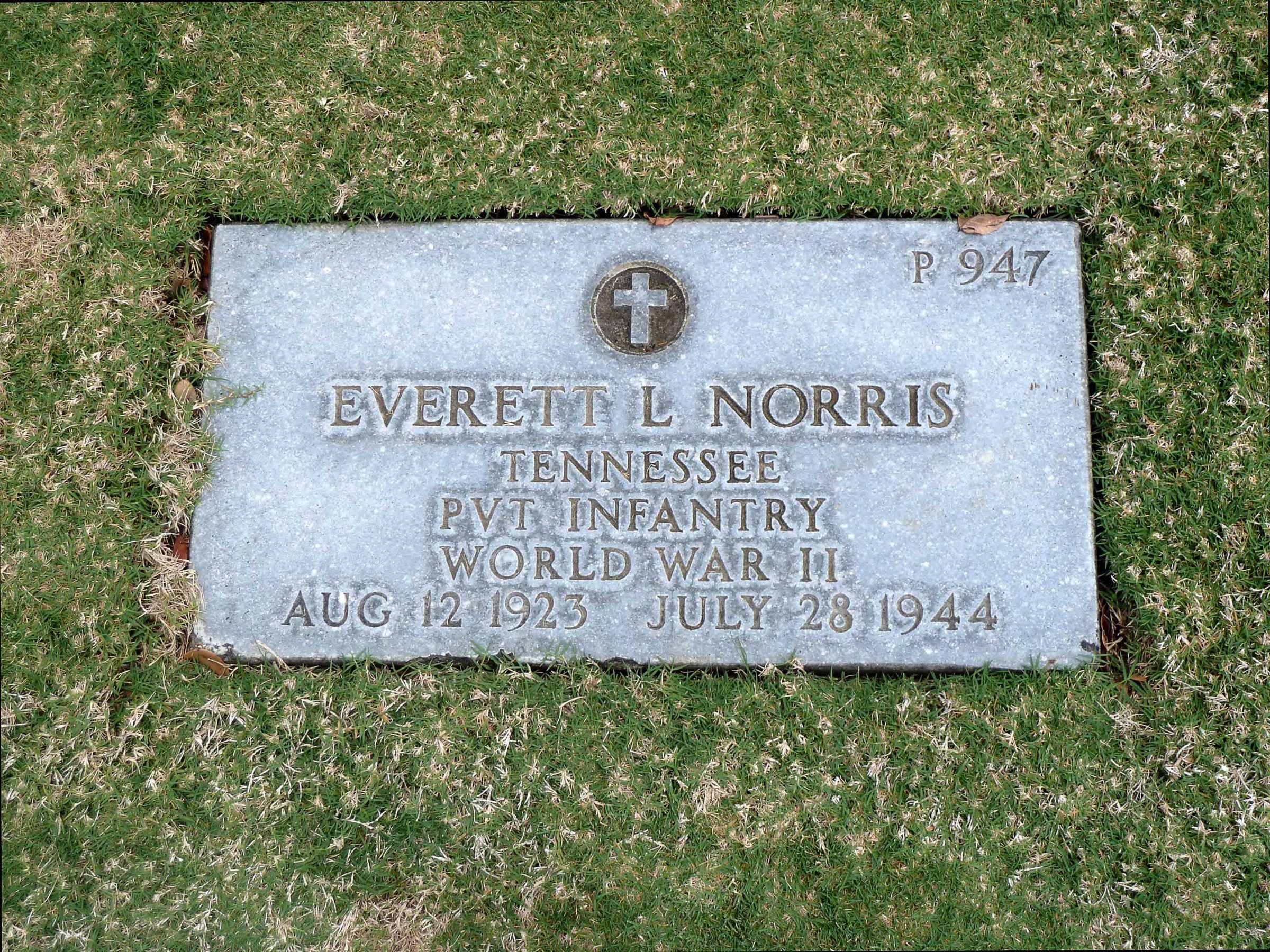