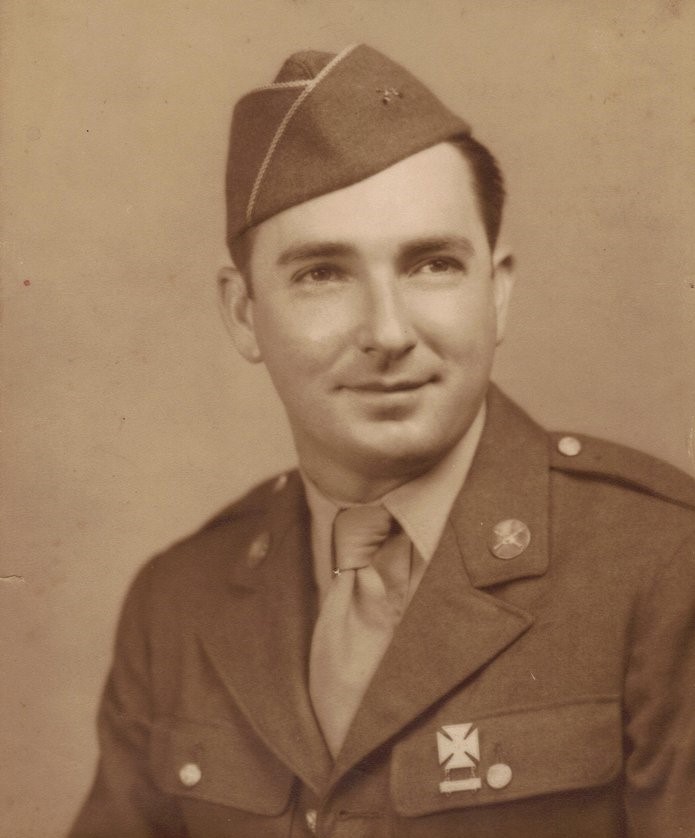 Everett Brown West was born in Murphy, North Carolina to David Crockett West and Callie Missouri Holden. He was first married to Dollie McKeehan. Later he married Nancy Walker and they had a daughter together, Shirley Ann West. In 1943 he married Bill Rudd Burnette. Everett West entered the service on 17 August 1942 at Camp Forrest in Tennessee. He was killed in action in Italy, initially buried at Avellino Cemetery at Avellino, Italy and reburied at Sicily-Rome American Cemetery, Nettuno, Italy, C, 4, 10

The Knoxville Journal, December 24, 1943:
Athens, Tenn., Dec. 22 – Cpl. Everett B. West, 30, an Athenian, was killed in action somewhere in Italy, Nov. 9, his wife, Mrs. Bill Rudd West, Dixon Avenue, was notified by his commanding officer Tuesday afternoon. An affidavit was enclosed which registered the date of death. As yet she has not received the notice from the War Department but the commanding officer, in his letter stated she would be notified. Cpl. West had been in the U.S. Infantry 16 months. He landed in North Africa last June, and was with the invasion crew in Sicily last July and went on over to Italy. He married Mrs. Bill Rudd Burnette of Athens, Feb. 16, 1943. Surviving besides his widow are one daughter, Shirley Ann West, a daughter by a previous marriage; two step-daughters, Jimmy and Judith Burnette; parents, Mr. and Mrs. Dave West; two sisters, Mrs. Leavon Hicks and Willie Mae West, Athens; two brothers, Fred West of Chattanooga and Gene West of Athens. Cpl. West was paid a high tribute by the commanding officer, Jim D. Keirsey, in the letter to the widow.

Photo below is of West and his first wife Dollie McKeehan 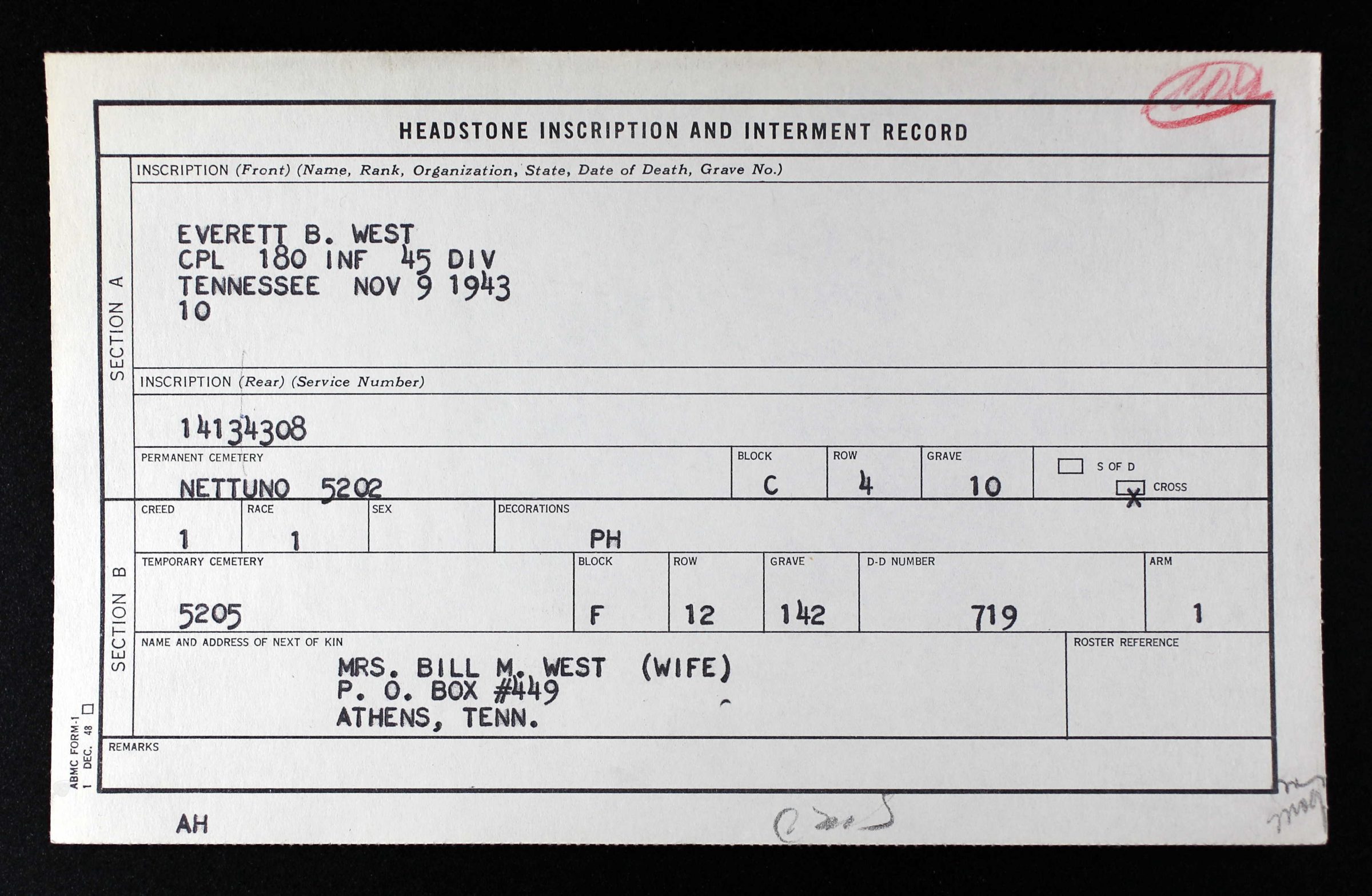 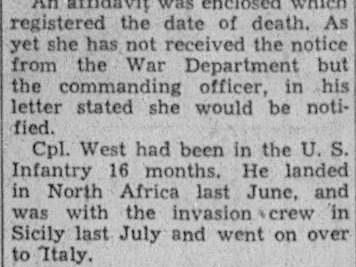 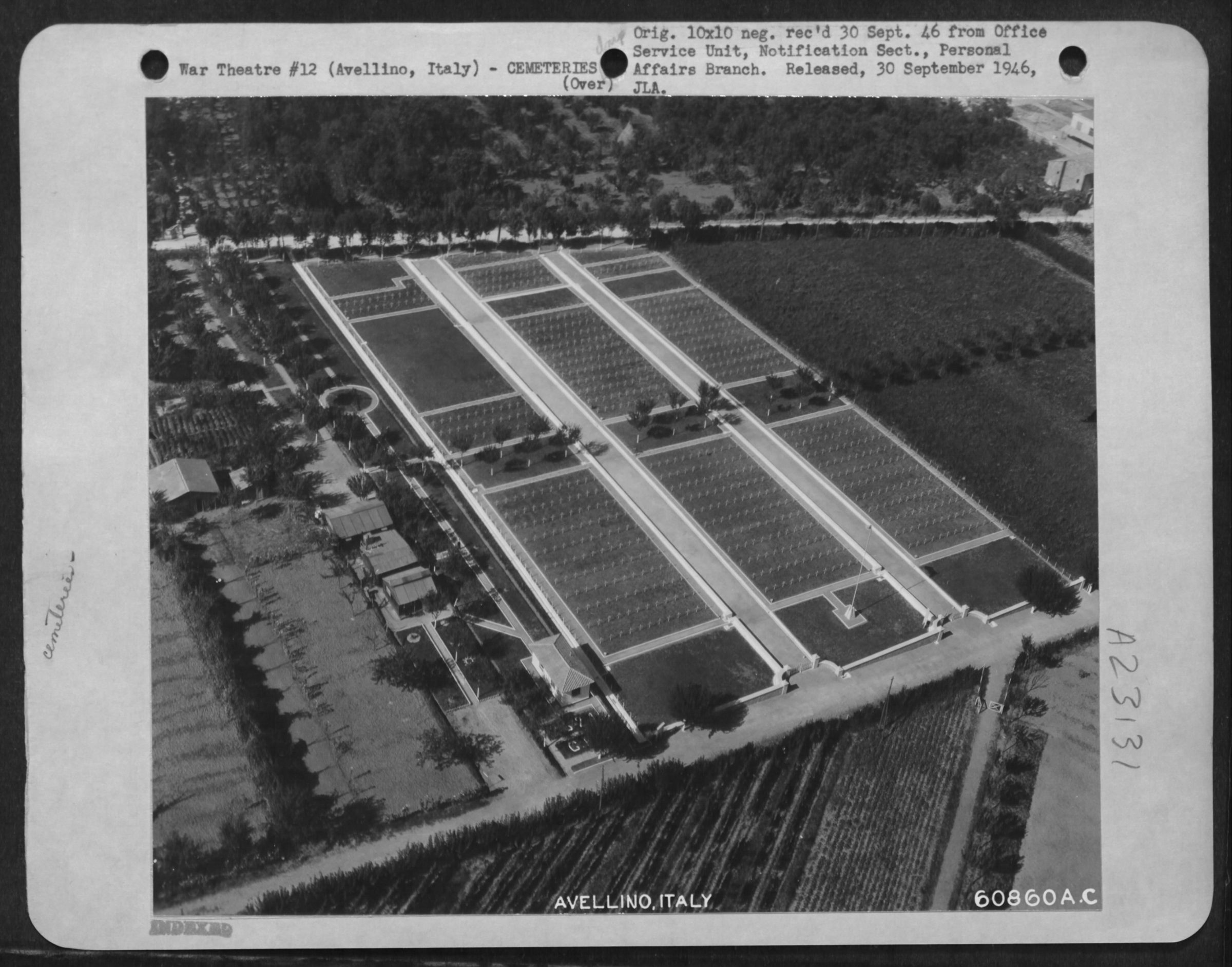 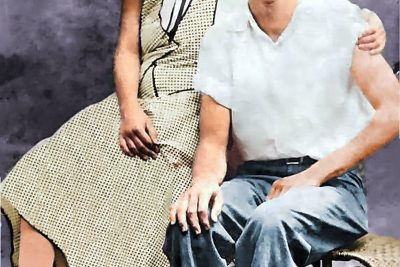 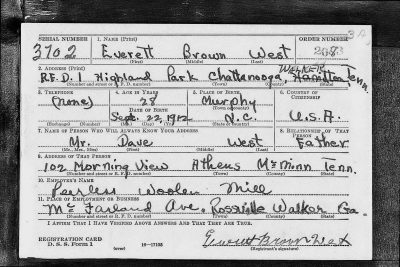 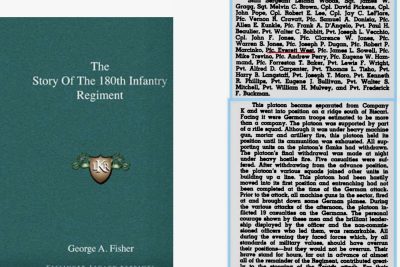