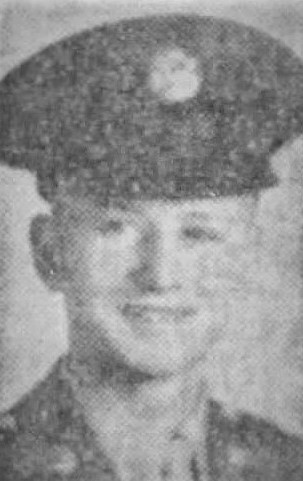 Aircraft B-24J with serial number 42-7522 departed from Shipham on a bombardment mission to Bernberg, Germany.
At 1123 hours in the vicinity of Bernberg, Germany, the right bomb-bay doors failed to open. Bombs on the left side were away but on right side, fragmentation bombs hit the door causing a fire in the bomb-bay. The ship flew for a few seconds and then winged over breaking in two at the waist. Ship went down in flames and explosions. Four bodies were clear of the ship but only two chutes were seen to open. Eugene Roop was initially buried on 19 April 1944 at the cemetery of Bernburg-Roschwitz, Germany

The Knoxville Newes-Sentinel, August 18, 1949
The body of S/Sgt W.N. Roop, 20, was to be returned to Knoxville late today from Germany where he was killed in aerial combat April 11, 1944. He was the only son of the Rev. And Mrs. W.A. Roop of Dante Road. Sgt Roop attended Powell High School before enlisting in the Air Force. He was assigned to the 44th Bomber Group, 1506th Bomber Squadron, Eight Air Force, at the time of his death.
He lease his parents and grandparents, Mr. and Mrs. Joe Roop, Route 7, Knoxville, and Mrs. Bessie Norman. 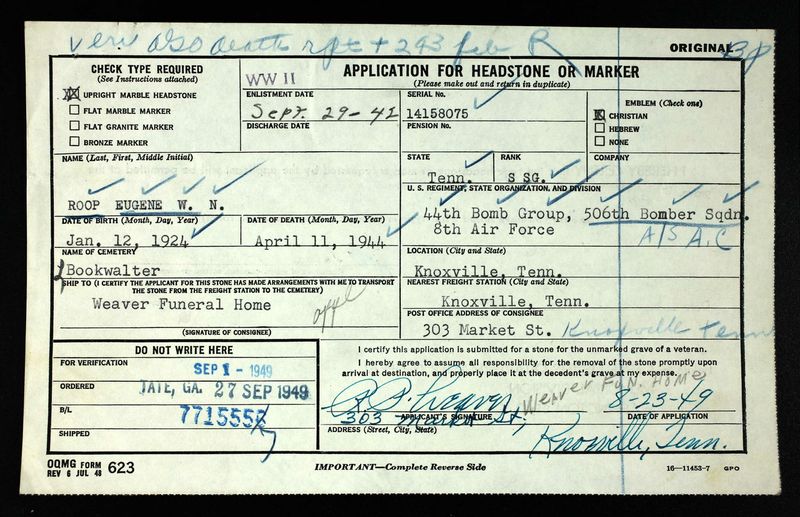 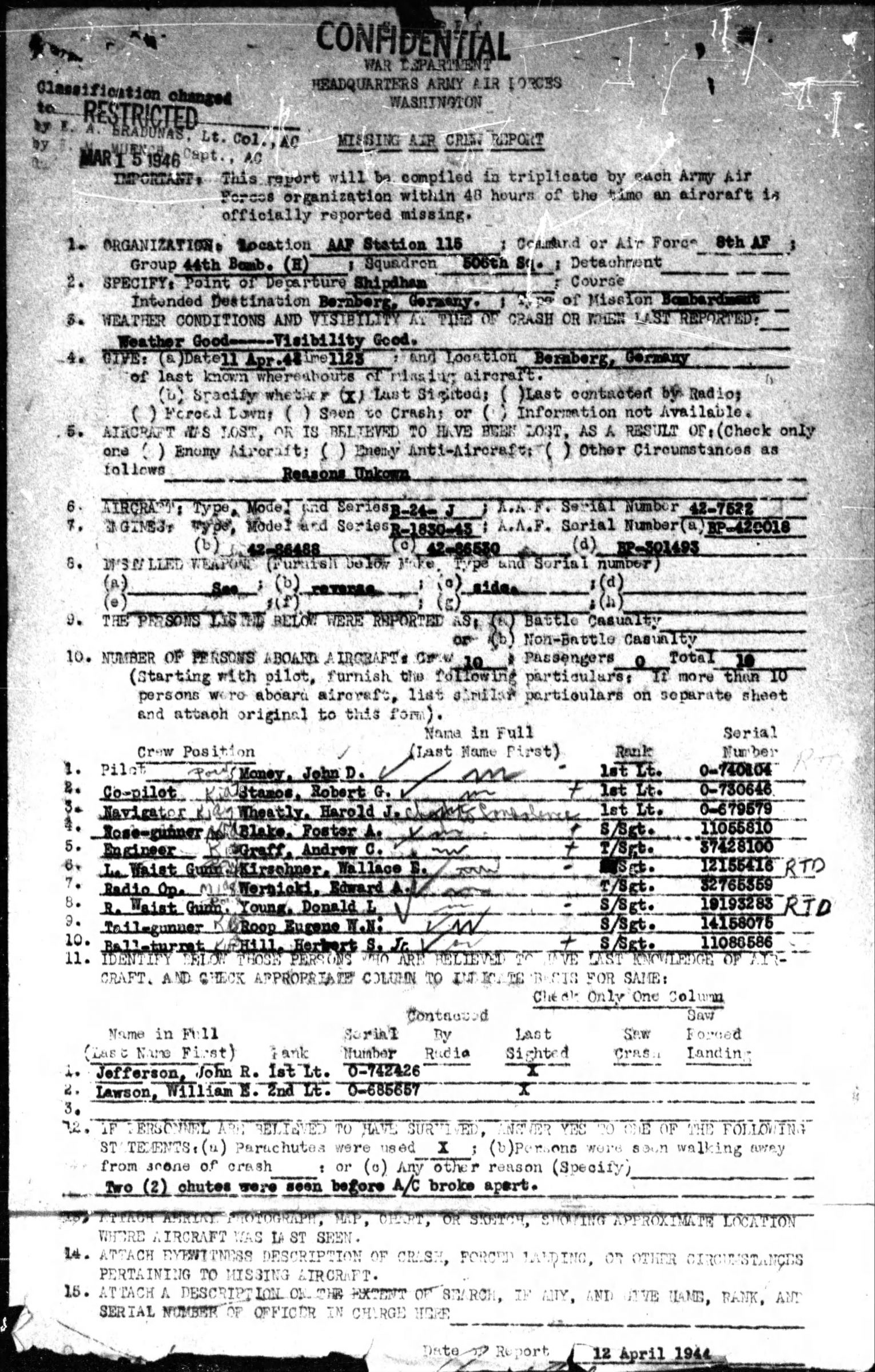 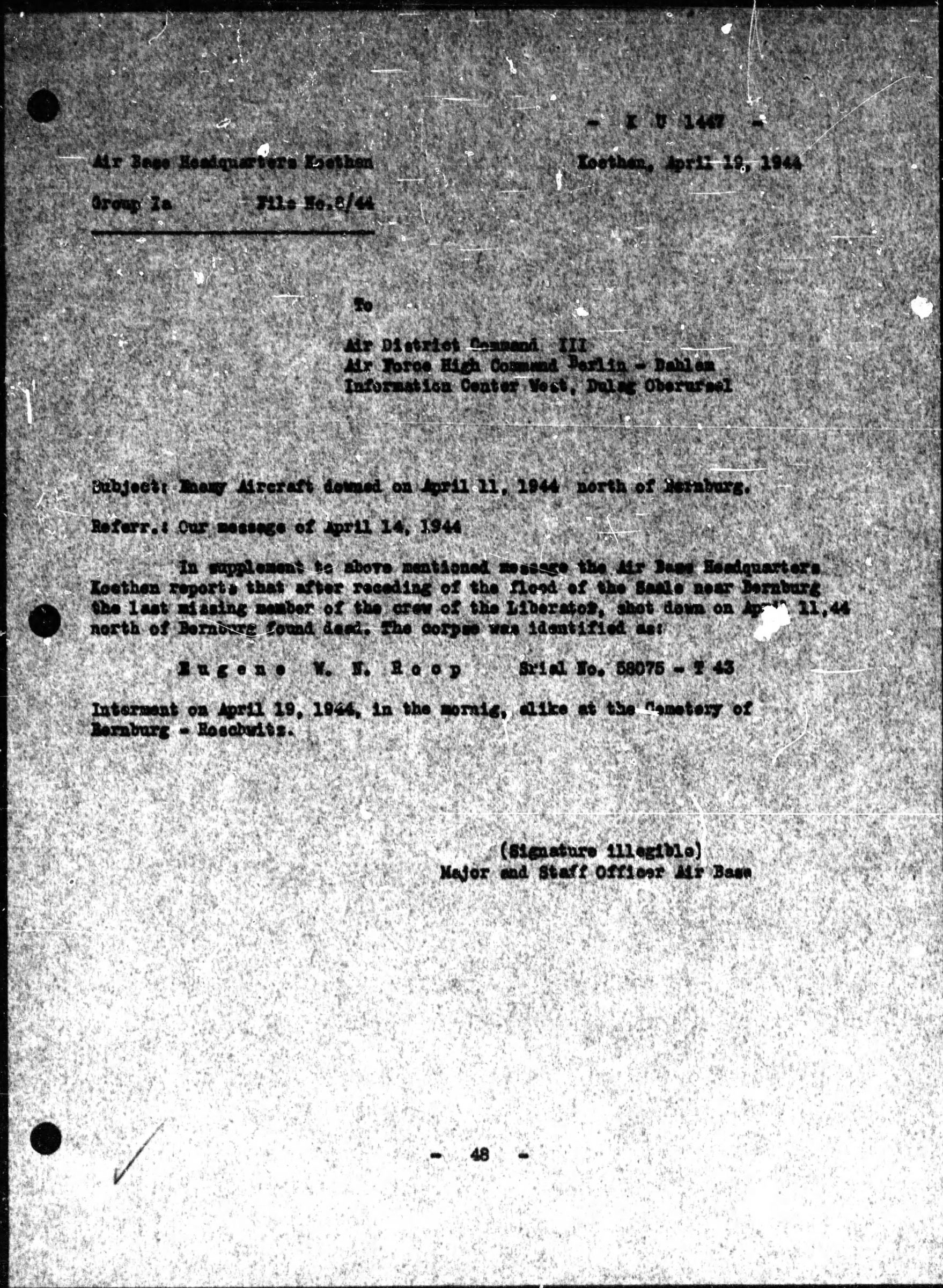 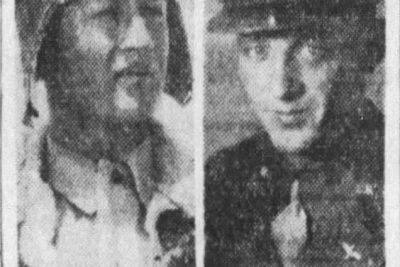 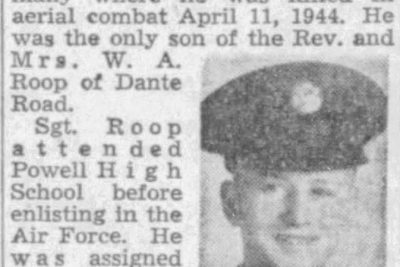