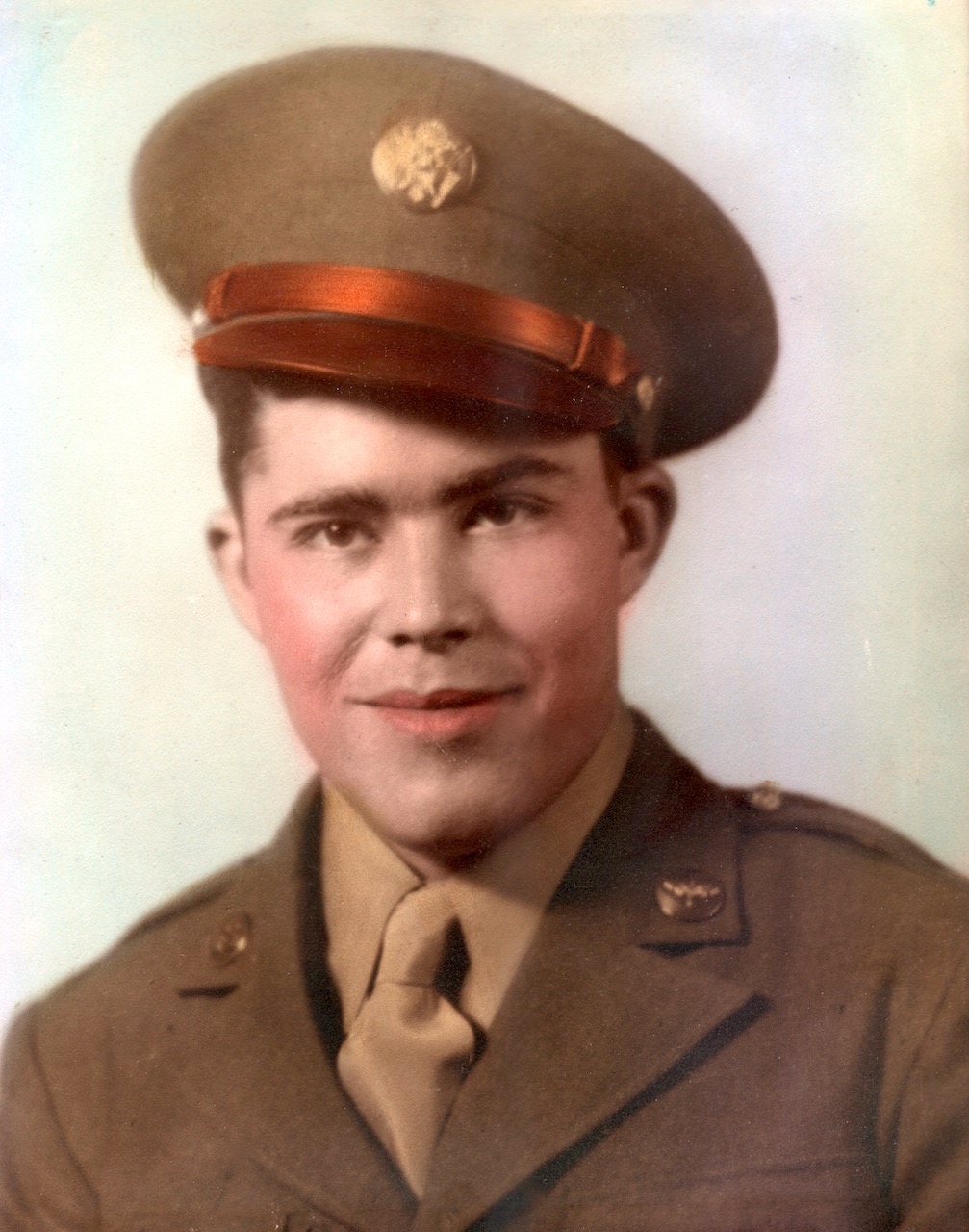 Aircraft B-24J with serial number 42-73222 was on a bombing mission to Rangoon, Burma. After about ten minutes after leaving the target area the ship was seen to explode in midair. The aircraft crashed 3 to 5 miles south of Chaungpyaw, which is a small village in the Bassein district of southern Burma. 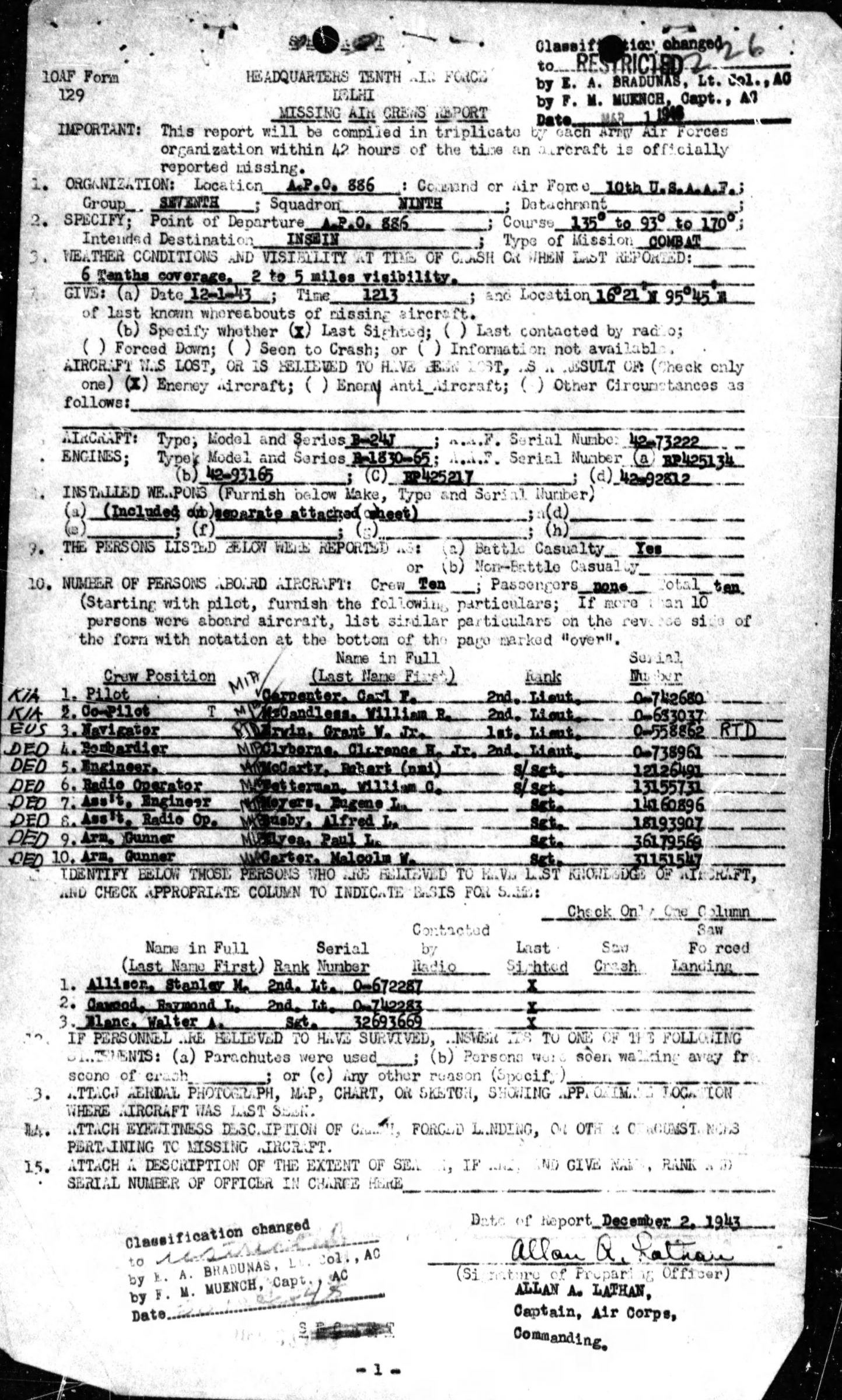