A few dead soldiers came home again and were buried in their native country. Miranda Noe Brown was not quite 4 when her family exercised the option of bringing Pfc. Eugene Noe home for burial.

“My cousin, who was 8 at the time, went with his mother and father to the funeral in Morristown on the train, and had to sit on their suitcases because the train was filled with soldiers, says Brown, now a receptionist for the trust division of First Tennessee Bank.

Two years separated her father, Clark Noe, from his younger brother Eugene. “They enjoyed growing up together,” She says. “They ran the family farm. My uncle would practice all year to win the athletic field events at the county fair.”

Noe was in his early 30s when he entered the army. By then, Brown’s father had moved the family away from their Morristown home. But Eugene kept in touch. “I remember him coming to Nashville to our home during maneuvers. He was in his uniform.”

One day Mother was outside working in her flower garden. All of a sudden she had a sense that he was dead. She started cutting flowers and took them inside to make a bouquet. It could have been a week later that word came. She pinpointed the time and knew that was when it was.”

To the newspapers, Clark submitted this account of Eugene death:
“PFC. Eugene H. Noe died in France from wounds received, according to information received from the War Department. He entered service on June 3, 1942, and was trained at Camp Pickett, Va., and Camp Blanding, Fla. He participated in maneuvers in Middle Tennessee and desert training in Arizona. He was sent to England early in April 1944 from Camp Phillips, Kansas, where he had spent several months. He was member of Company C, 313th Infantry, 79th Division.”

“The thing that’s always been symbolic to me is that our ancestors, the Noes, came from France in the mid-1700s,” says Brown. “My uncle died on their soil to help regain their freedom.”

“I remember peeking and seeing his tears hit the wooden floor.” 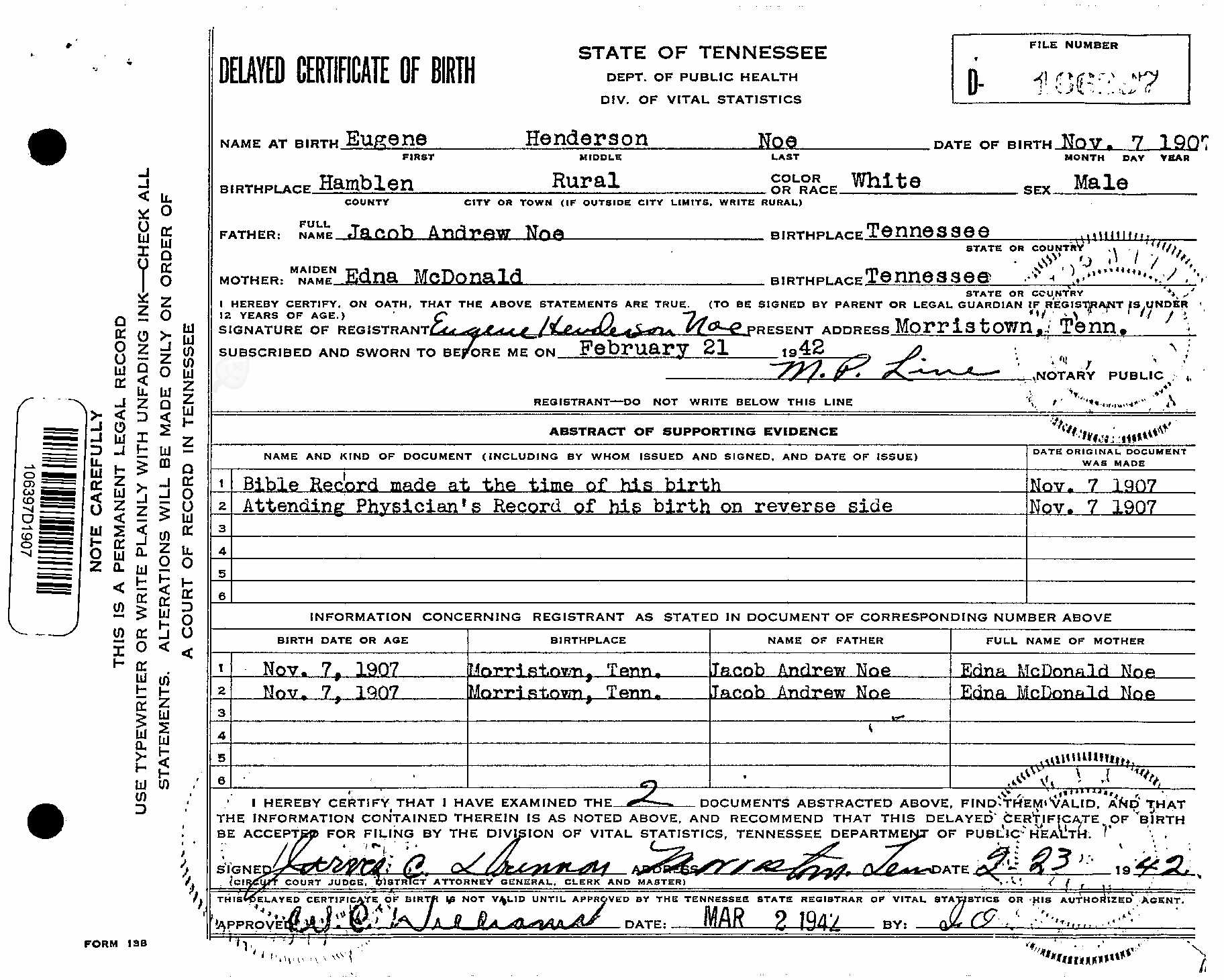