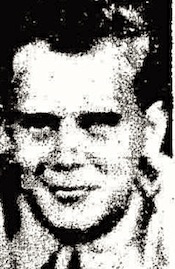 Aircraft B-17G with serial number 42-37865 departed from Goose Bay, Labrador at 0233 GMT, 27 November 1943 for Prestwick, Scotland and has been unaccounted for since RADAR equipment at Goose Bay lost track of it 85 miles out and on course. Weather conditions enroute and at the terminal were considered satisfactory for the trip and were proved so by the successful completion of flights by two other similarly routed B-17’s which departed the same night.

No radio contact was made with the subject aircraft after it was cleared from the tower frequency, except that the pilot of one of the B-17’s that completed the trip reported at Prestwick that he contacted on Channel B, VHF, an aircraft believed to be 42-37865 one and one half hours out of Goose Bay, which reported ‘everything OK’.

A blizzard through the Goose Bay area prevented start of an aerial search which was scheduled to start at daybreak today, extending to the coastline of Labrador. A surface search is not practicable due to nature of the terrain and severe winter conditions.

Newsarticle in the Kingsport Times 19 March 1944.
Staff Sergeant Eugene Darter, tail gunner on a Flying Fortress B-17 has been missing since his plane disappeared over the Atlantic on November 27 according to word received by his wife, Mrs. Eugene Darter, the former Miss Ruth Pierson, Westview. No word has been received of the plane’s crew except the message which came in one hour and a half after they took off, saying that they had not run into any difficulty. Staff Sergeant Darter, who has been in service since July, 1941, served 18 months in Panama. A former student of Dohyns-Bennett, Sergeant Darter received his gunnery training at Fort Myers, Fla. The three brothers who are in service are W.S. (Bill) Darter, Army Air Force, somewhere overseas, Henry Darter and Roy Darter, both seeing service with the Navy somewhere overseas. 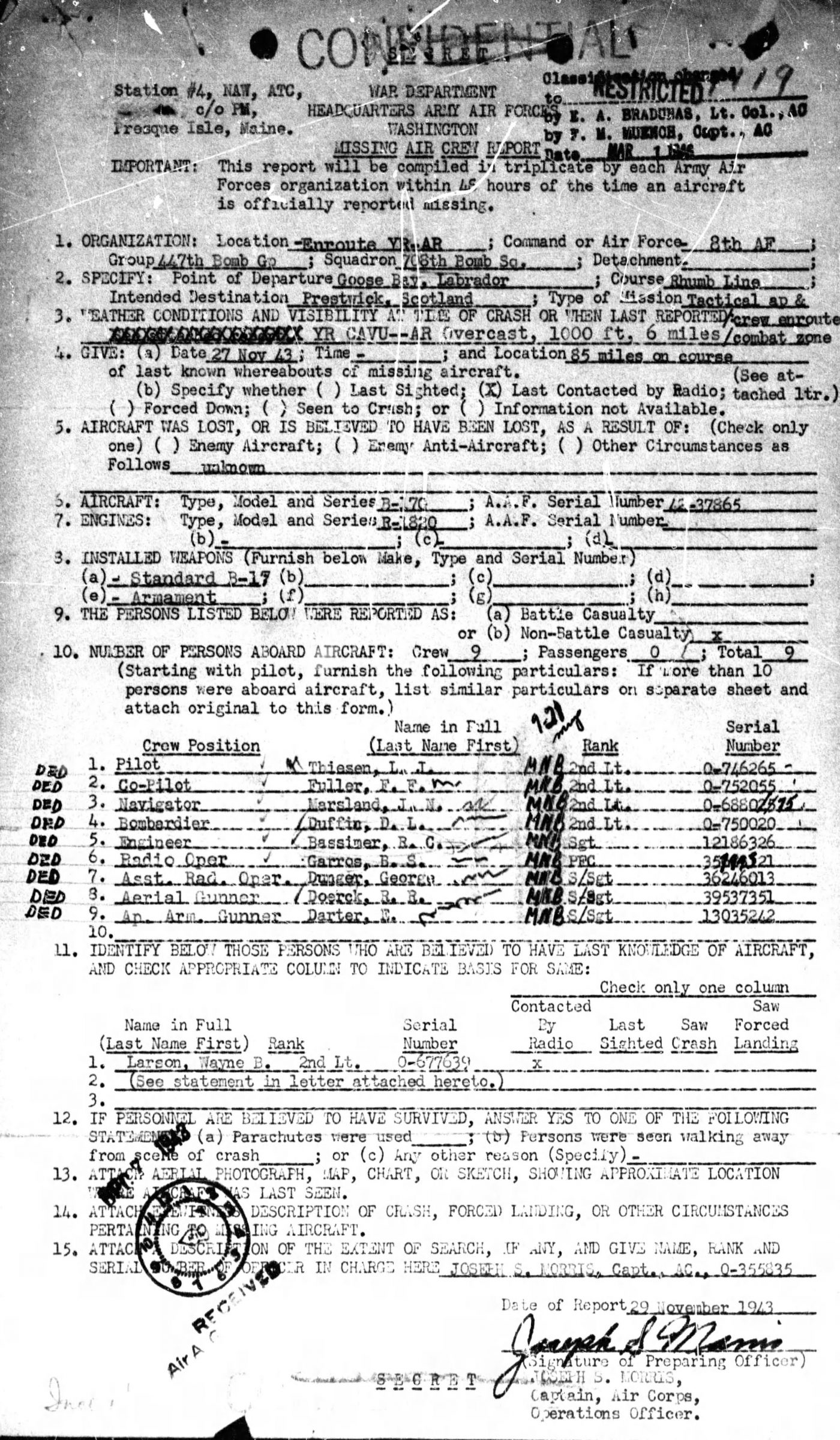 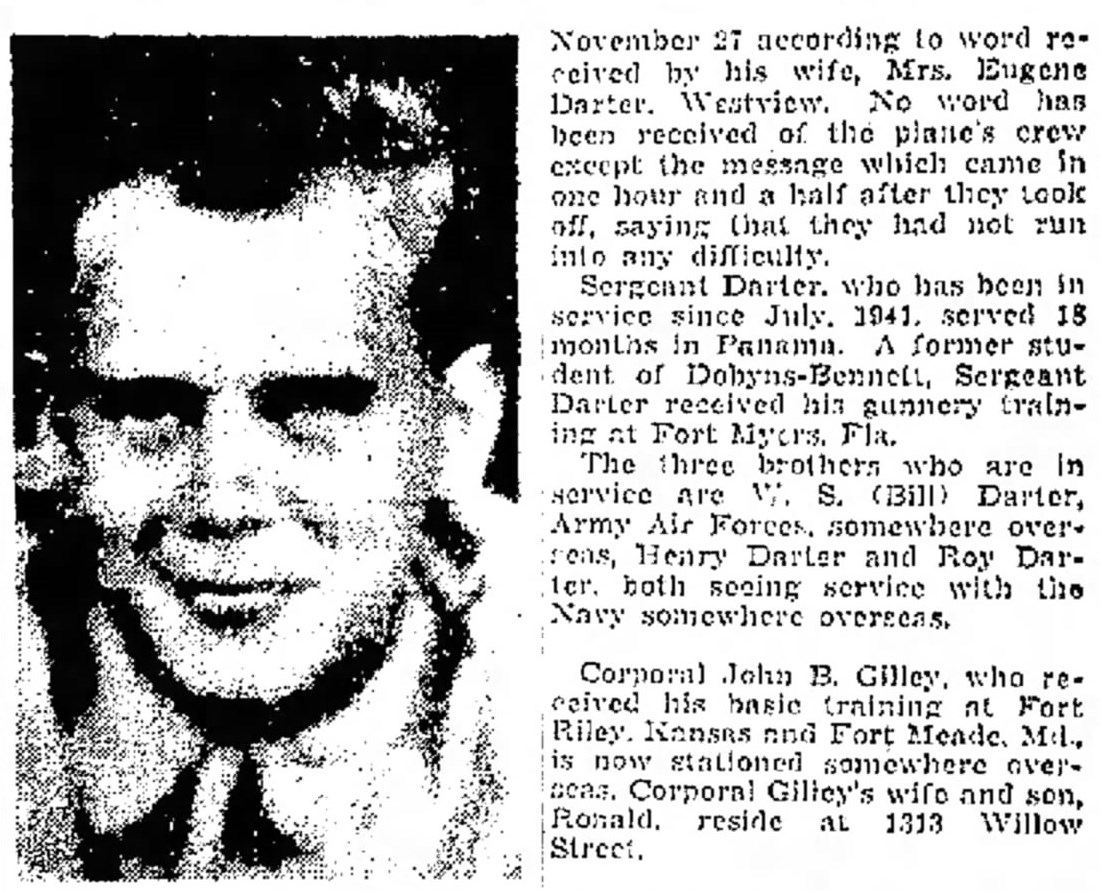