On 16 August 1944, aircraft B-17G, serial number 42-97797 was on a bombing mission to Zeitz, Germany. It received a direct hit by flak in the right wing, over the target of Zeitz, Germany at 1133 hours. There was an explosion near #3 engine which knocked most of the right wing off. The aircraft slipped out of formation and about a minute later the aircraft was seen to disintegrate in the air. Four chutes were reported as having left the aircraft. Aircraft 42-97797 crashed at Field section of Rehmsdorf. Eugene Cantrell didn´t bail out and was initially buried on the Community Cemetery at Rehmsdorf, Grave No. 1, last row, Southern side on 17 August 1944 at 0800 hours. 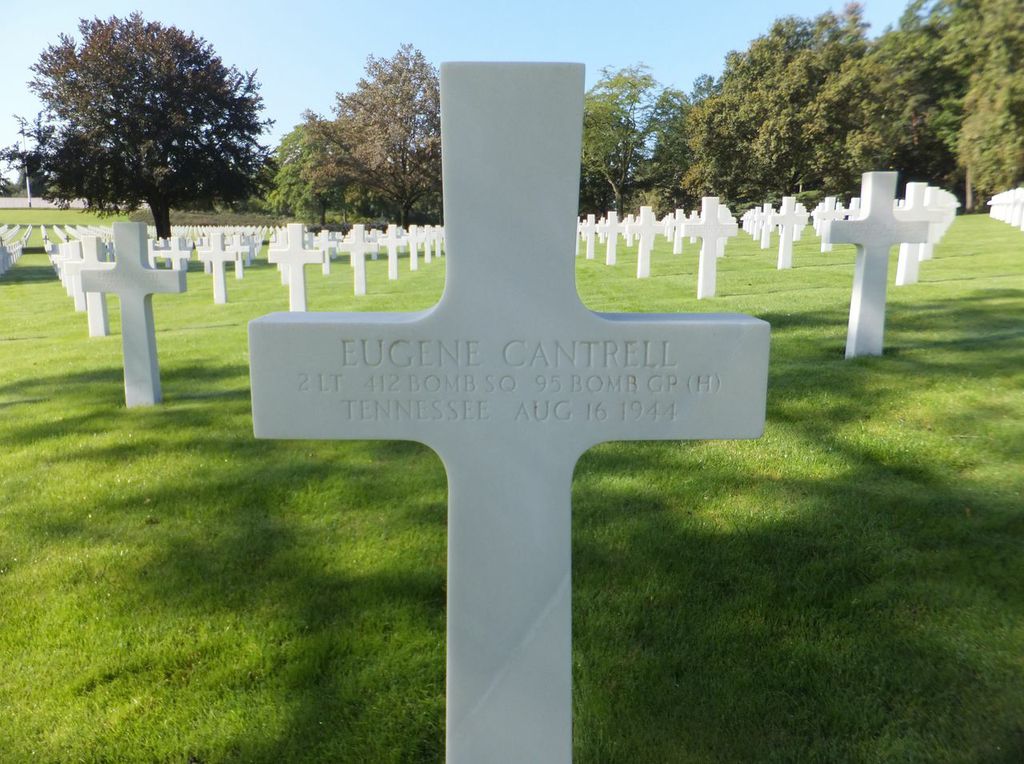 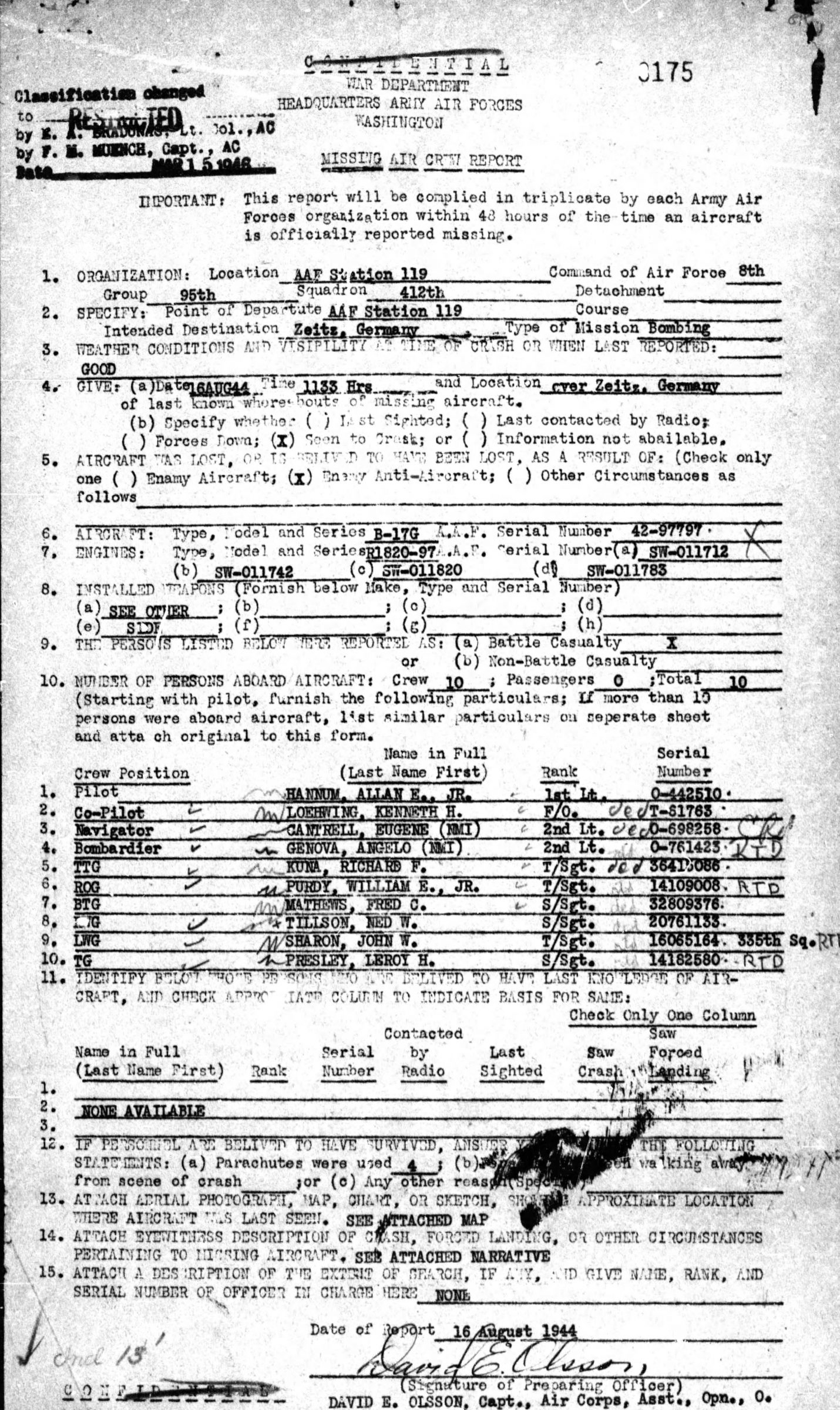 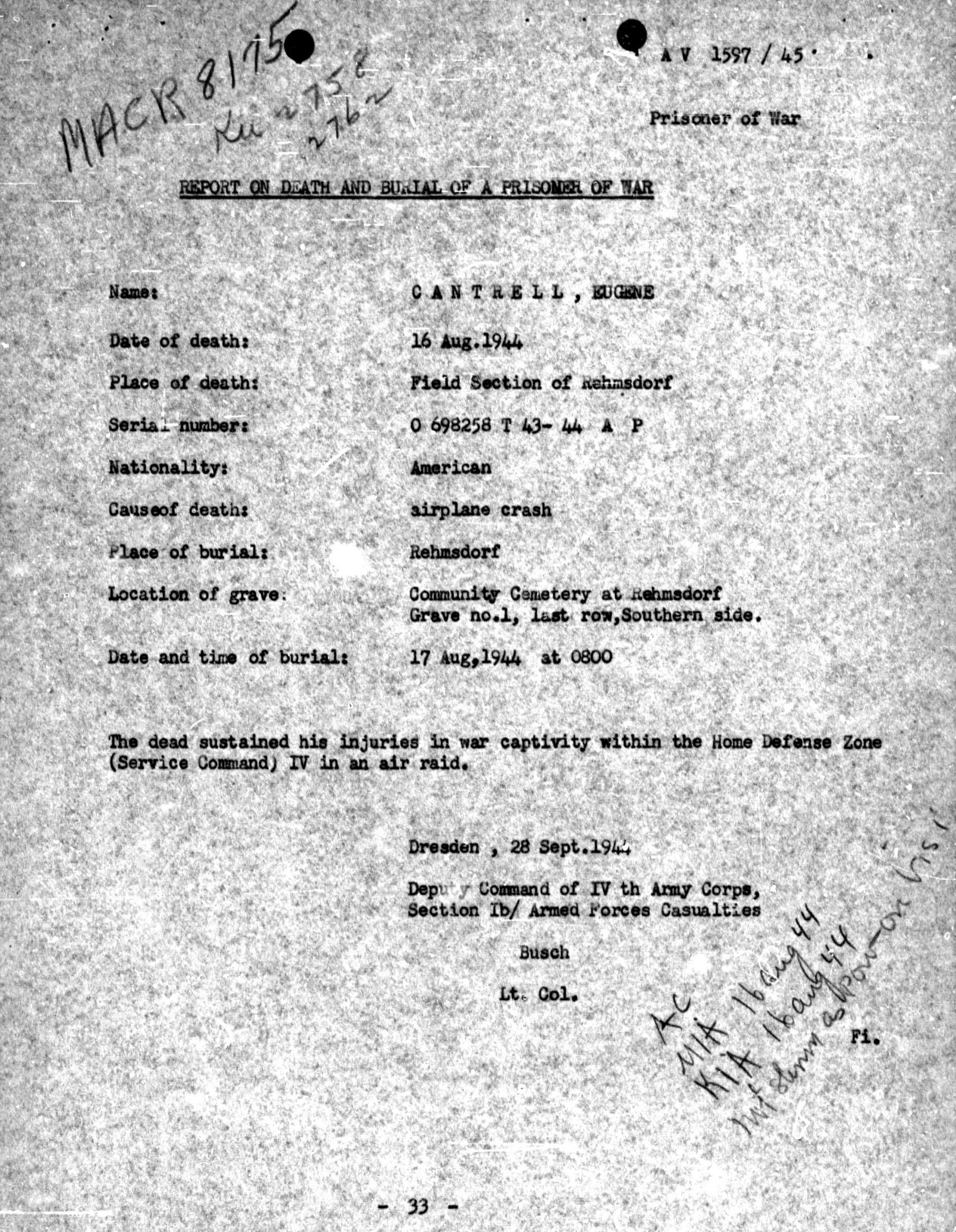 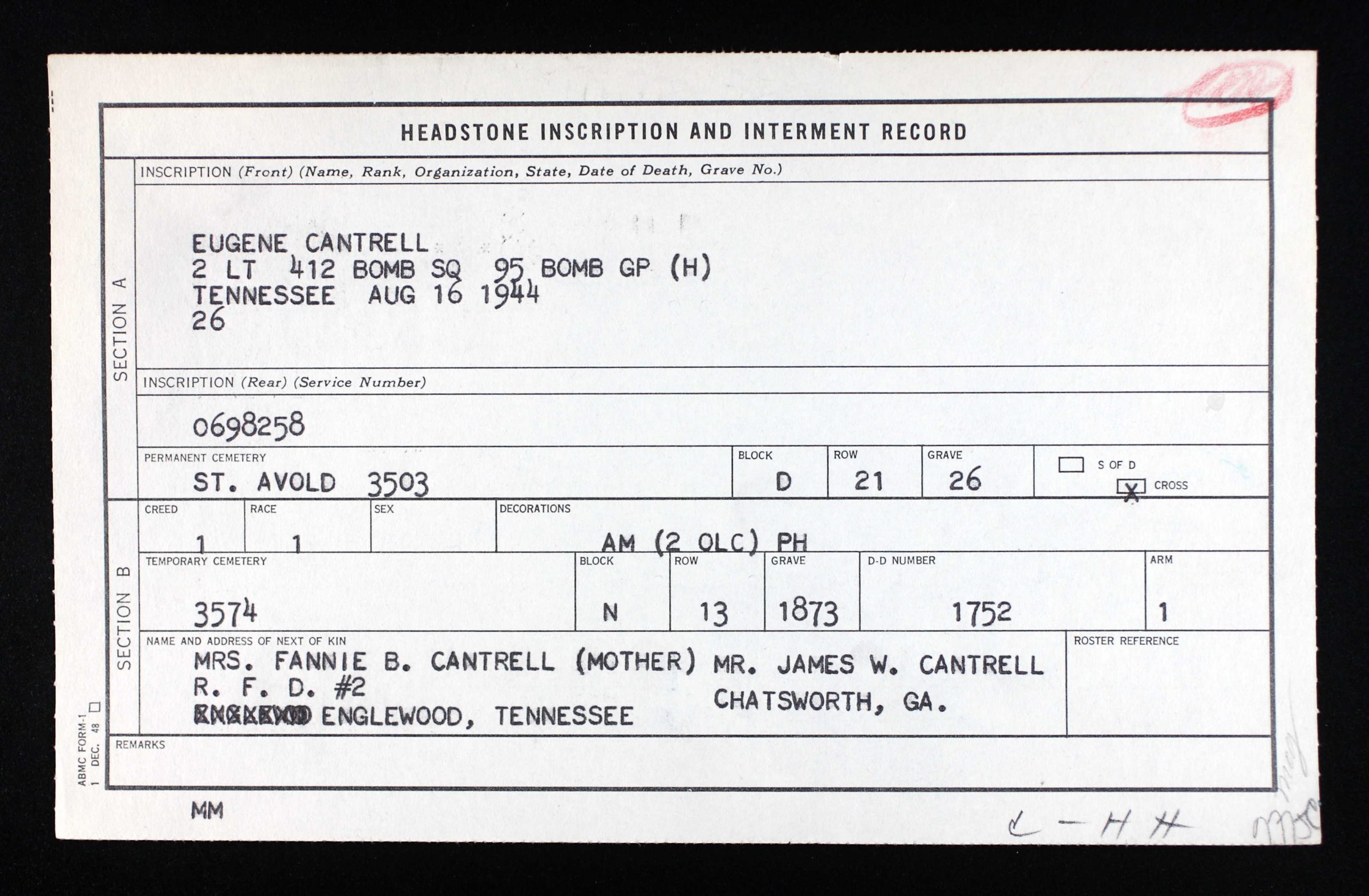