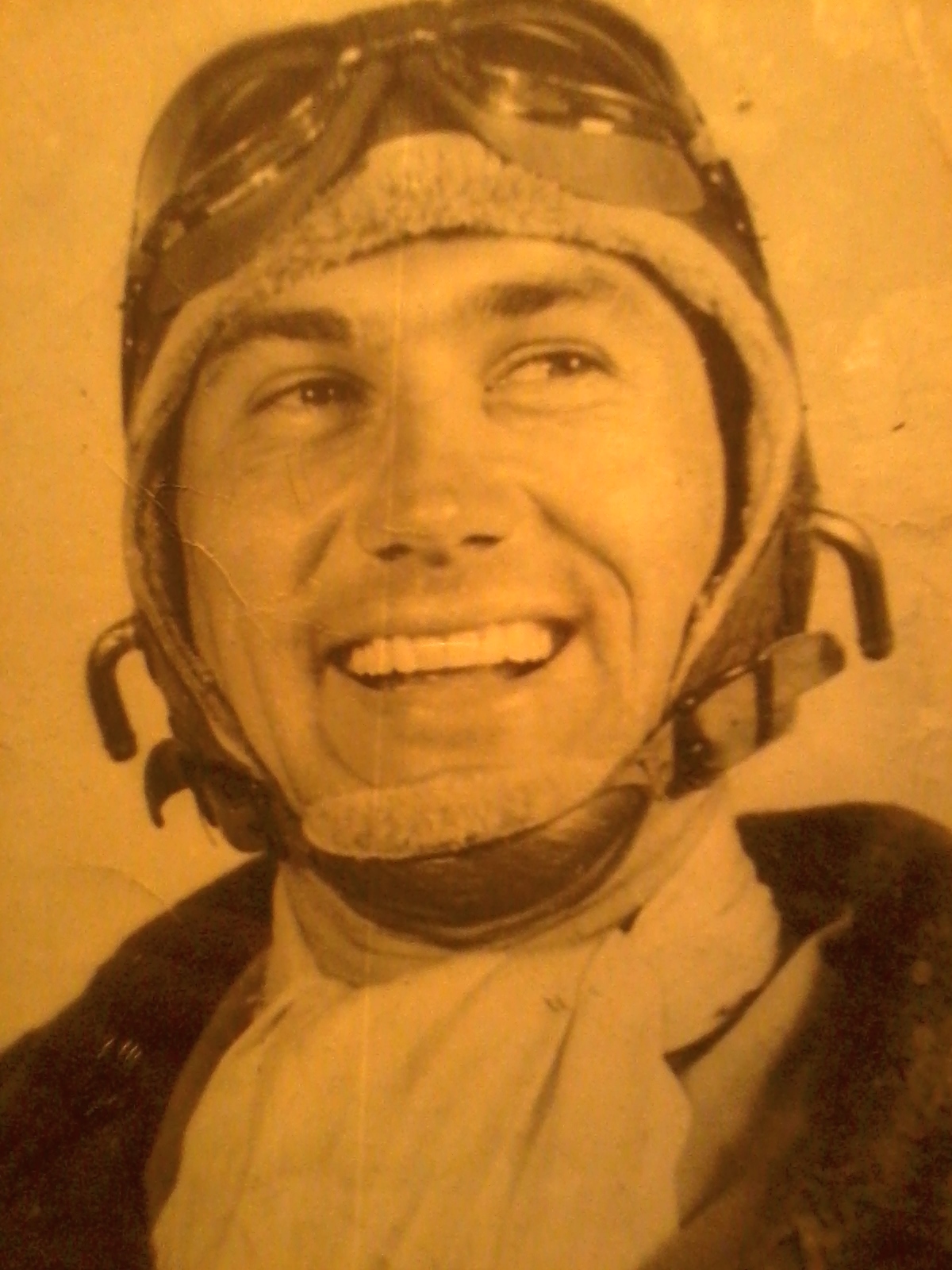 The Knoxville Journal, July 25, 1943
Capt. Eugene B. Wallace, 28, son of Mr. and Mrs. R.B. Wallace, Clinton, Tenn. was killed in a plane crash, Friday 7:30 p.m. near Moody Field, Valdosta, Ga., while on a cross country flight. Captain Wallace was squadron commander at Moody Field, having been stationed there since May 1942. He was a graduate of University of Tennessee and had been in service since March 15, 1941. Besides his parents, he leaves a wife, Kay Franklin Wallace of Georgia; two sisters, Mrs. Charles Stansberry, San Antonio, Texas and Miss Deane Wallace, Clinton; his grandparents, Mr. and Mrs. W.D. Wallace, C.B. Weaver and a host of friends and relatives. Funeral arrangements will be announced later, pending arrival of his sister, Mrs. Stansberry.

The Knoxville Journal, July 26, 1943
Funeral for Capt. Eugene B. Wallace, who was killed near Moody Field, near Valdosta, Ga., will be at 10 a.m. Montay at First Baptist Church in Clinton. Body will lie in state for one hour at the church. Burial at Copperhill, Tenn.

The Clinton Courier News, July  29, 1943
Capt. Eugene B. Wallace, 28, was killed Fridayat 7:30 p.m. when the Army plane he was piloting crashed near Moody Field, Valdosta, Ga. He was squadron commander at Moody Field, where he had been stationed since May, 1942. This was an “off day” for Captain Wallace, when he was called to the office and asked to fly another captain to his home in Montgomery, Ala. Captain Wallace was on his way back when the accident occured. It is supposed that he ran into a slight storm and was seeking to make a forced landing.  The plane had landed and wheel marks indicated it had bounced three of four times before rolling over. Captain Wallace was caught in the wreckage, which did not catch fire. Captain Wallace made a flying trip home exactly four weeks before the crash, spending the night at home.
Funeral services were held at the First Baptist Church of Clinton, the body having been brought from Knoxville, accompanied by Capt. V. Carson, a close friend. Service were conducted by the Rev. F.M.Dowell, pastorf of the Bethel Baptist Church, of which Captain Wallace was a member. At the conclusion of the services here, the body was taken to Copperhill, where a platoon of 30 soldiers from Fort Oglethorpe fired a volley in the military services.
Captain Wallace was a graduate of Clinton High School and of the University of Tennessee, where he was a member of the ROTC, in 1938. From U.T. he went to Chattanooga for a business course. After completing this work, he was employed by the International Harvester Co. In its Chattanooga office. Volunteering in March, 1941, for the Air Corps, he was assigned to Hicks Field, Fort Worth, Tex., and later was graduated at Maxwell Field, Ala., as a first lieutenant. He was an instructor at Maxwell Field for several months, then being sent to Moody Field. In 1942 he was made a Captain and was to have been promoted to the rank of major in October. 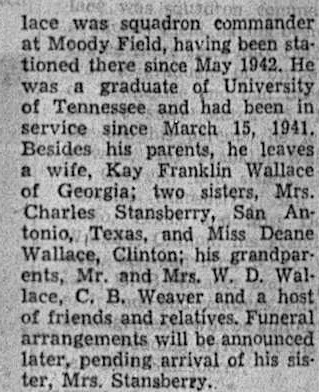 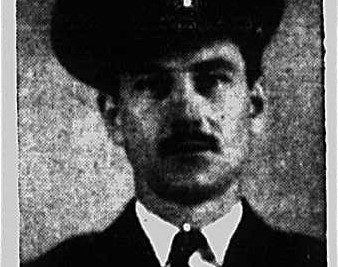 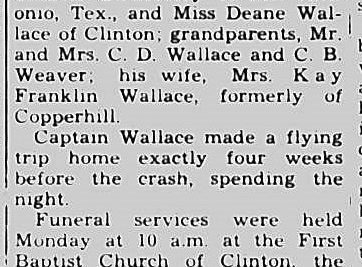