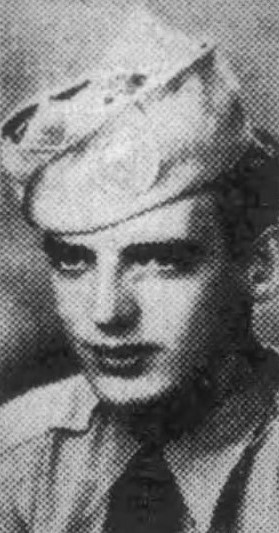 The Knoxville Journal, November 19, 1948
The body of Pfc. Eugene A. Smith, 18, who died Jan. 15, 1945, in action in Belgium, has been returned to the United States and will arrive here for burial at an early date. Young Smith was the son of Mr. and Mrs. Clarence Smith, 223 Lynnview Avenue, Fountain City, and a grandson of Mrs. J.F. Smith, 816 East Columbia Avenue, and Mrs. J.H. McCurry, Greeneville. He was a member of Oakwood Methodist Church. Enlisting in the Army while a senior at Rule High School, he was inducted into service in February, 1944. After basic training at Camp Blanding, Fla., he volunteered for Paratroop Division service and received his wings at Fort Benning, Ga. He went overseas in september, 1944, where he served with the 101st Airborne Division in the European theater. 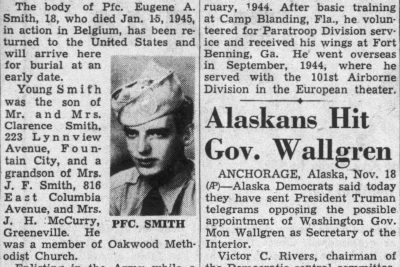