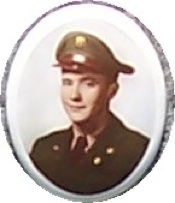 Private Collins was a member of Company D, 1st Battalion, 5th Infantry Regimental Combat Team. While attached to the 25th Infantry Division, he was Killed in Action defending his position near Chindong-ni, South Korea on August 25, 1950.

The Knoxville News-Sentinel, September 14, 1950
Mr. and Mrs. Haskel D. Collins, 432 Tazewell Pike, formerly of the Mascot Community, have been informed that their son, Pfc. Estle L. Collins was killed very shortly after he arrived in Korea. Mr. Collins said the War Department wired that his son was killed Aug. 25. The father said he was sent overseas early in August. He told the family in a letter written from Japan 10 days earlier that he had been assigned to the 25th Infantry Division and was to be sent to Korea. That was the last letter the Collins family received from the soldier son. He was 18 and had been in the Army about a year. He leaves his parents and two brothers, Cpl. Ottis W. Collins, stationed with the Air Force at McDill, Fla., and Earl Collins of the Tazewell Pike address.

The Knoxville News-Sentinel, April 22, 1951
A posthumous Bronze Star Medal for Pfc. Estle L. Collins has reached the home of his parents in Fountain City. It represents his action on the six days he fought in Korea before he was killed Aug. 25. The 18-year-old ammunition bearer was the son of Mr. and Mrs. H.D. Collins, 432 Tazewell Pike. On Friday Col. Jonathan Michael, U-T ROTC senior instructor, made the presentation. He read from the citation from 25th Infantry Division headquarters: “During the period Aug. 21-23, 1950, near Sobuksan, Korea, when his company was defending its position against continuous attacks by the enemy, Pfc. Collins inspired his comrades by his tireless and fearless actions as an ammunition bearer. Heedless of the intense enemy fire, he made repeated trips to replenish the dwindling supply of ammunition of his company… contributing… to the success of the operation. Pfc. Collins’ exemplary bravery, steadfastness and selfless devotion to duty are in keeping with the highest traditions of the military service.”
Young Collins was a member of Co. D, 5th Infantry, 25th Division. Twenty-two days before his death, he said good-bye to his parents and a brother, Earl, at the Fountain City home. He enlisted in the Army here in September, 1949. The former Mascot Junior High School student didn’t tell his mother he was on his way to Korea, the brother, Earl, said. She didn’t know his destination until he reached Japan and wrote home. At the front in Korea he wrote home again. In this letter to his mother, he wrote: “Say a special prayer for me.” A short time later the Defense Department telegram came. 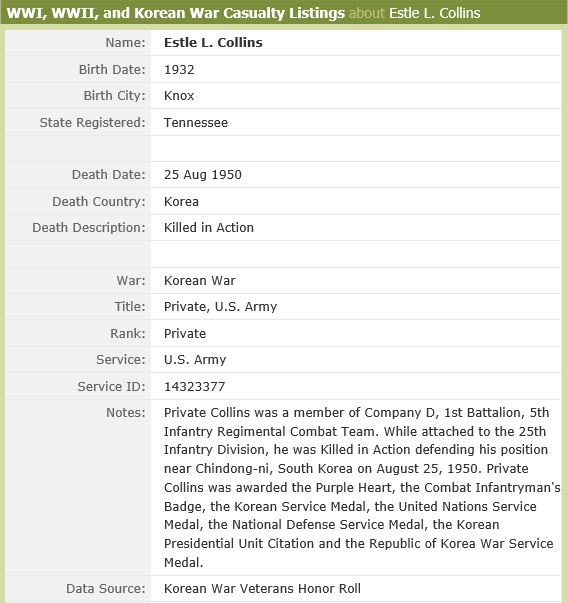 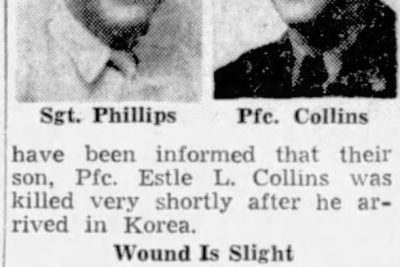 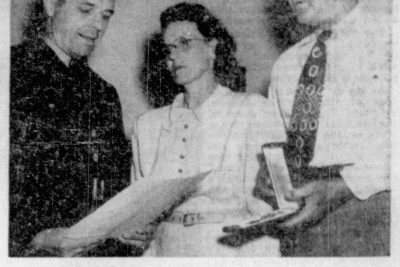 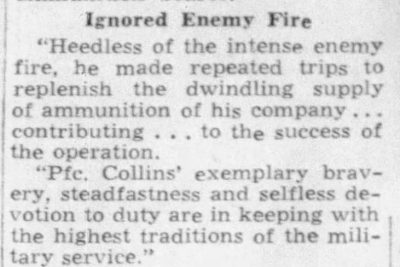