Estle Jennings Graves was born in Sharps Chapel on September 12, 1898. He was the son of Henry Morgan Graves and Nancy Malinda Miller and was from a very large family.

He was married to Lena Rivers in Norfolk, Virginia.

Estle enlisted in the United States Navy on March 13, 1937 in Norfolk, Virginia and was stationed aboard the USS Enterprise CV-6 in May 1938. He served on the Enterprise as a Chief Electricians Mate for over four years before he was killed in action in the battle of the Eastern Solomons on August 24, 1942. He was a plank owner aboard the USS Enterprise which is an individual who was a member of the crew of a ship when that ship was placed in commission.

Estle J. Graves was buried at sea and is memorialized at Fort William Mckinley, Manila, The Philippines.

The Knoxville Journal, September 18, 1942
Estle J. Graves, chief electrician’s mate, who had been in the U.S. Navy 20 years, was officially reported “lost at sea” somewhere in the Pacific battle zone, a brother, Patrolman Hiram Graves Jr., was notified by the Navy Department yeasterday. Graves was a native of Union County, having been born near Sharp’s Chapel. He was in Knoxville on his last visit three years ago and spent some time with his brother, Patrolman Graves, 2103 Coker Avenue. The telegram from the Navy Department gave no details or information other then the brief statement that Graves had been lost at sea.
Survivors are the widow, Mrs. Lena Graves, Norfolk, Va.; three other brothers, W.E. and P.E. Graves of Union County, and H.D. Graves of Maryville; parents, Mr. and Mrs. Hiram Graves Sr., of Sharp’s Chapel, and four sisters, Mrs. C.A. Cook, Fountain City, Mrs. Clemmie Eastridge of this city, Mrs. Pearlie Eastridge and Mrs. Lola Johnson of Sharp’s Chapel. 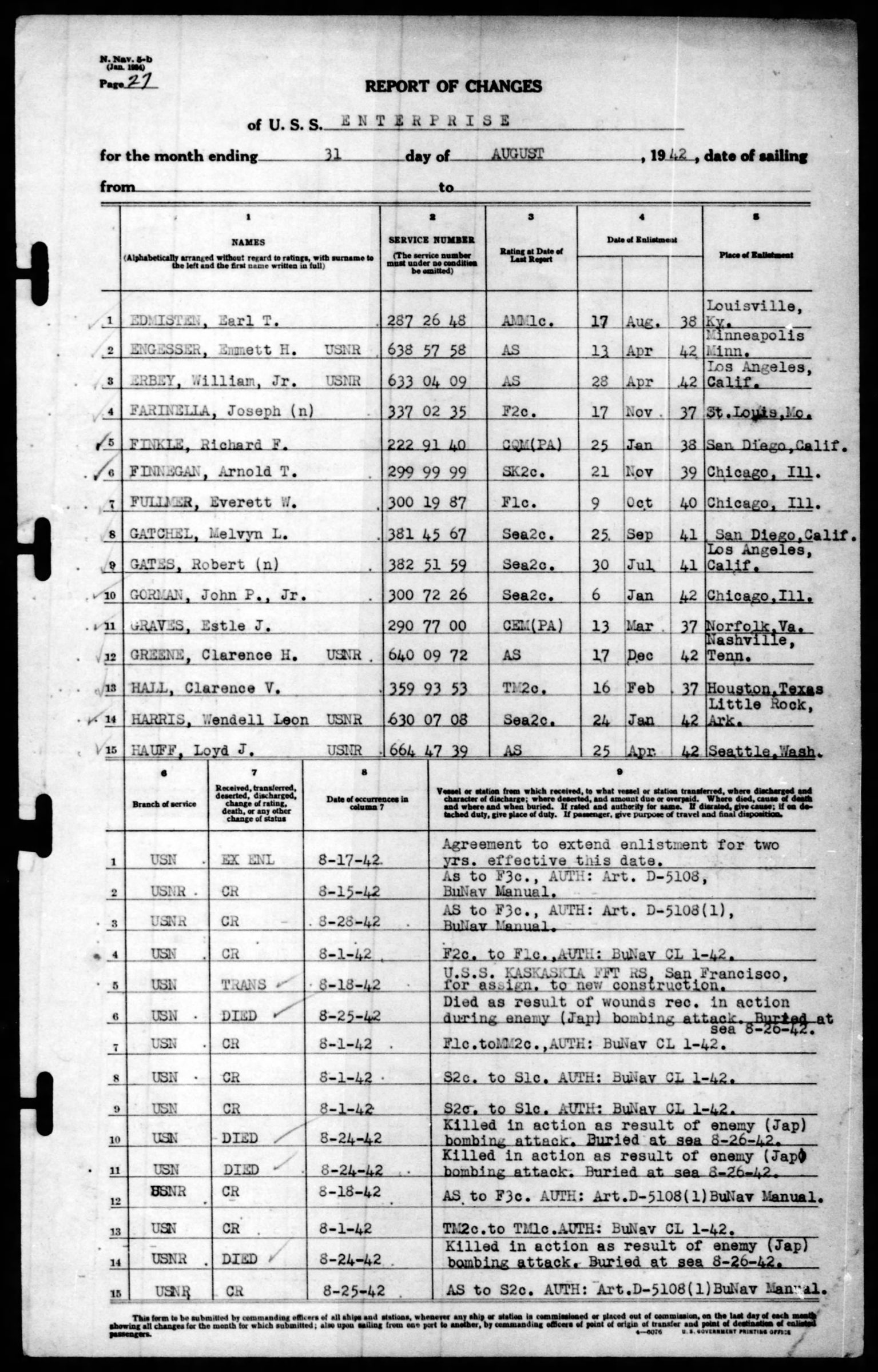 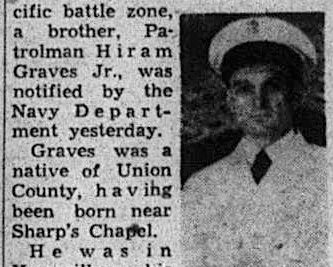