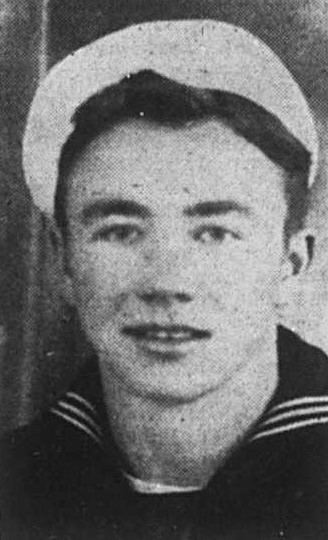 GM1 Ernest Gillenwaters was assigned to LST 327. He was killed in action when his ship struck a mine in the English Channel on 27 August 1944. He is buried in the Cambridge American Military Cemetery, Cambridge, England.

Rogersville Review, September 14, 1944
Coast Guardsman Ernest O. Gillenwaters, Jr., GM1/c of Mr. and Mrs. Ernest Gillenwaters of Rt. 2, Rogersville, was killed in action while his outfit was effecting a landing in an LST boat in the English Channel, on August 27th. He was buried in Cambridge, England. It is understood that Ernest’s boat struck a mine and that 16 men aboard were killed and many others wounded.
Ernest, who was 22 years of age, joined the coast guard in October, 1942 and had seen much action, particularly around Italy. Ernest also participated in the initial assault on Normandy. He had never been home on leave. His mother received a letter from her son recently stating that he expected to join his family here some time this month.
Ernest is a native of Rogersville and attended high school at RHS during his freshman year, where he played an outstanding game of football. Later he went to Arlington, Va., where he lived with his uncle, Dick Holston, and attended Washington Lee high school. In 1940 and 1941 he played on the Washington Lee high school championship football team.
He is a nephew of Robert Holston of the Review staff. He is survived by his father and mother, Mr. and Mrs. Ernest Gillenwaters of Rogersville, one brother, Jack of Clinton, Mass., and three sisters, Mrs. Harry Lackery, Lillian and Ina Joe Gillenwaters of Rogersville. 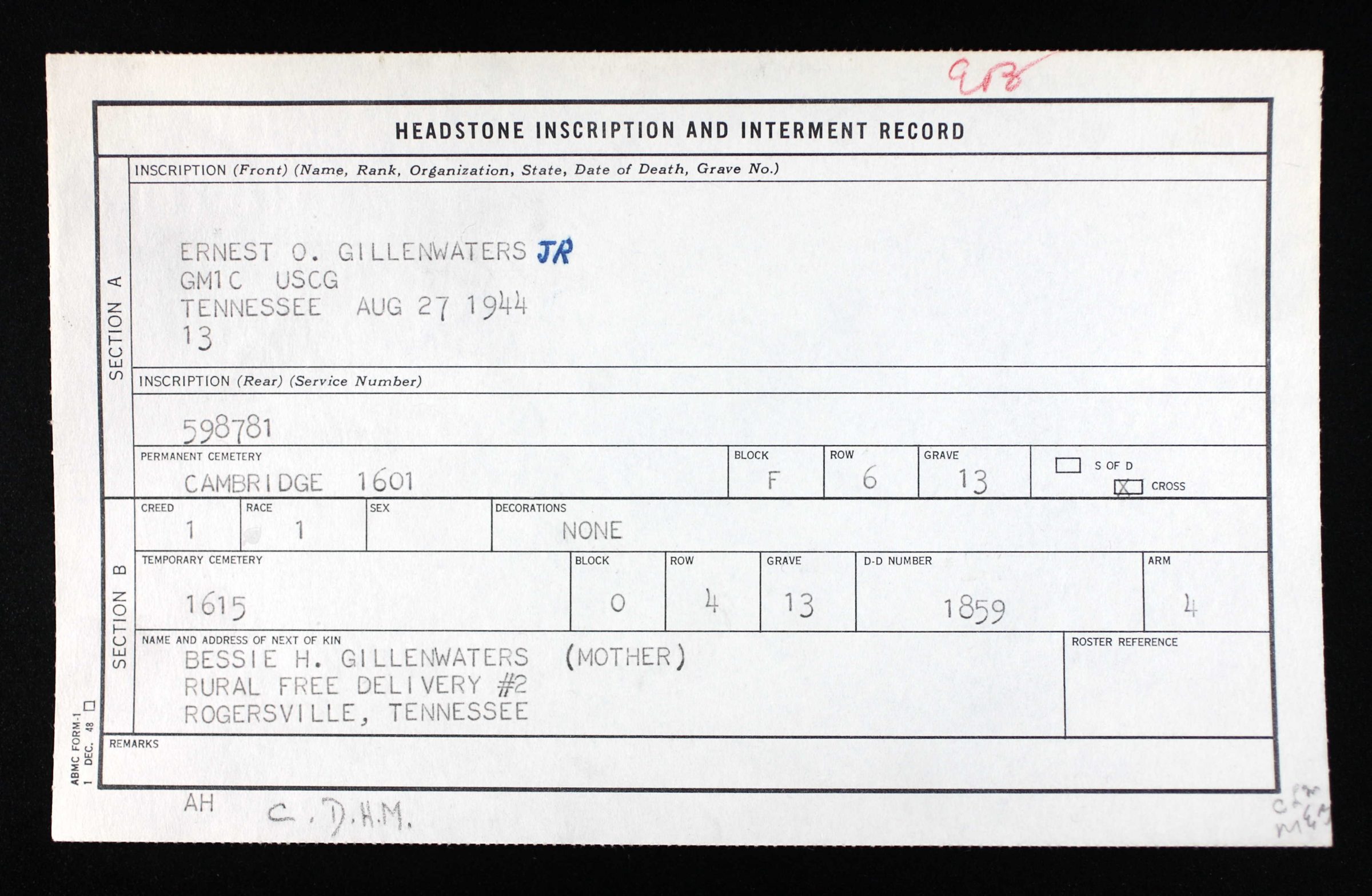 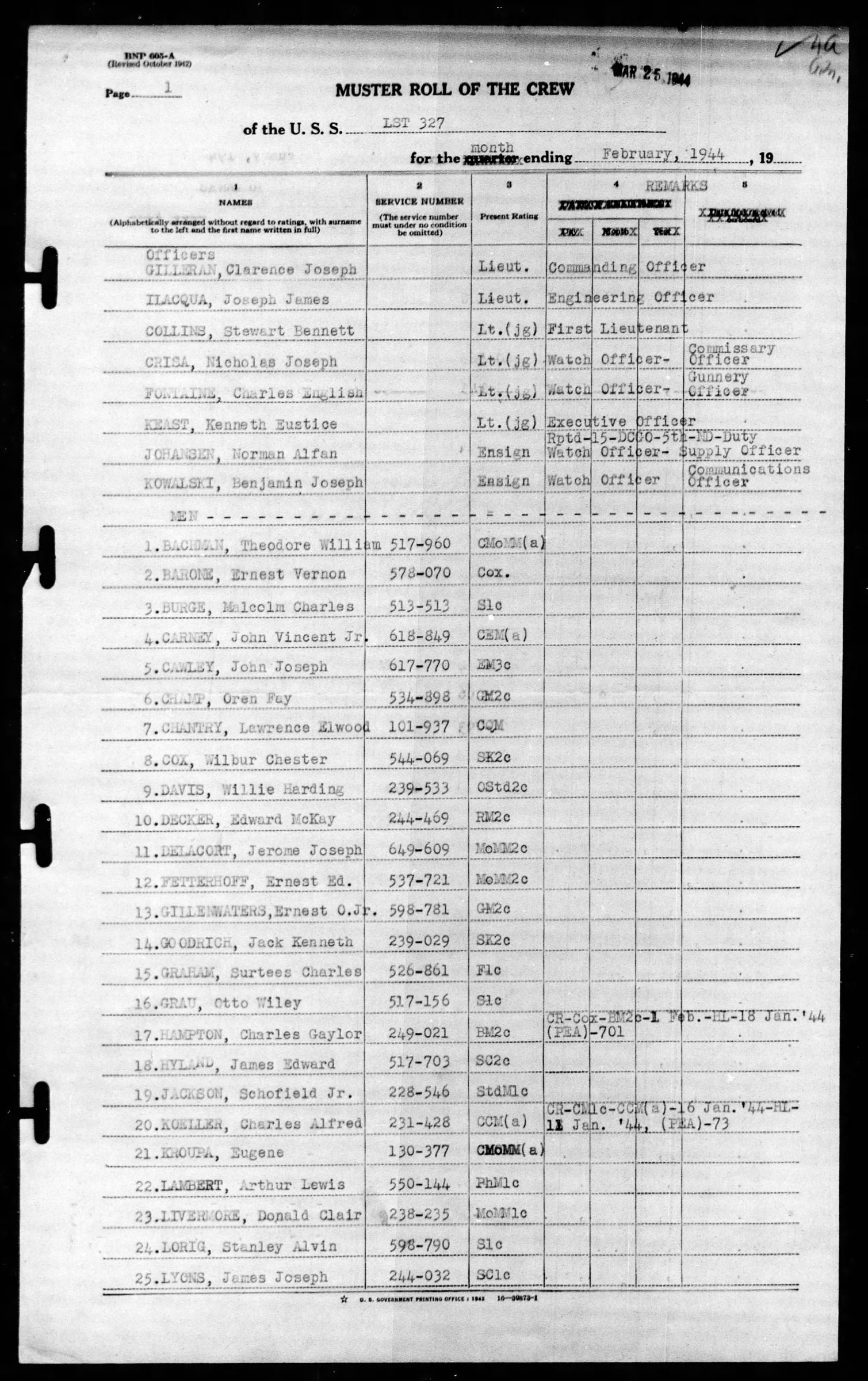 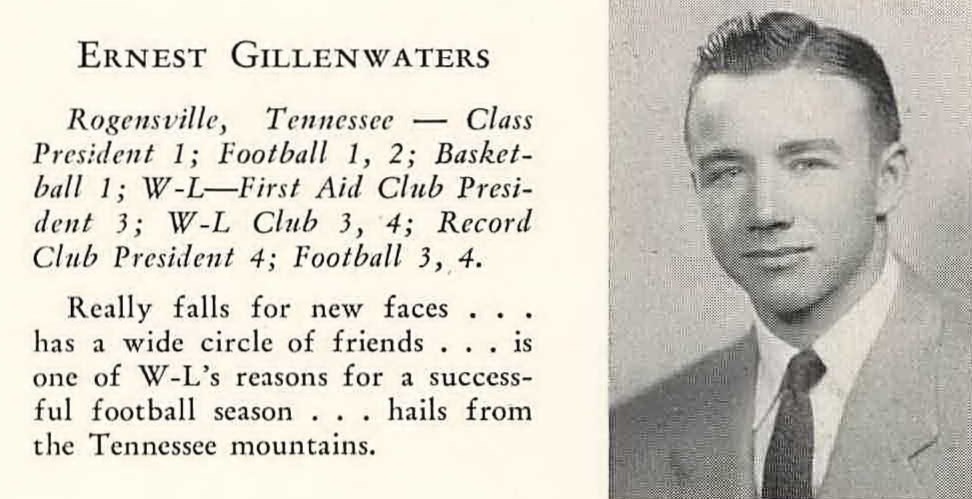 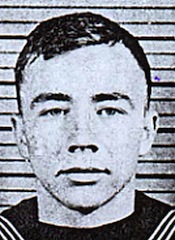 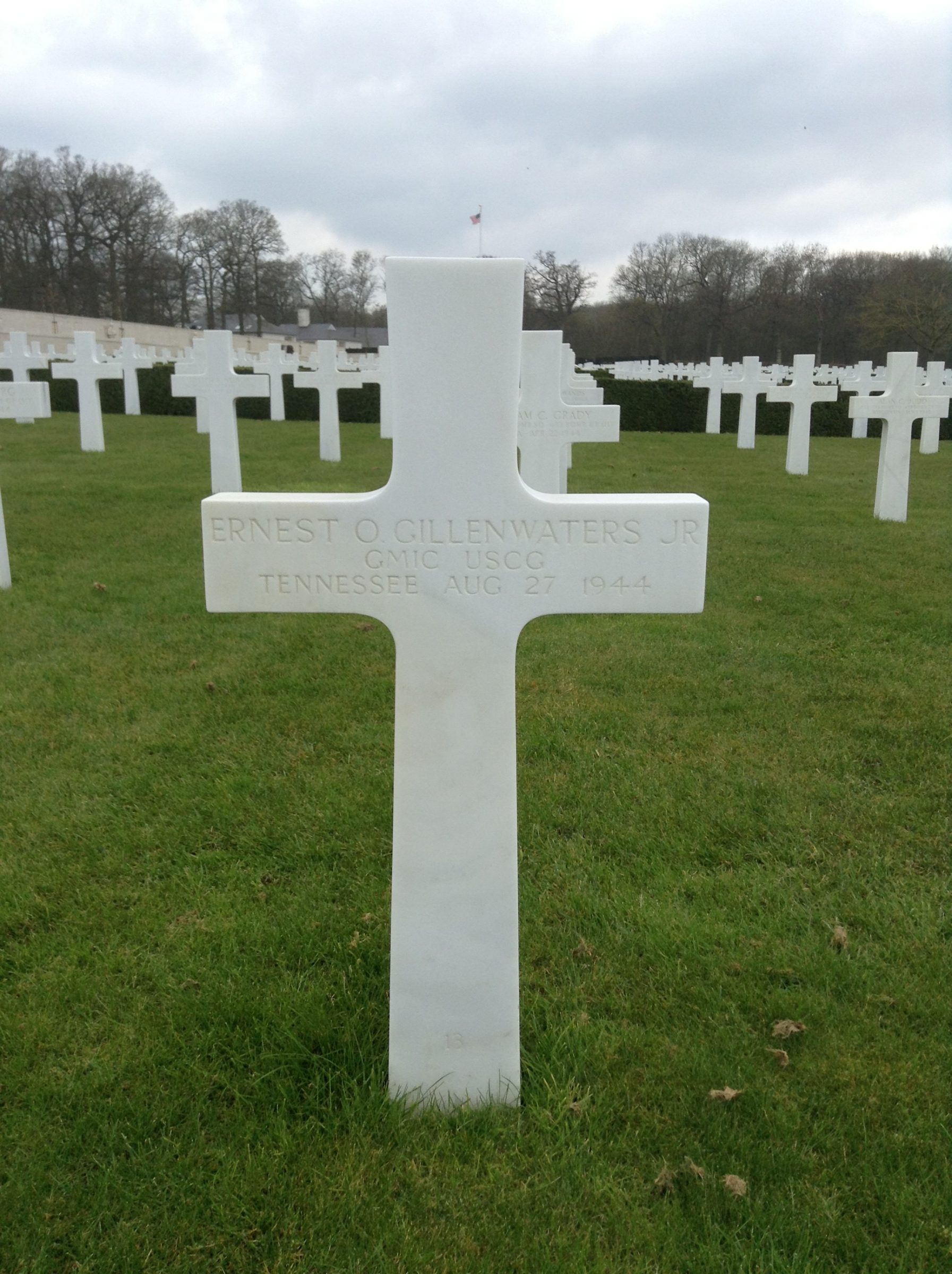