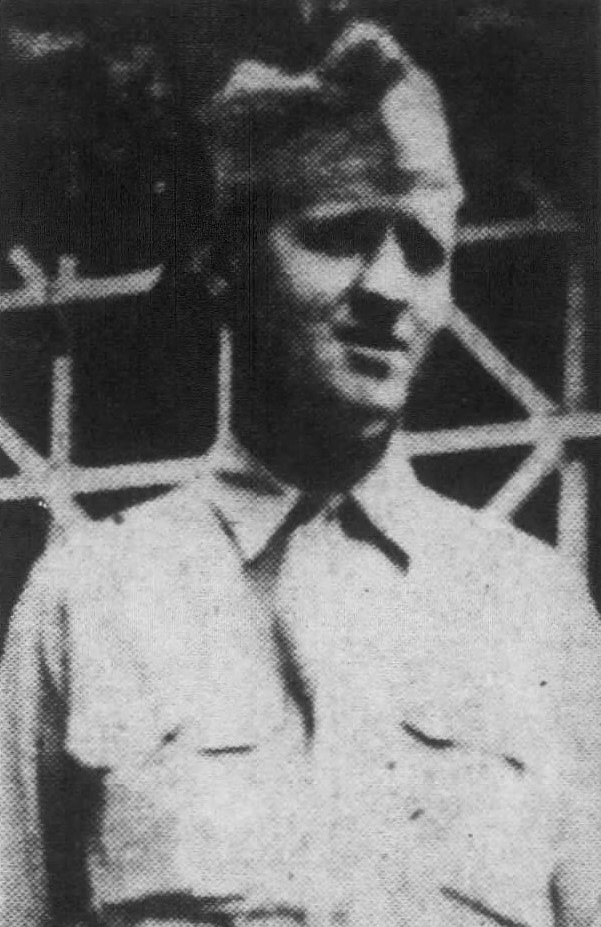 Master Sergeant Ernest Middleton Kelly, from Knoxville, was born on August 8, 1914 to Ernest Middleton Kelly Sr. and Blanche Grace Douglass. He was the brother of Sgt. Maj. Jeffrey D. Kelly, who also died in the line of duty. Sergeant Kelly was a member of the 21st Infantry Regiment, 24th Infantry Division. He was taken Prisoner of War while fighting the enemy near Chochiwon, South Korea on July 12, 1950, forced to march to North Korea on the “Tiger Death March”, and died while on a train to Manpo, North Korea on September 6, 1950.

He entered the United States Army on February 24, 1941 and had served with the National Guard for a year prior to his enlistment. He served with the field artillery in World War II.

He was repatriated in February 1956 and buried at the National Memorial Cemetery of The Pacific in Honolulu, Hawaii.

The Knoxville Journal, 13 September 1953
Master Sgt. Ernest M. Kelly, first Tri-State are soldier reported missing in Korean War, is among a group of Americans from whom the US Army is demanding an accounting from the Communists, the governmernt has advised his mother, Blanche D. Kelly, 2311 Washington Pike. The Reds say Kelly was one of several PW’s who escaped their prison camps.

The Knoxville Journal, October 17, 1953
A slender ray of hope to which a Knoxville mother clung for more than three years after her son was captured by the Communists in Korea flickered out last night when the Army revealed her son was dead, starved by the Reds. The fate of Master Sgt. Ernest M. Kelly was disclosed to the mother, Mrs. Blanche B.Kelly, 111 Harrison Street, in a letter. Taken prisoner July 12, 1950 – less than a month after the war started – Sergeant Kelly died of “non-nutrition” about five miles from Pyengyang while en route to Mampo on Sept. 6, the letter stated. Sergeant Kelly was the first tri-state area soldier reported missing in the Korean War. A graduate of Knoxville High School in the early 1930’s, the sergeant is probably best remembered here for his ability as a drummer. He was a member of the ban in high school and following his graduation played in several Knoxville dance bands including Dick Jones’ Commanders and a band led by Robert Lavin, now chairman of the Knox County Election Commission.  “I never had but the slightest of hope that my son would return to me alive,” Mrs. Kelly said last night, “but I, of course, clung to that slender thread until the very last.”
Mrs. Kelly, whose husband died in 1920, joined countless thousands of American mothers and other relatives of Communist prisoners in listening to radios and scanning newspaper accounts of released prisoners following the July truce in Korea. Her hopes “all but gone” when the final name on the final list  was released, Mrs. Kelly resigned herself to her son’s fate following receipt of the fateful letter. “Several men were eyewitnesses to your son’s death,” the letter stated, and outlined the procedure the Army followed in questioning released prisoners to glean information about other missing soldiers. The Communists, shortly after the prisoner exchange was completed, said that Kelly was one of several PW’s who “escaped” from their prison coamps. Mrs. Kelly said she had made no arrangements for the return of her son’s body here if it is found. “I will probably take steps later to return the body here,” she said. Sergeant Kelly was 39 years old and had been in service for 12 years. A World War II veteran, he saw extensive service in many stations. Mrs. Kelly’s only other son, J.D. Kelly, 34, is now stationed in Japan. He has been in service since 1934. 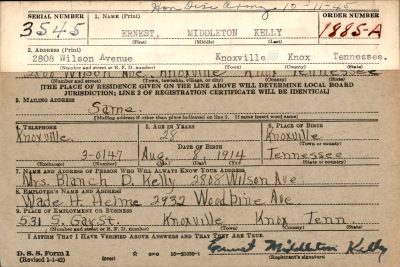 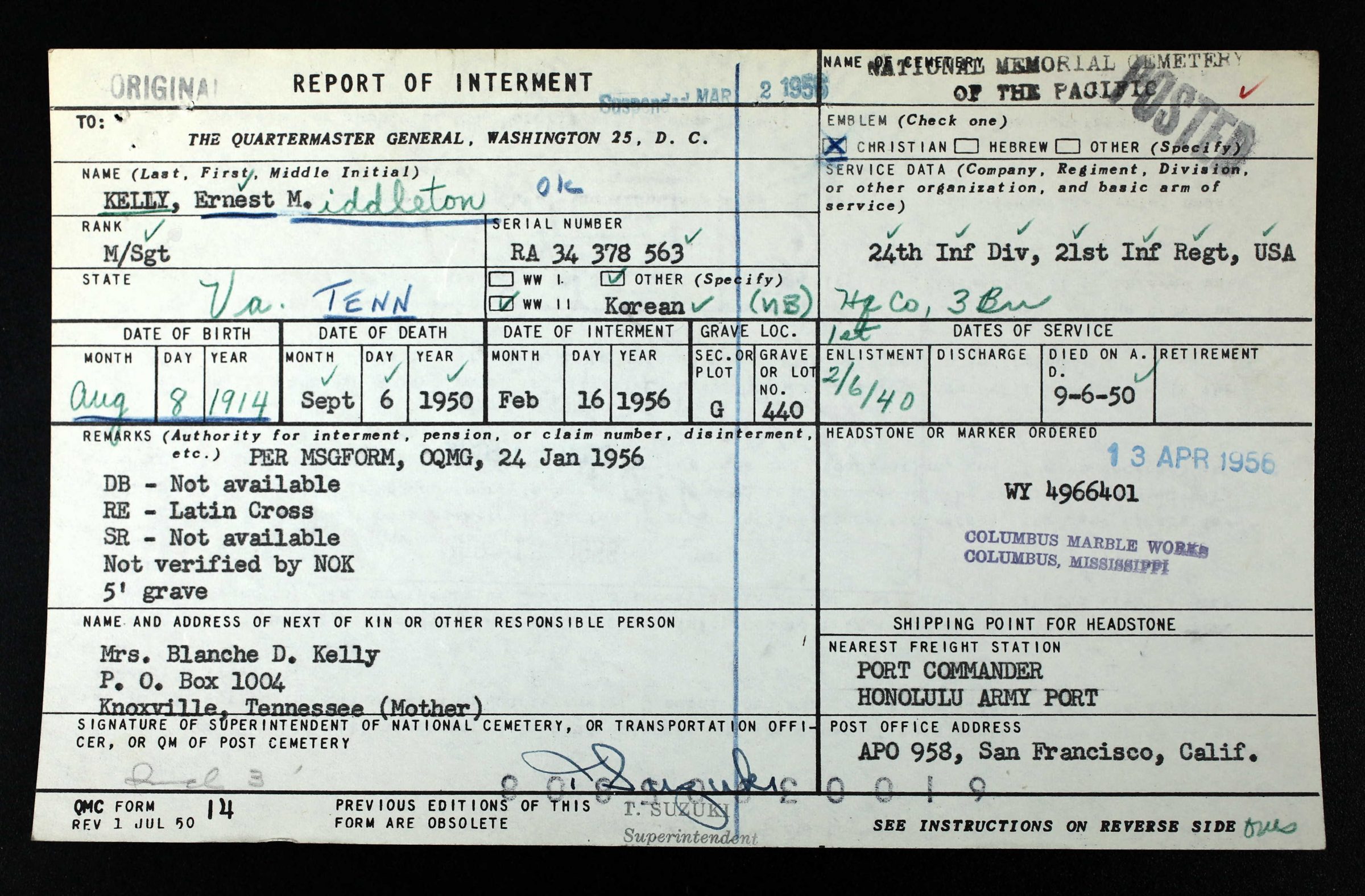 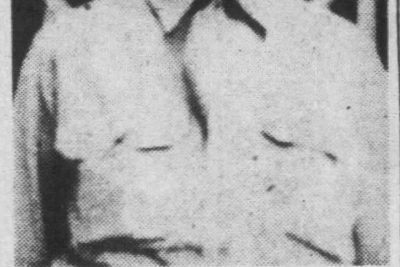 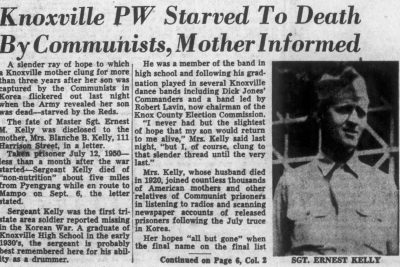 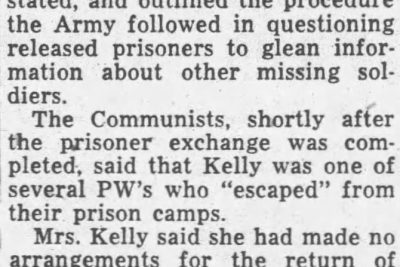 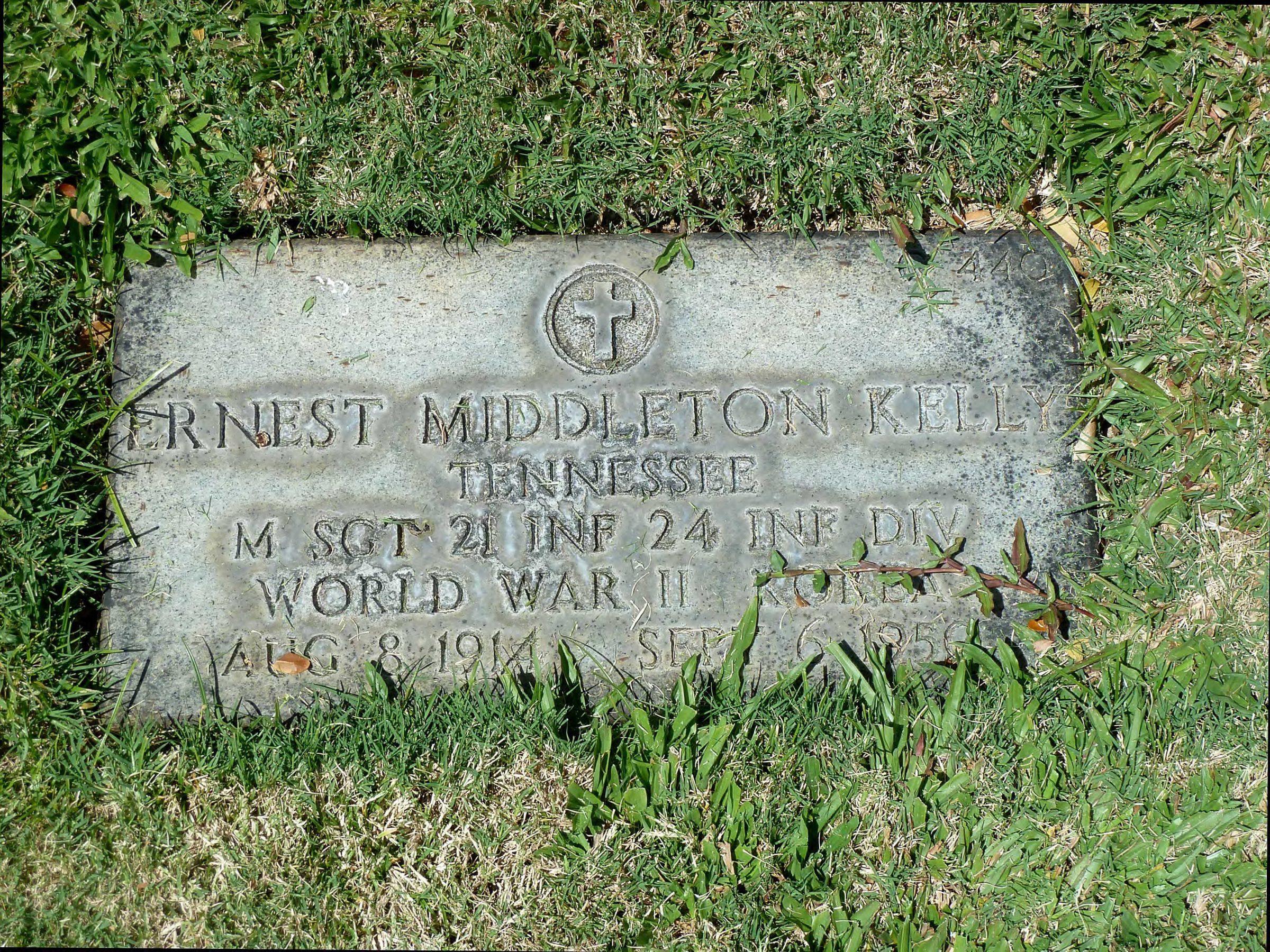