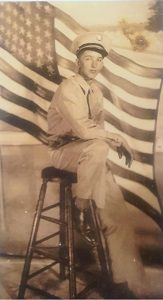 Private First Class Ernest (also Earnest) G. Byrd was assigned to the 313th Infantry Regiment, 79th Infantry Division. At the time of his death, the 313th Regiment had just returned to the front from a peirod of rest and reorganization following heavy fighting. On the 24th of March 1945 the Regiment crossed the Rhine River following heavy artillery barrage into Germany encountering heavy opposition.

PFC Byrd was killed in action on 26 March 1945 and is interred at D,1,1, Netherlands American Cemetery, Margraten, Netherlands.

Rogersville Review, May 3, 1945
Pfc. Ernest G. Byrd, son of Mr. and Mrs. W.G. Byrd, of route 1, Rogersville, was killed in action March 26, 1945, while serving his country in Germany. He was advancing with his platoon near the village of Wehofen, Germany, when fragments of an exploding Shell struck and killed in instantly.
He was buried in a military cemetery at Margragen, Holland with a Protestantchaplain officiating.
Ernest was 20 years of age. He was a member of Gills Chapel Baptist church. He entered service in March, 1943 and received his training at Fort Jackson, S.C. He had been overseas since June, 1944. On September 21, 1944 he was wounded in action, but soon recovered from his wounds and returned to combat. He received the Purple Heart.
In addition to his parents, he is survived by five brothers and one sister. Mr. and Mrs. Byrd have another son, Charles in service. He is with the Seabees stationed in the Philippines. 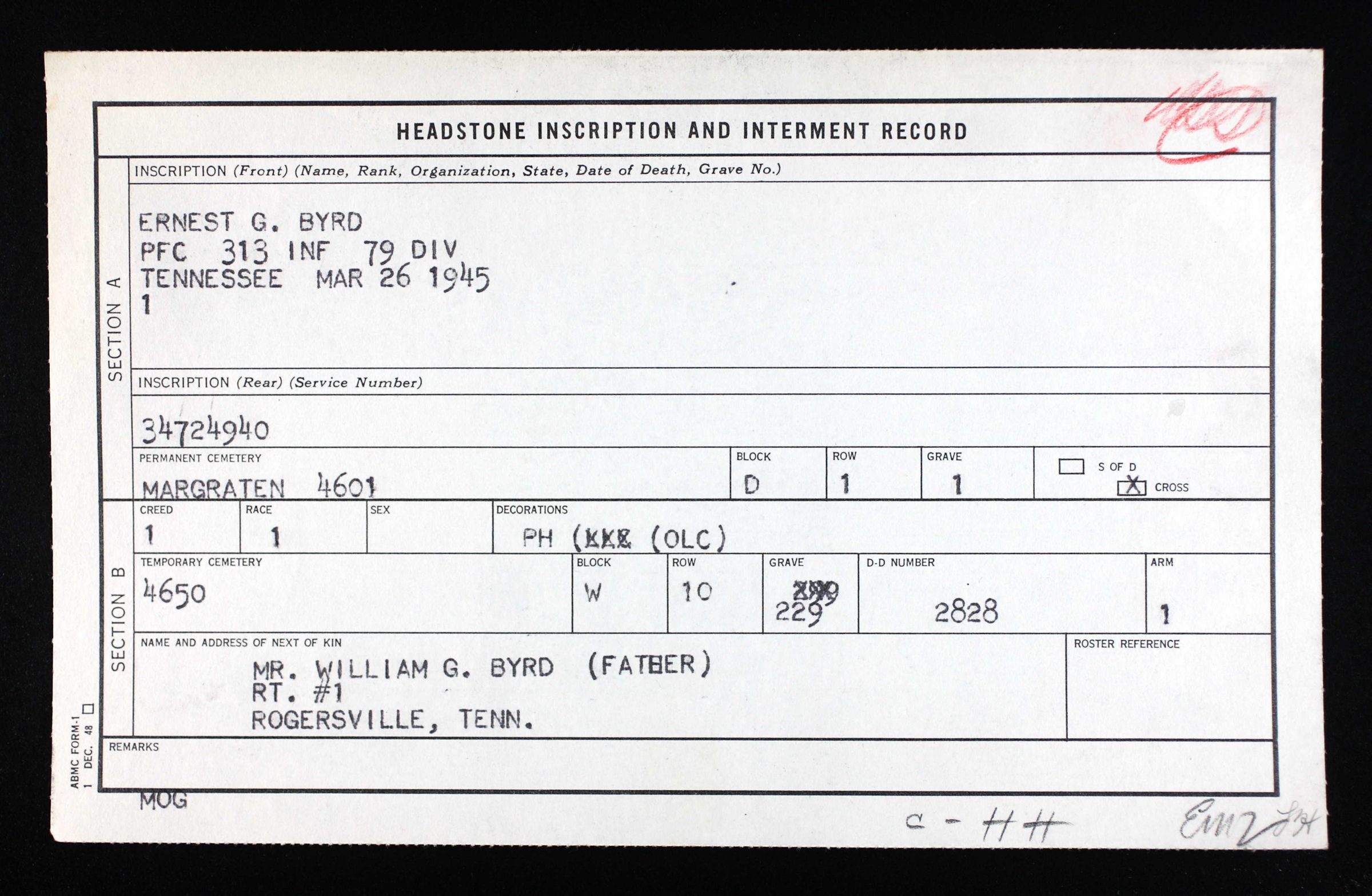 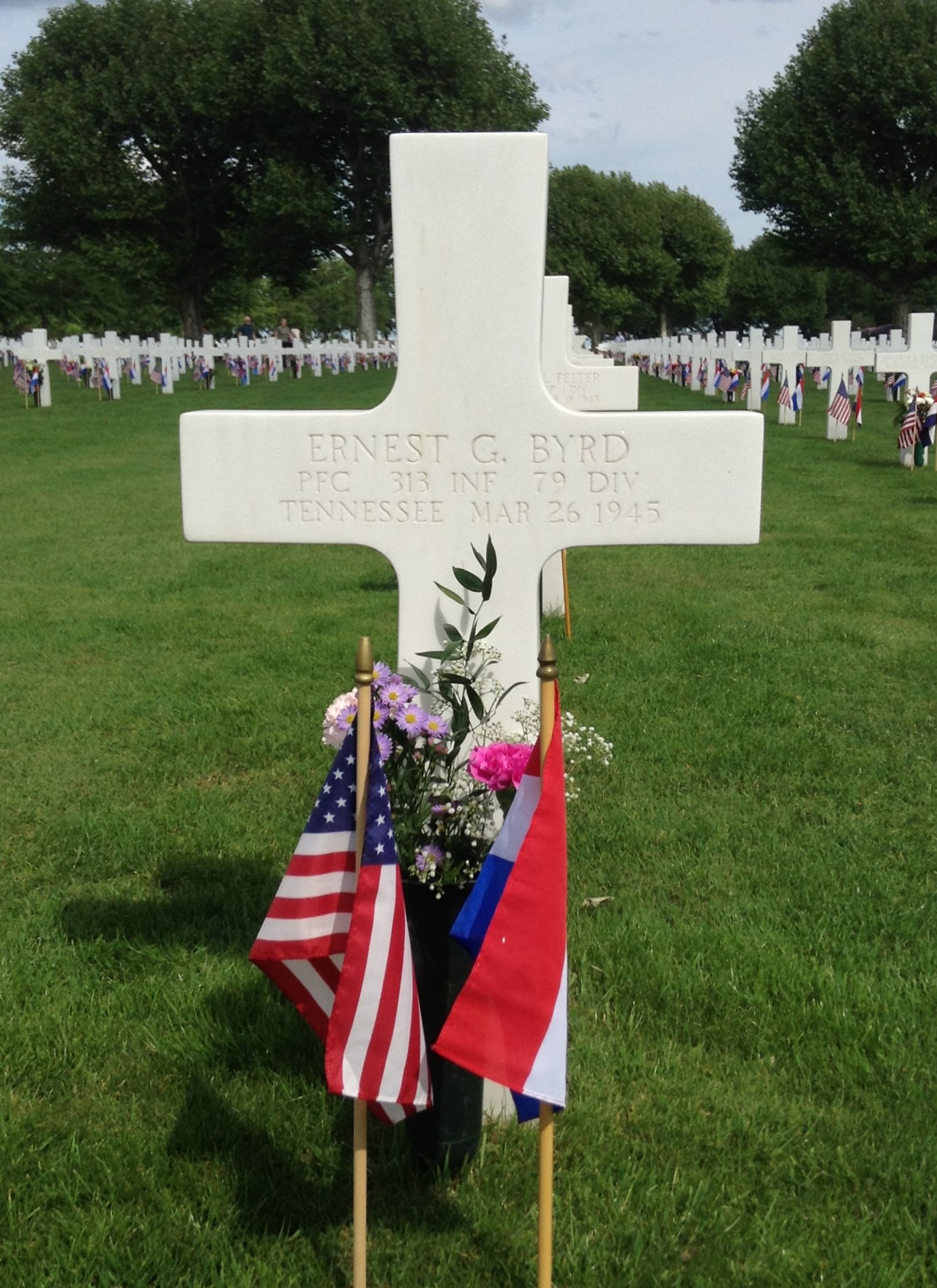