Ernest Edward Ulrickson was born in Tennessee in 1924 to William Reynolds Ulrickson and Erma Minor. His father served in World War I
Served on the U.S.S. Washington
Died on 10 April 1943 at 0255 from cerebrospinal fever meningococcic. His name is memorialized at the Honolulu Memorial, Honolulu, Hawaii. He was buried at sea. 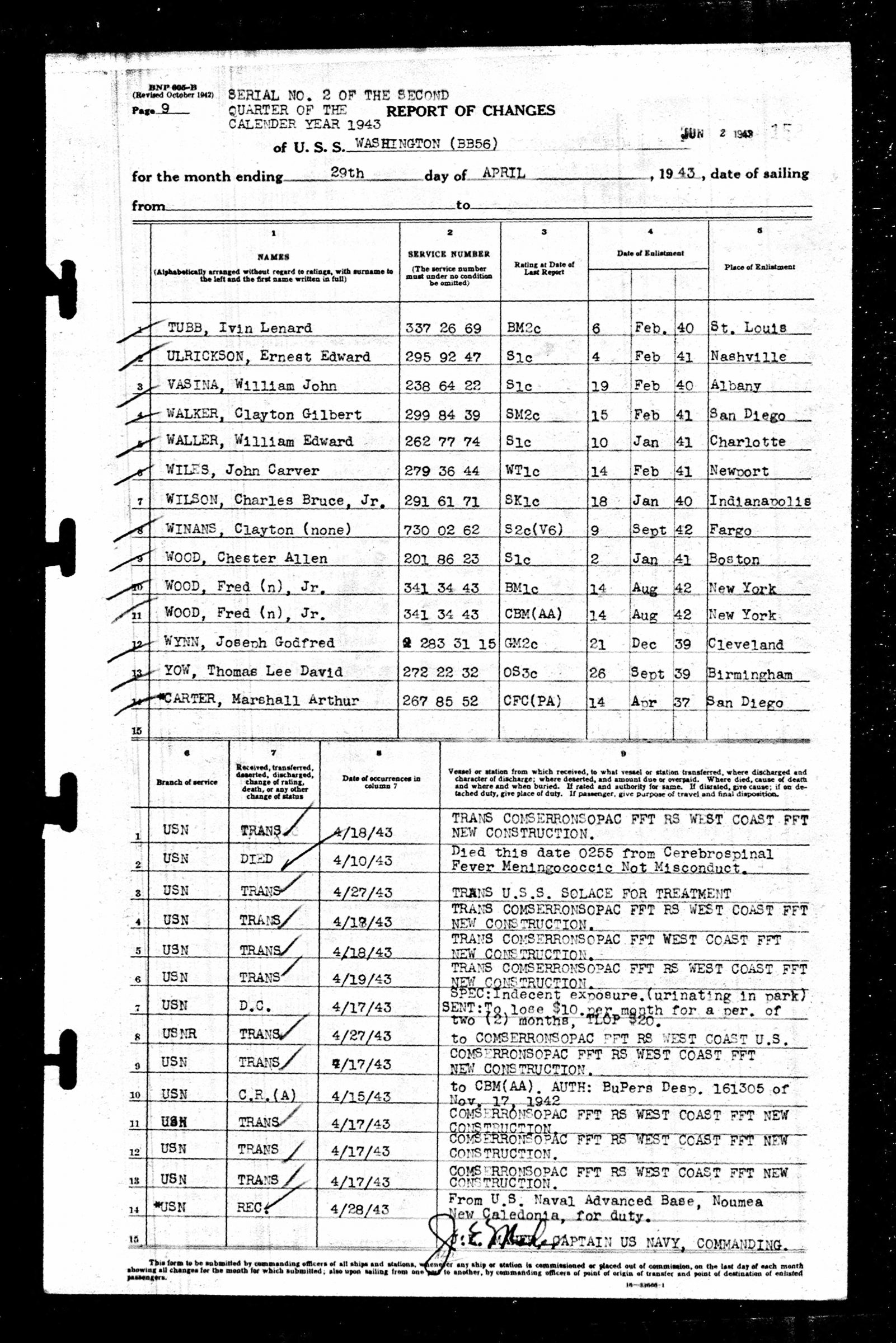 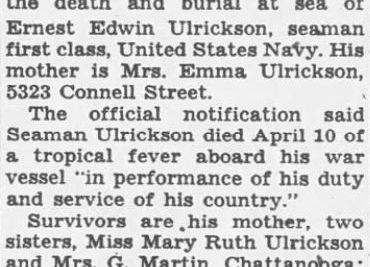