Ernest Ellas Seal was born on 15 October 1913 to George Washington Seal and Emily L. Seal. He was married to Cleopatra “Cleo” Collingsworth. He was wounded in action on July 5, 1944 in France and died July 27, 1944 in a hospital in England.

The Knoxville News-Sentinel, 14 February 1949
The body of Pfc. Ernest E. Seal, of Route 6, Tazewell, has been returned from England aboard the Atenas, Department of Army announced. Pfc. Seal is amont 175 American war dead whose bodies are being returned from military cemeteries at Brookwood and Cambridge.

He was returned to Bailey Cemetery, Tazewell, TN

Ernest was killed in battle. His wife, Cleopatra, was given his Purple Heart. His hometown was Tazewell, TN. His rank was PFC.
-Submitted by his great nephew, Jeremy Whitaker 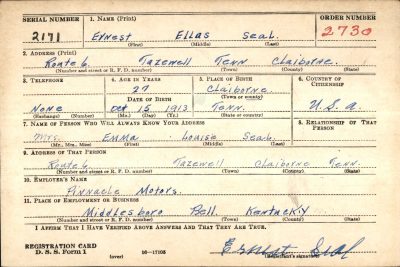 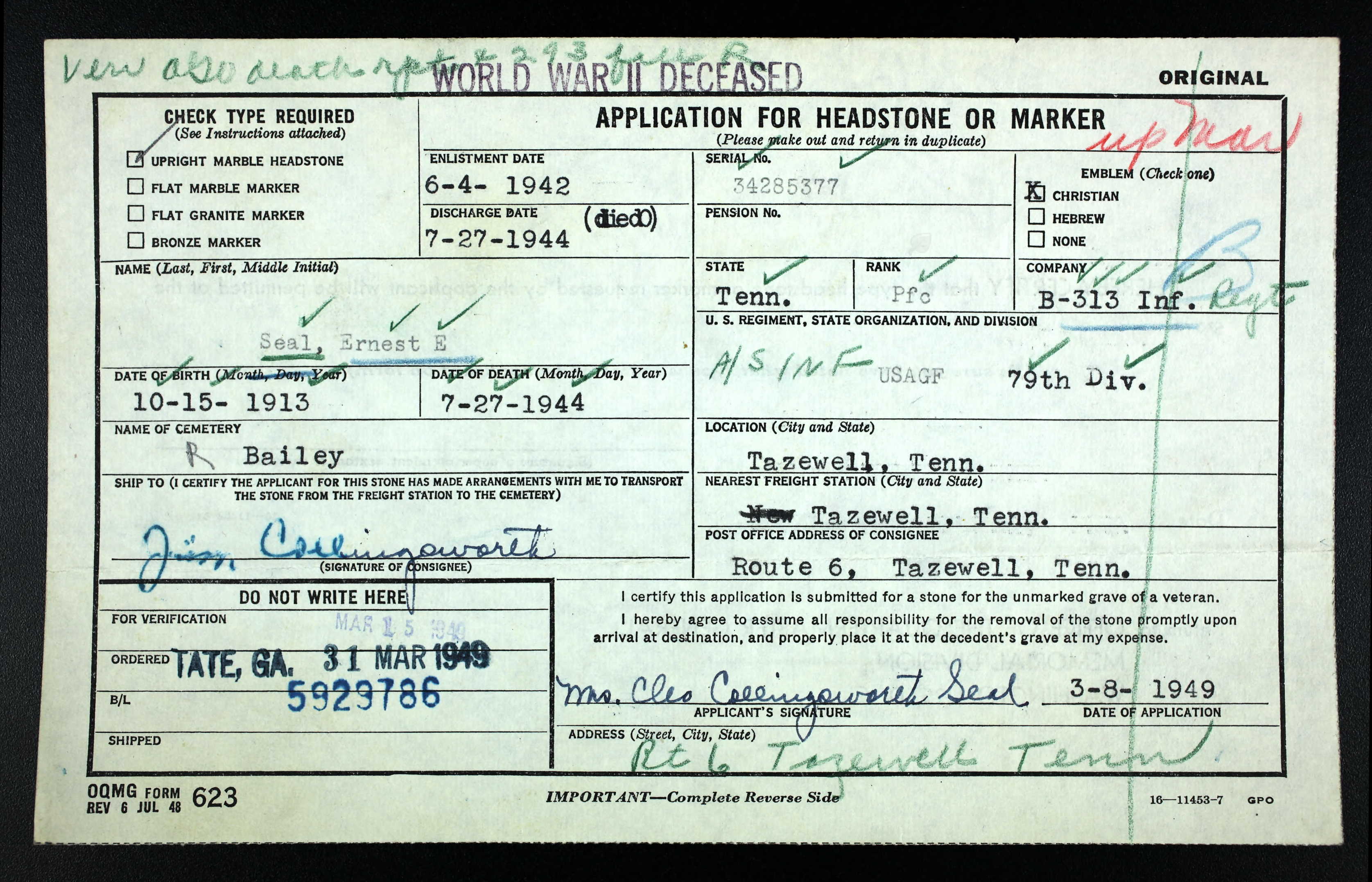 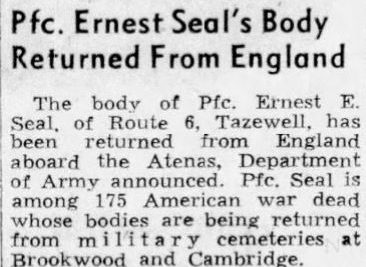 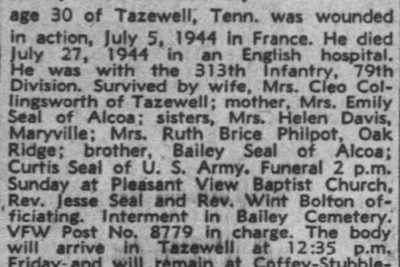