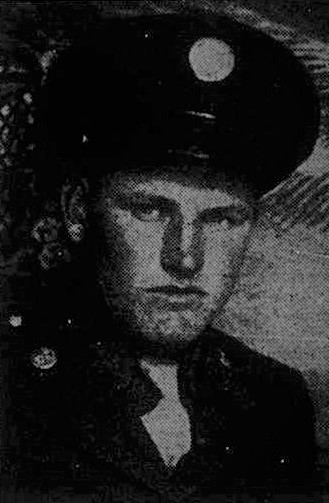 The Loudon County Herald, September 6, 1945
Private First Class Ernest C. Pugh, killed in action in France July 12, 1944, is survived by his wife, Mrs. Lola B. Pugh; his parents, Mr. and Mrs. John Pugh, Route 1; six brothers and two sisters.
“Dear Mrs. Pugh:
I have the honor to inform you that, by direction of the President, the Silver Star has been posthumously awarded to your husband, Private First Class Ernest C. Pugh, Infantry. The citation is as follows:
Silver Star. “For gallantry in action in the ***, 12 July 1944. Private First Class Pugh, a rifleman, was a member of a squad assigned the mission of covering the withdrawal of two platoon which had encountered flanking machine gun fire while advancing down a sunken road. After the platoons had successfully withdrawn, Private First Class Pugh volunteered to cover the withdrawal of his own squad. As the last elements of his squad withdrew, enemy infantrymen rushed his position. He succeeded in killing three of the enemy before he was himself killed. The gallant actions of Private First Class Pugh, whos self-sacrifice enabled his comrades to withdraw from a precarious position, reflect the highest credit upon his character as a soldier and upon the military service.

Crossville Chronicle, May 13, 1948
Last rites for Pvt. Ernest C. Pugh, who gave his life for his coutry on July 12, 1944 in France were said at the Mayland Baptist Church. With the full military service prepared and given by members of the West-Buttram Post, VFW, the Legion Post 163 and 238, these last rites were most impressive. 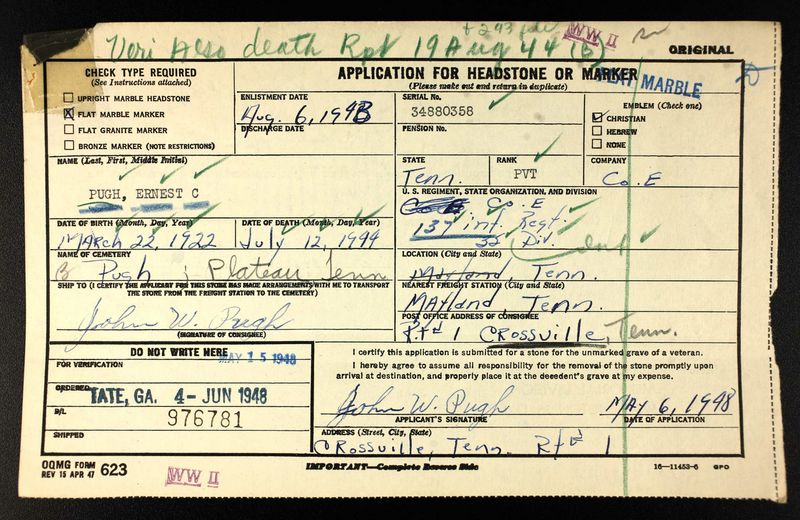 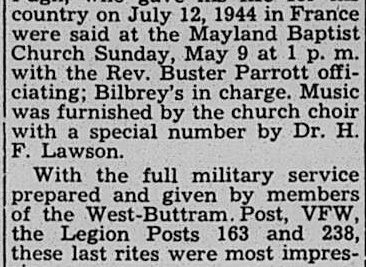