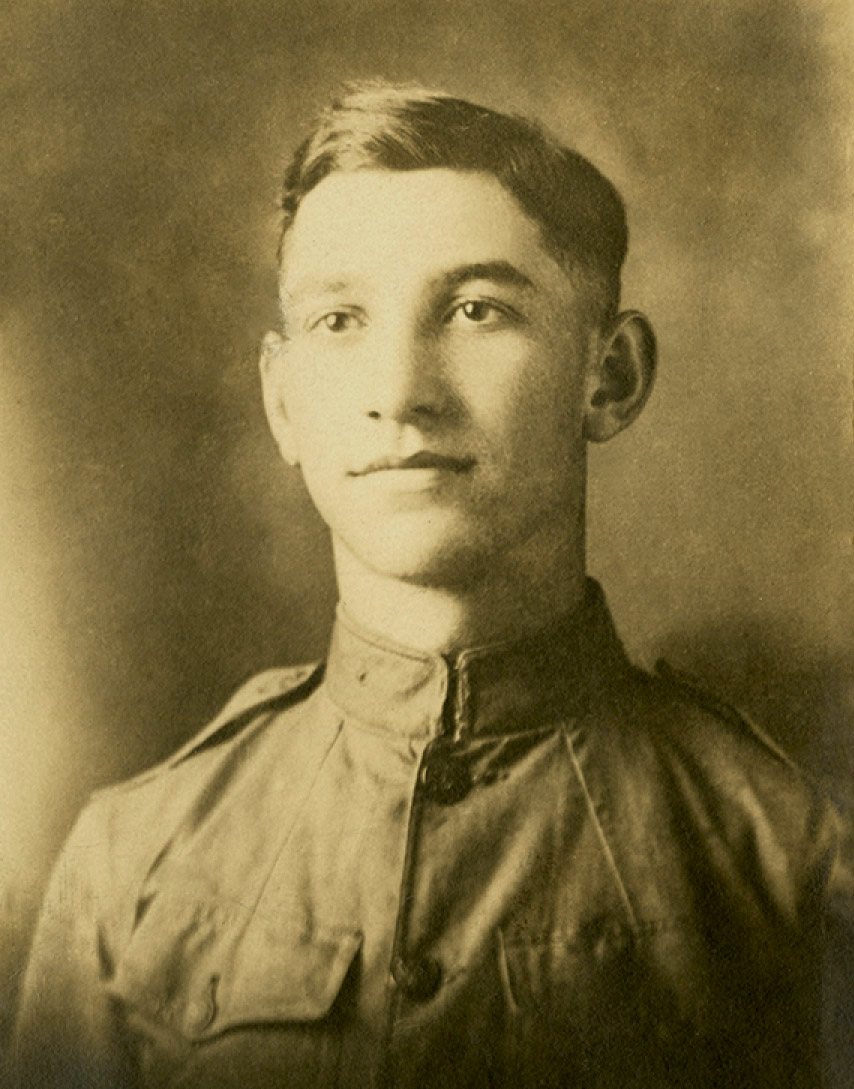 Ernest Clayton Carter was born 14 November 1895, Chucky, Tennessee to R. Clayton and Alice Carter. He was killed in action, while going after the wounded as a stretcher bearer. He was initially buried at Geneve, Aisne in France and reinterred at Chuckey, Tn on 1 April 1921.

“Receives Last Letter From Son
Mrs. R.C. Carter, of Chucky, Tenn., Hears He Is Well. Next Message Tells of His Death on the Battlefield”

The letter follows:
Somewhere in France. October 1918
I guess it is with the greatest pleasure in my life that I can now write you. I am well and O.K.., except wearied from having no sleep in four days and nights and at least 25 miles on a bike in the past day and night.
I got to sleep last night for the first time in five nights. I am now at a rest camp. I am just back from a real battle. I suppose you read in the papers of the success of the Australian and Americans on the Hindenburg line. Believe me that is some line and I have been across it and all around the canal. It is at least 200 feet from the top of the bank to the water and has bridges nearly one mile wide.
You read where the Germans made high explosives out of their dead. I never believed it, but now have seen it with my eyes. One of the vats was captured and there they were, some partly cut up to put in and others had been three for days. It was one more sight. It is something to be proud of to come out of such a push. You know everybody had been watching for the Hindenburg line to go down. I hear that the Berlin papers praise the North Carolina, South Carolina and Tennessee troops for their good work.
We were with the good old Australians, the best fellows in the world, and they think the same of us. We went through all kinds of shell fire. The ground is absolutely torn to pieces and in the towns there is not one brick upon another, so to speak. We were in rain and mud all the time and lots of time the mud was almost knee deep I tried to sleep in the muddy trench with a shelter half under me and the rain coming from the sky. I never got scared. A piece of shell missed my head only about a foot. It would have cut down a big tree. The experiences is enough to make a fellow fear nothing by god. The prisoners looked pleased and would gladly carry back the wounded. I am feeling very well except I have not got well filled yet.
-The Journal and Tribune, Knoxville, Tennessee, Sunday, November 10, 1918 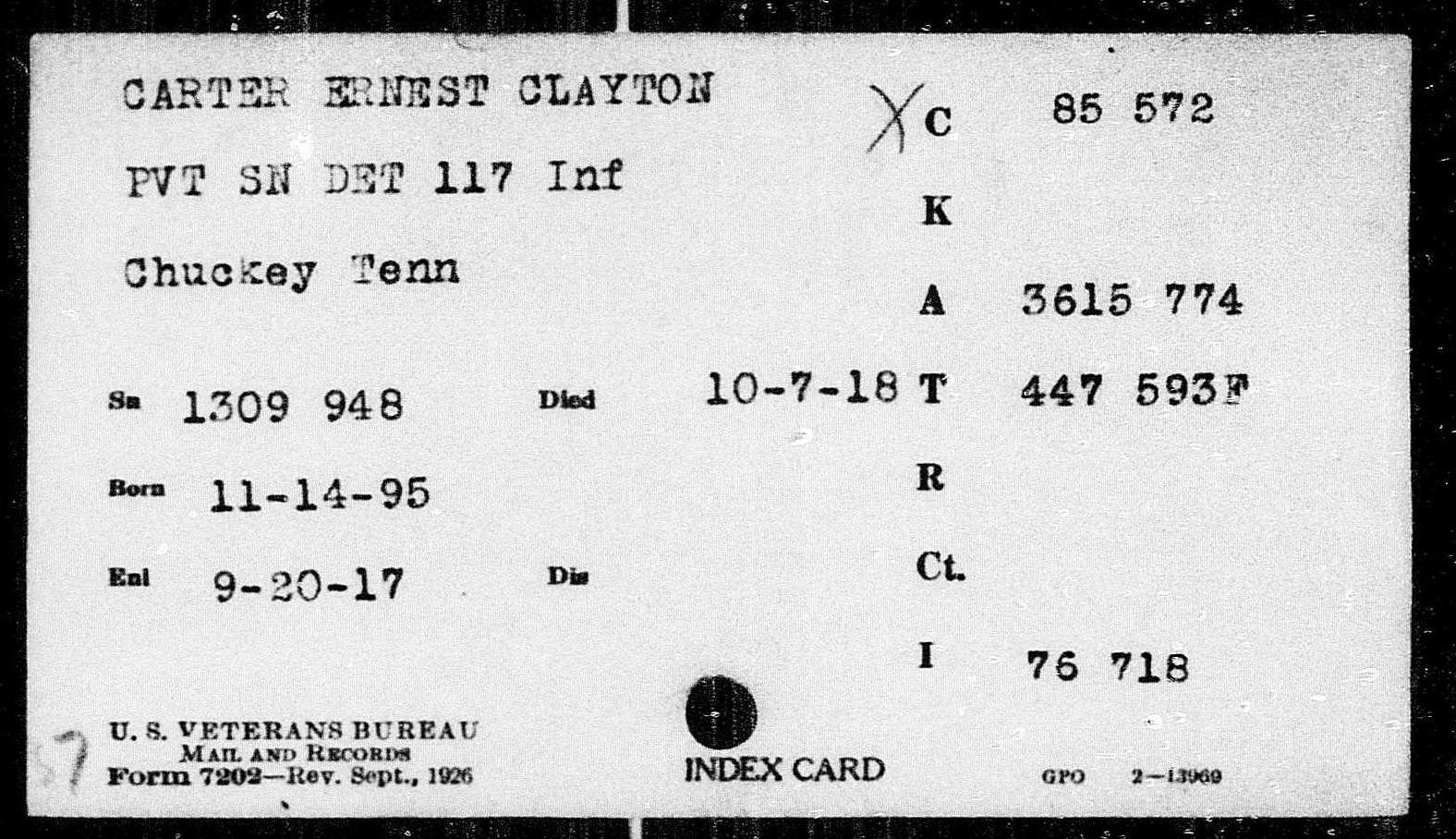 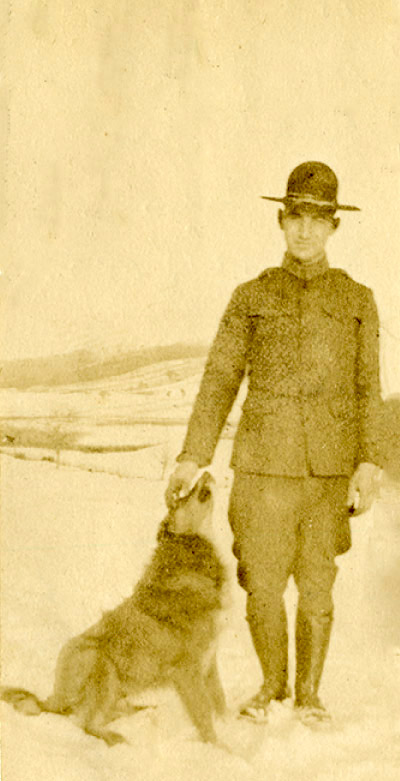 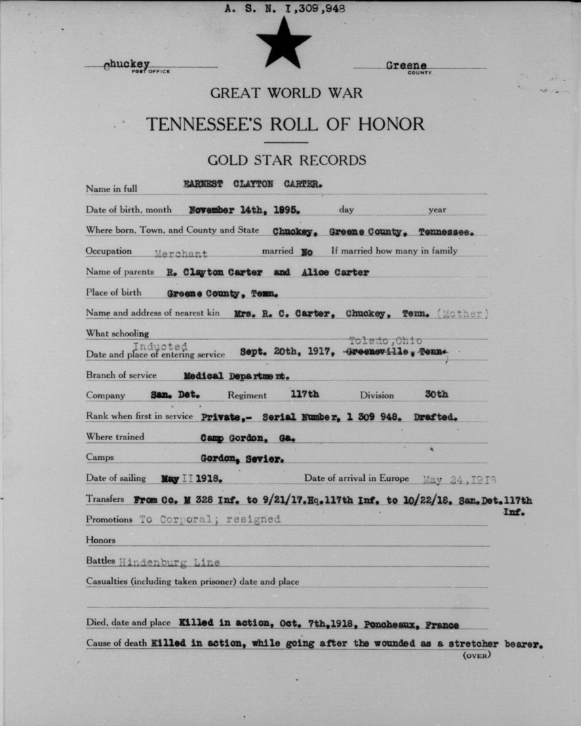 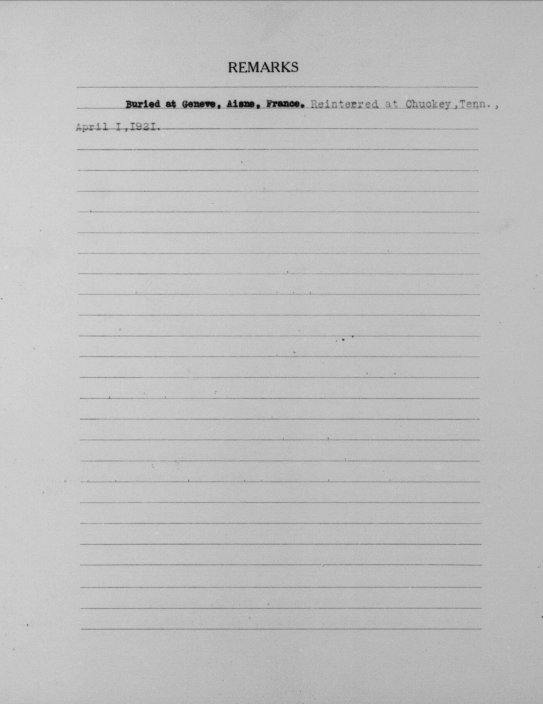 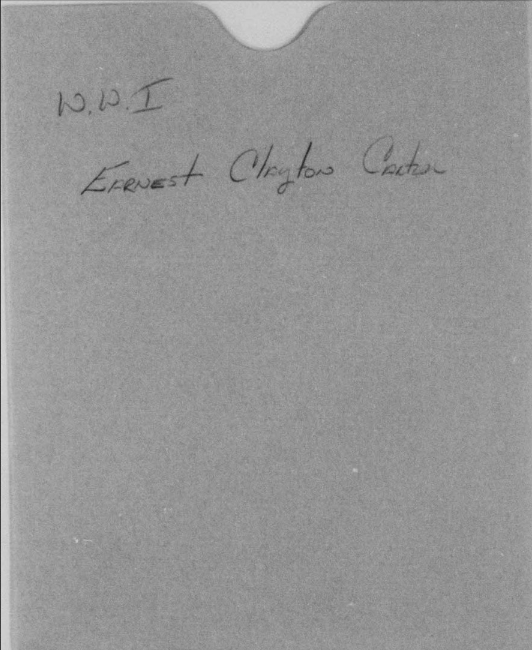 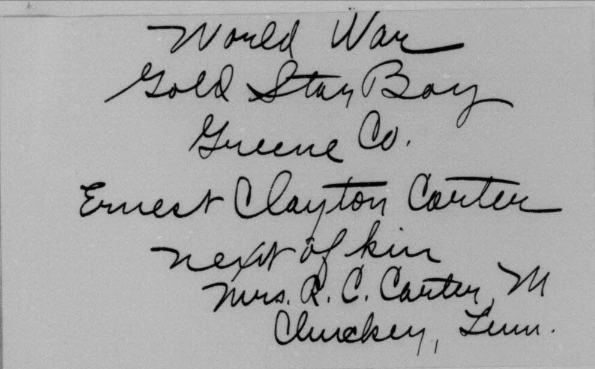 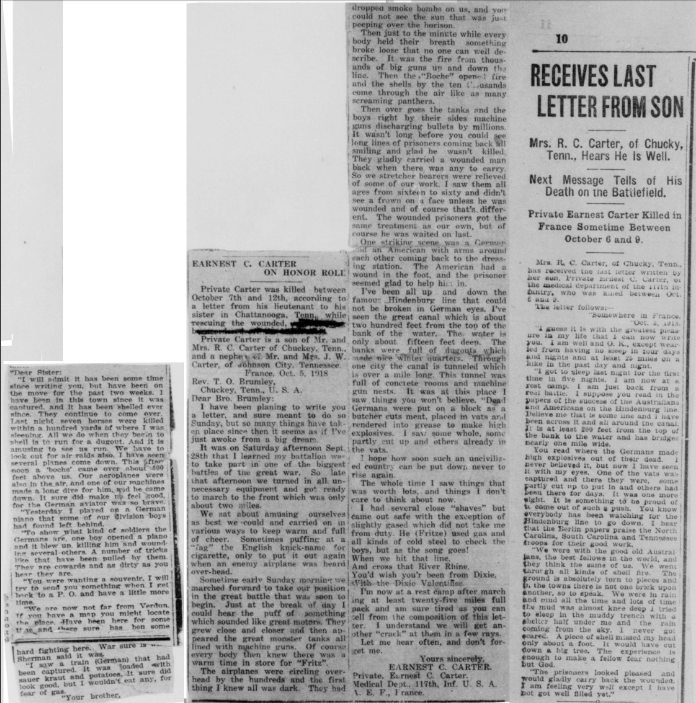 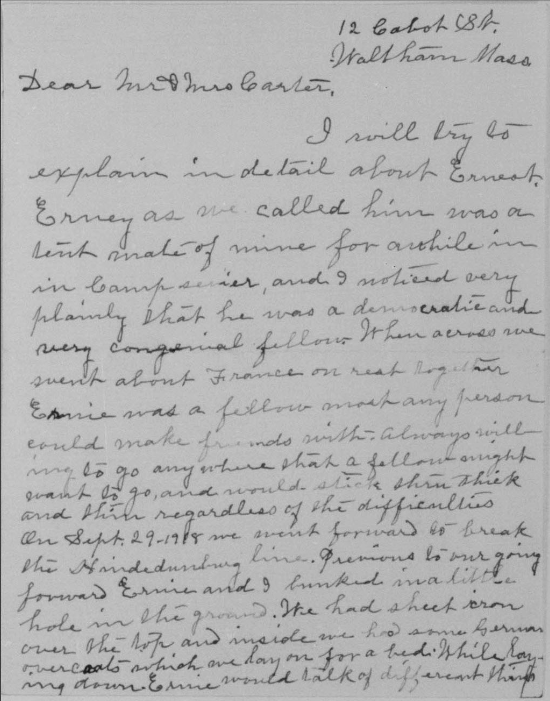 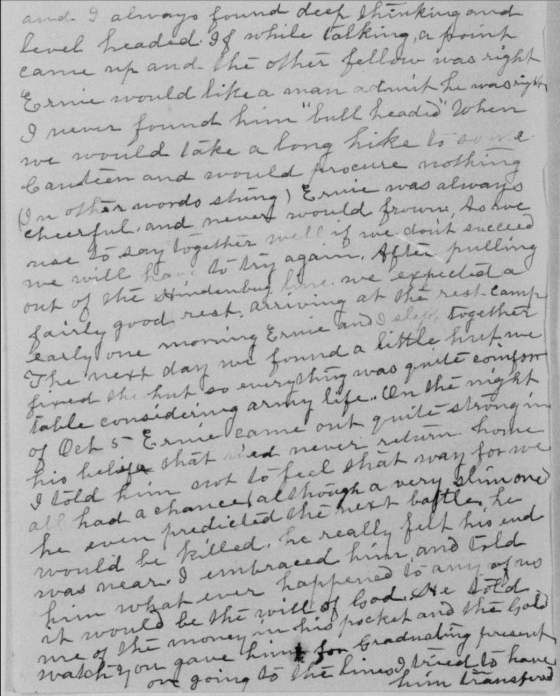 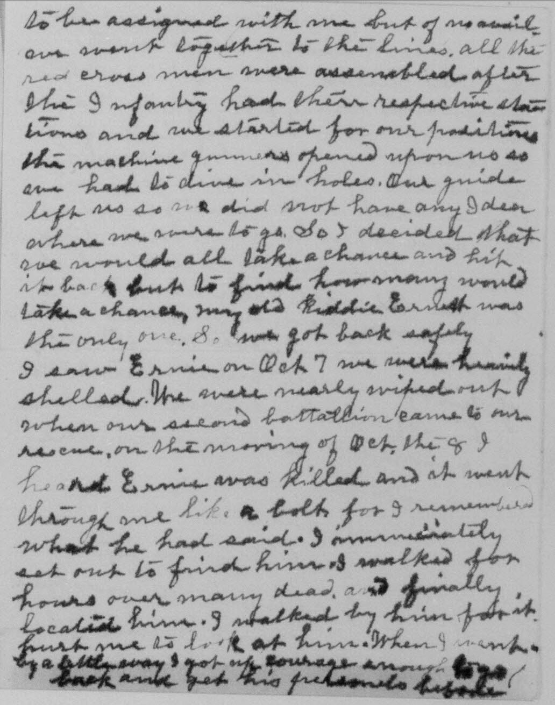 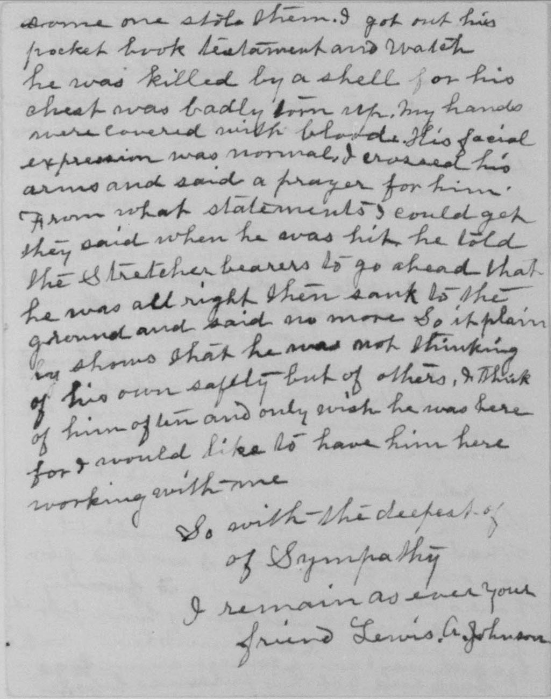 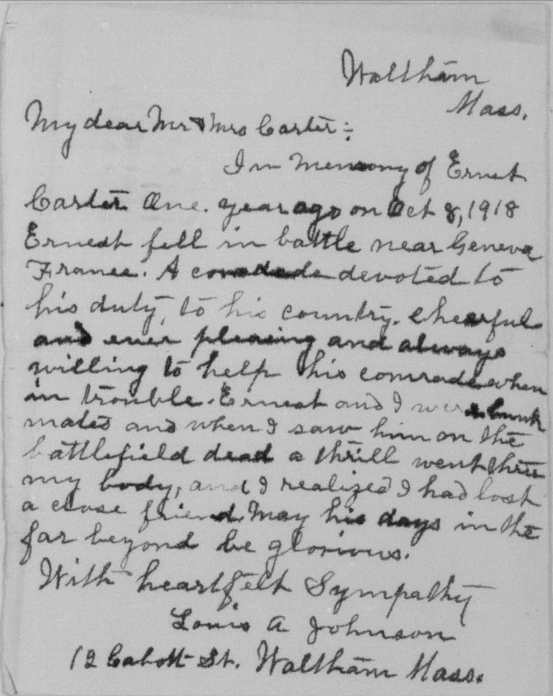 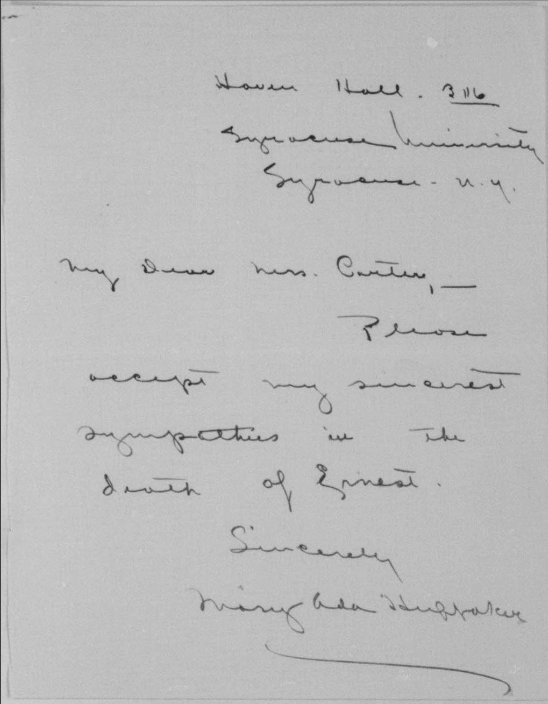 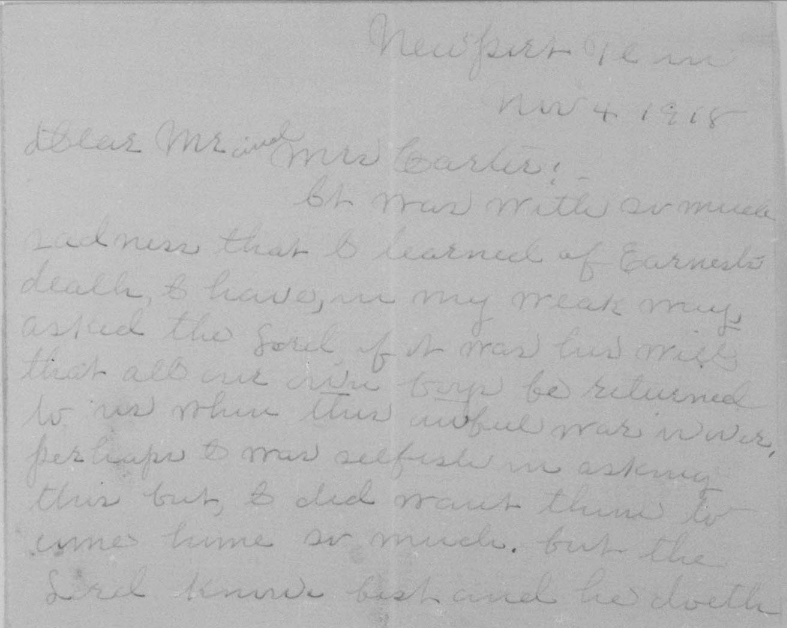 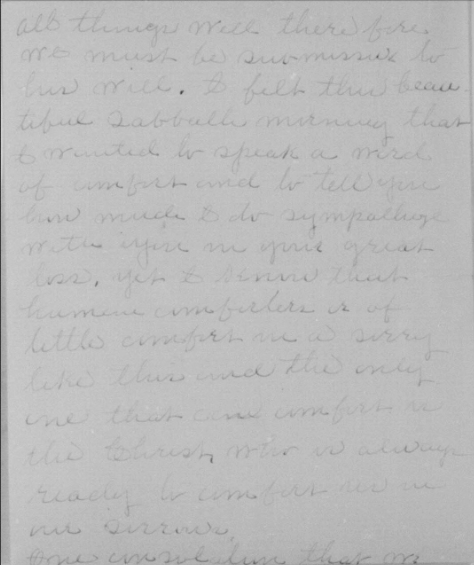 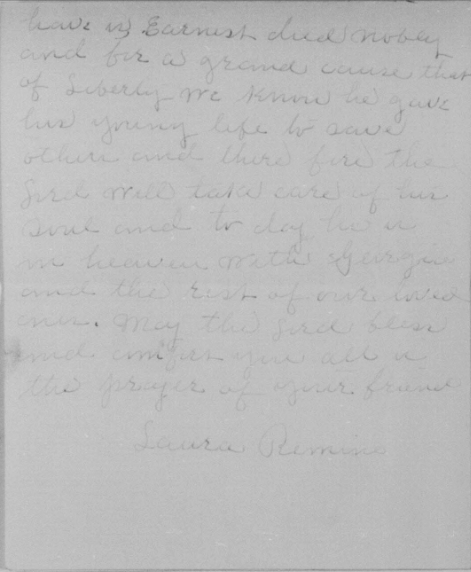 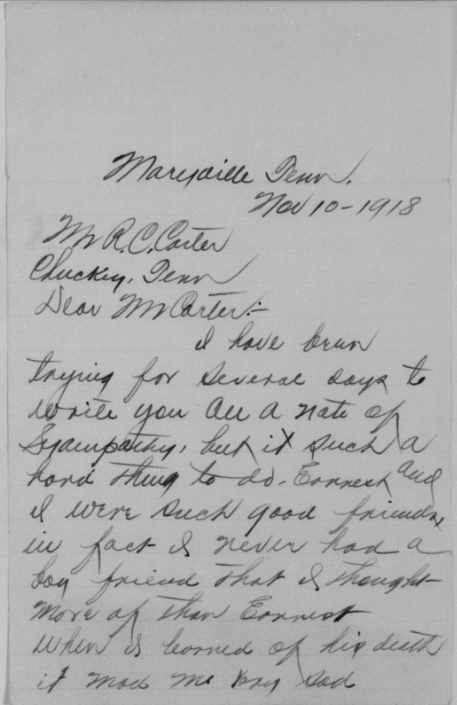 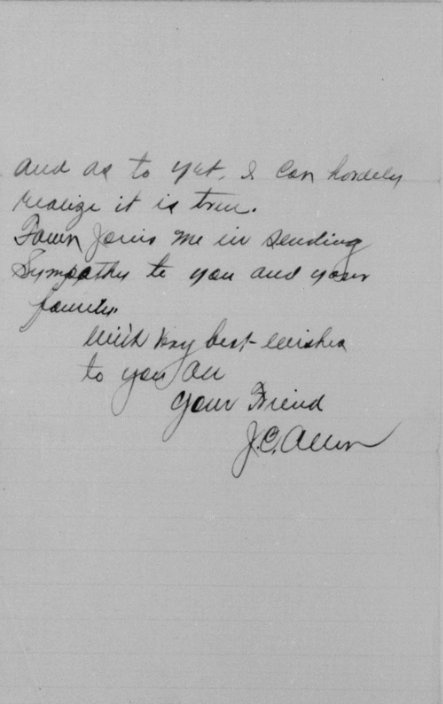 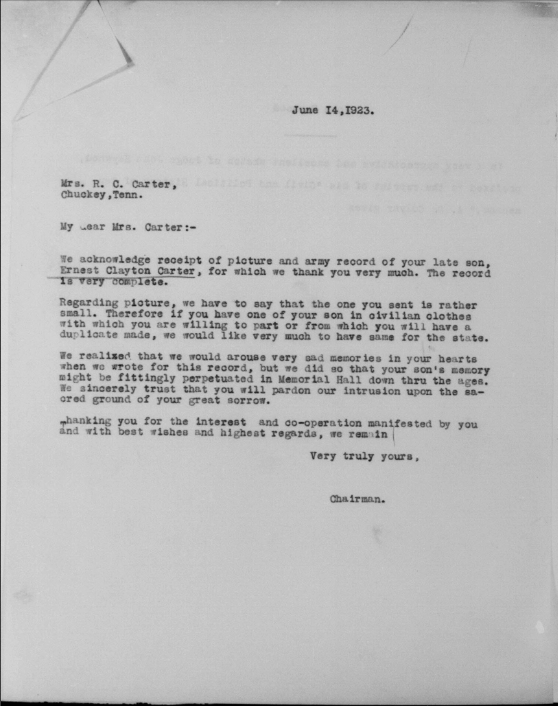 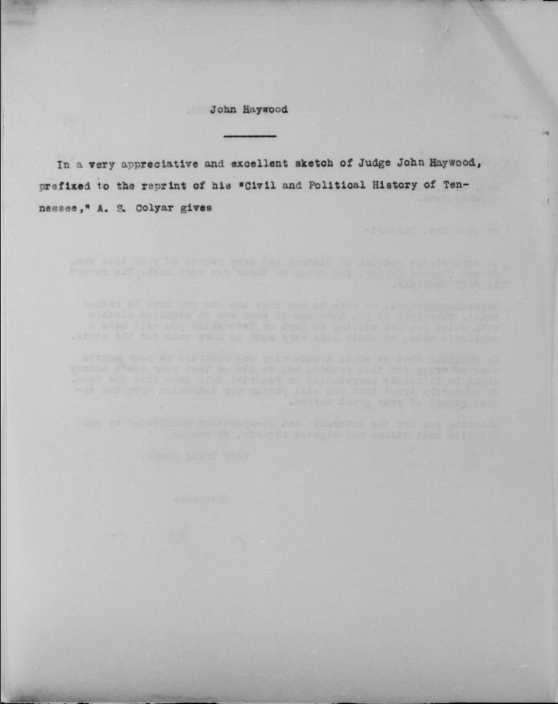 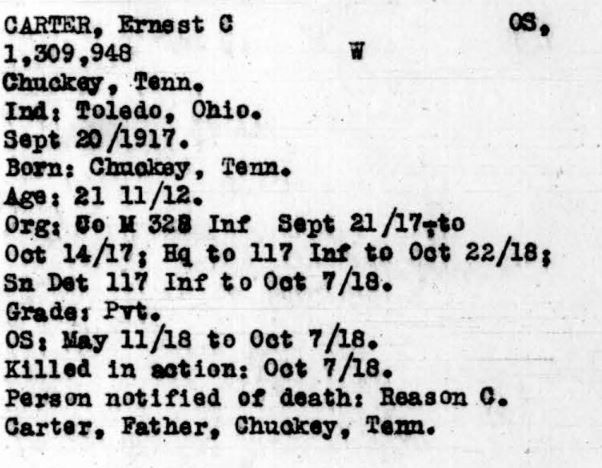