On 18 December, many units of the Third Fleet, while attempting to fuel east of the Philippines, were overtaken by an unusually severe typhoon which formed near the force, resulting in the capsizing and sinking of three destroyers, Hull, Monaghan and Spence, as well as considerable damage to other units.
Extensive searches of the area, conducted by many ships and aircraft on the 19th, 20th and 21st of December resulted in picking up a few survivors from the lost destroyers: 7 officers and 55 men from the Hull, 1 officer and 23 men from the Spence and 6 men from the Monaghan. A total of about 790 men and officers were lost. 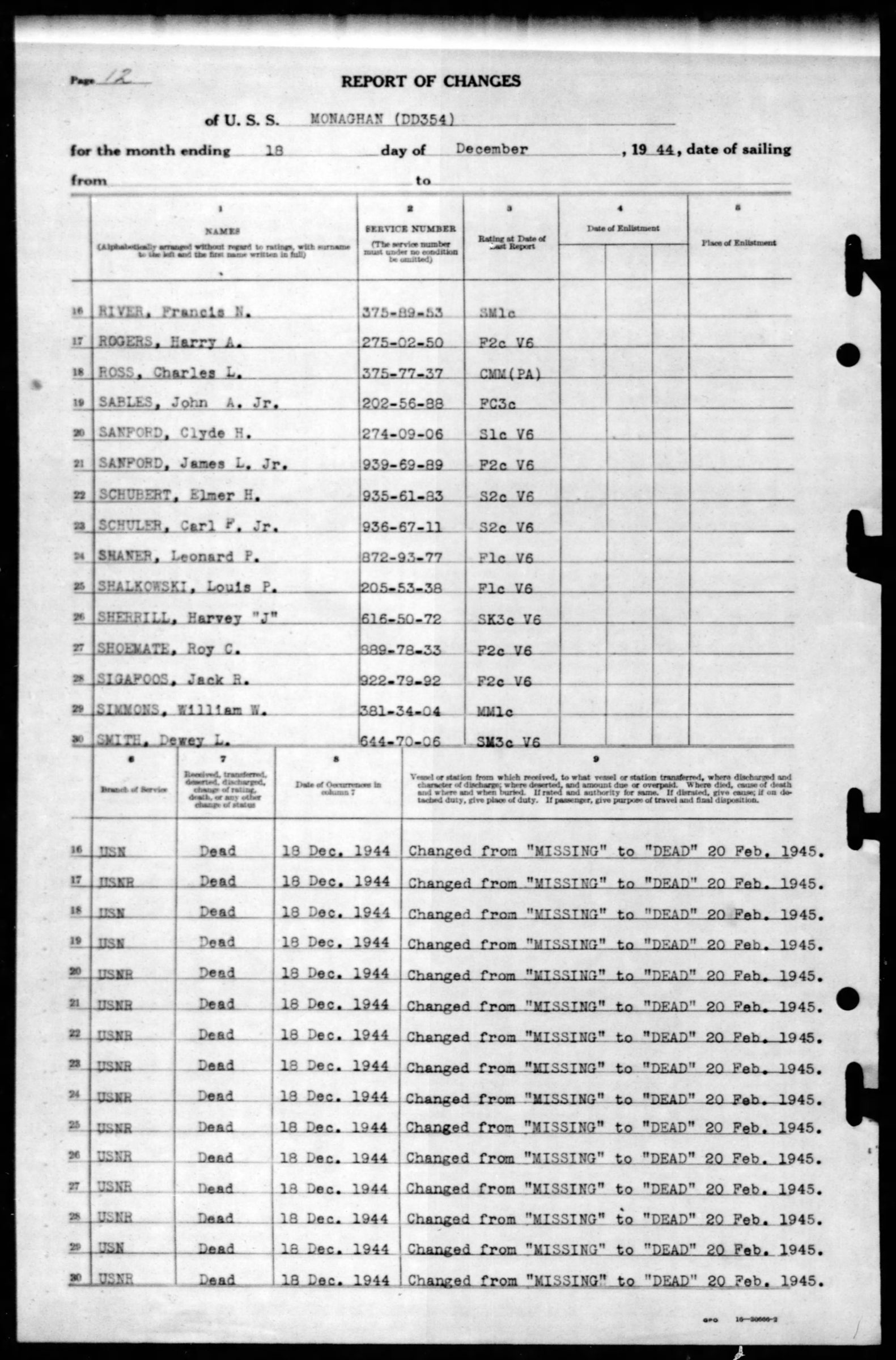 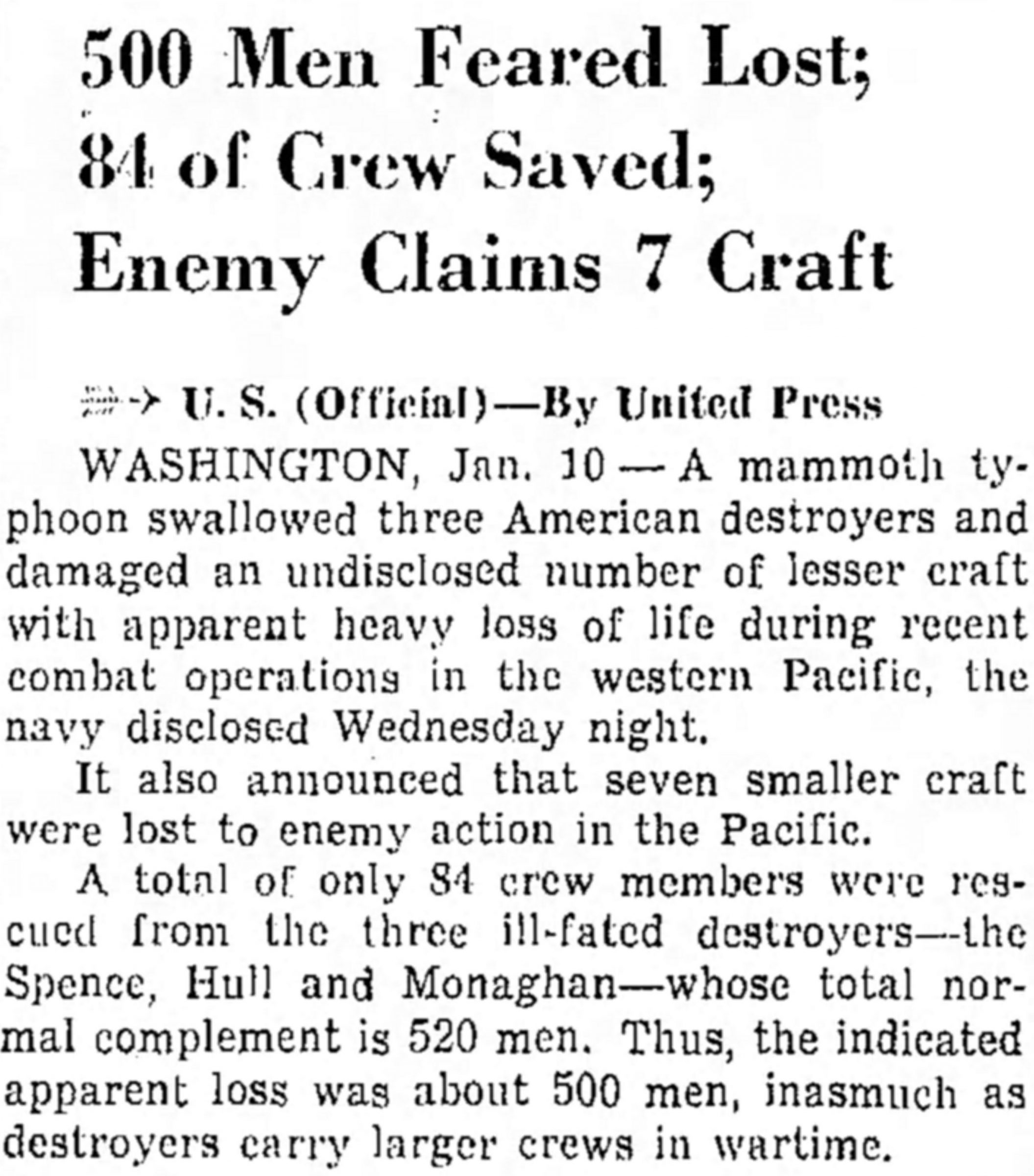