Corporal Elmer C. Harvey #14021855 US Army Air Forces was assigned to the 17th Bomber Squadron, 27th Bomber Group Light stationed in the Philippines before the start of hostilities with Japan. After the bombing of Pearl Harbor and the subsequent attack on the Philippines, the unit became ground infantry with the loss of their aircraft.

Corporal Harvey is listed as dying Non-battle on the 23rd of May 1942 during the period of the Bataan Death March and subsequent POW period. He was a prisoner of war and taken to PW Camp #4 – O’Donnel Tarlac Luzon Philippines 15-120.
He is interred at N,8,148 in the Manila American Cemetery, Manila, Philippines.

The Johnson City Press, 10 June 1945
Mrs. Elmer C. Harvey, the former Louise Campbell, has received word from the War Department that her husband, Corporal Harvey, died of dysentry and malaria in a Japanese prisoner of war camp in the Philippines, May 23, 1942. Corporal Harvey was a member of a bomber squadron believed to have been serving in the Philippines a few days  before the attack on Pearl Harbor. He was reported missing in action after the fall of Corregidor and, after two years, the War Department established an official finding of death. Active in East Tennessee sports, Harvey attended the University of Tennessee one year, Milligan College two years and attended East Tennessee State College one year, assisting in the coaching of the football team. He was employed by Tennessee Eastman Corporation in Kingsport before entering service. He is the son of O.L. Harvey of Catawba street. 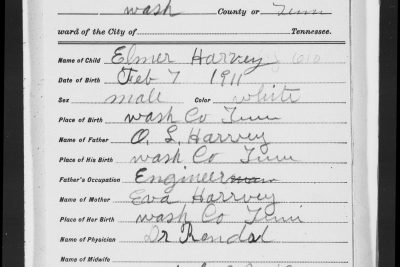 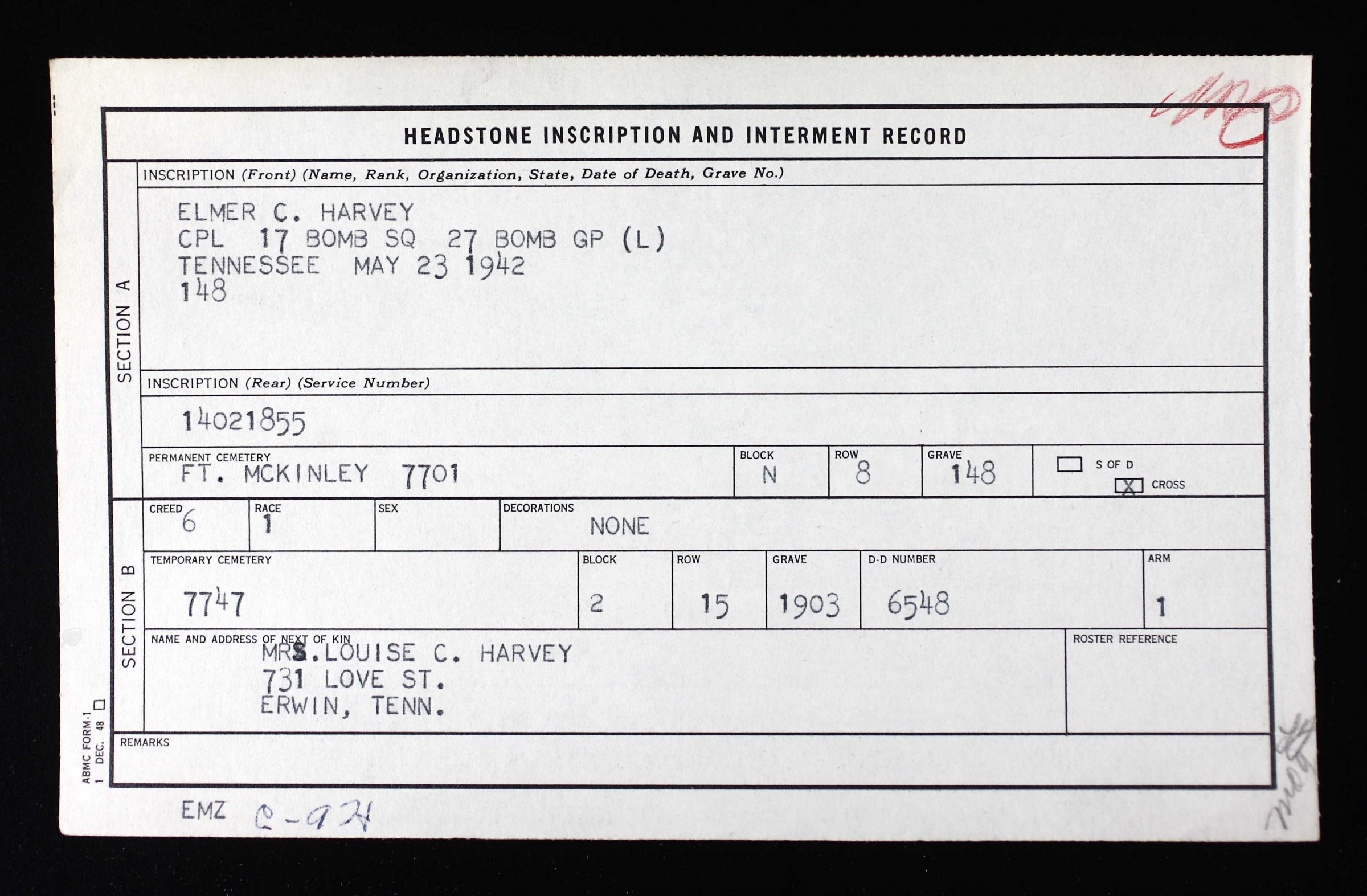 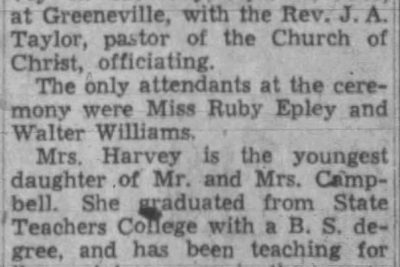 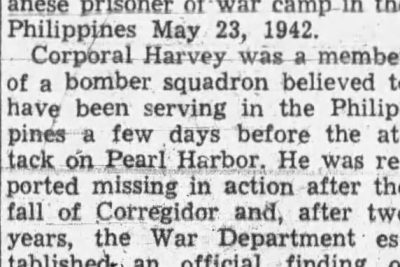