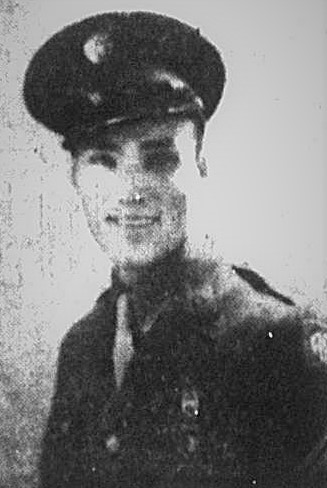 His brother Raleigh B. Moore was killed in action in France on 8 November 1944. He is survived by three sister, Eva Moore of Blountville, Mrs. Ernest Gosnell of Marshall, N.C. and Zora Devoti of Greeneville. They were the son of the late John Moore and Hattie Mae Cutshaw Robertson.

The Greeneville Sun, Wednesday April 6, 1949
The bodies of two brothers, Pfc. Ellis A. Moore and Pvt Raleigh B. Moore, both killed in World War II and in less than six weeks time will arrive in Greeneville on train 46 Wednesday morning. Pvt. Raleigh Moore entered teh service on February 2, 1942 and was killed November 8, 1944 in France. He was attached to the 101st Infantry and 26th Division. Pfc. Ellis Moore entered service March 12, 1944 and was killed in Holland September 25, 1944. He served with the 101st Airborne Division. 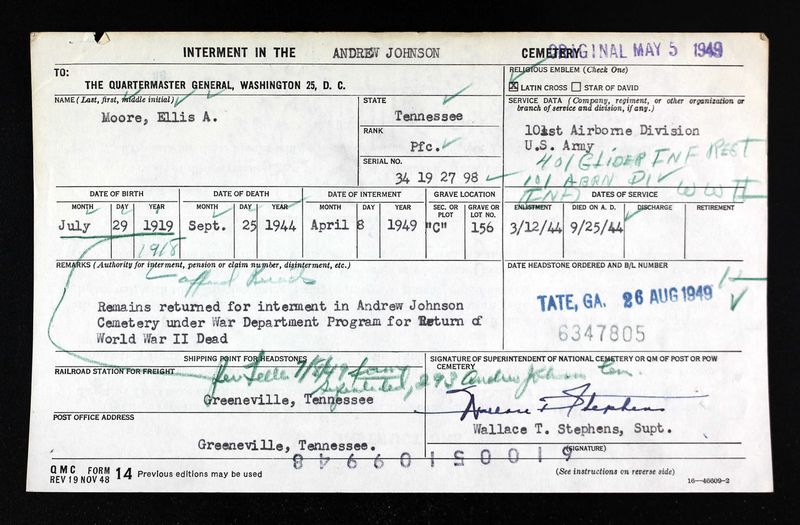 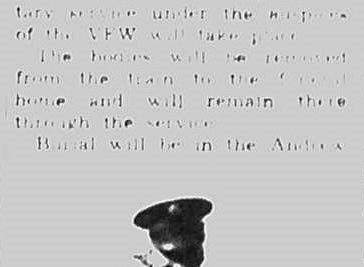