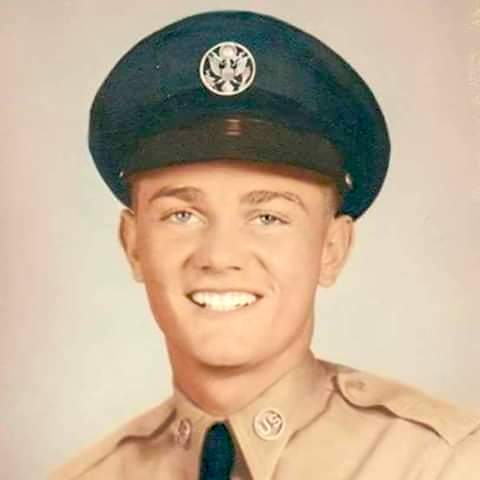 Major Elijah Goar Tollett IV was born on August 30, 1930, and was originally from Crossville, Tennessee. He attended the University of Tennessee and Tennessee Tech at Cookeville prior to entering the Air Force in 1951. He received his commission in 1952. Prior to his assignment to Southeast Asia in August 1964, he had served six years with the Air Weather service in California. While in Southeast Asia, he was assigned to the 13th Bombardment Squadron, where he served as a navigator on the B-57 Canberra.

He served his country in the Vietnam War in the United States Air Force in the 13th Bomber Squadron, 6252nd Tactical Fighter Wing, 13th Air Force. He was a 14-year veteran of the Air Force when his tour began in Vietnam. On January 12, 1966, Maj. Tollett was killed when his plane crashed under non-hostile conditions in Quang Nam province, South Vietnam ; he was 35 years old at the time of his death. Maj. Tollett is buried at Arlington National Cemetery in Arlington, Virginia, 35, 1437, and is memorialized on the Vietnam Veterans Memorial on Panel 4E, Line 68.

Account from Vietnam War Stories about Major Tollett’s death at the Da Nang Air Base in Vietnam:

…The B57 fuselage’s tail scraped the surface first, then the body belly landed–belly slapped really. Landing gears-up, the fully fueled and armed bomber scraped along the runway flaming sparks like a high-speed but upside down car sliding on its roof. Metal to runway, the scraping-screeching noise of a thousand fingernails on blackboards assaulted our ears. The bomber slid on the pavement from runway’s center toward the right edge. God knows how, it bounced airborne again then immediately pancaked on the runway shoulder and plowed a shallow furrow for several hundred feet.

The bomber, still upright, rocked from left wing and settled onto the right bomb-laden wing. All was quiet as the cockpit opened and the pilot, Captain Leon Boyd Smith II, climbed out near the wing. Miraculously, the crewman Major Elijah Goar Tollett Jr., followed him, both standing near the dipped wing, no doubt surprised to still be alive! A 500 pound bomb directly beneath the wing where they stood exploded. The first millisecond a glass-dome a hundred yards at its base and filled with white-fire engulfed the bomber. The next instant a massive concussion wave literally visible like a fog slapped sentry dogs and handlers to the ground. Seconds later the sound of worlds-colliding assaulted and shook the airbase. Debris rained down from the heavens and a large chunk of fuselage crashed on the rim of a gouged red-earth crater.

It should be noted that my Uncle Bud was actually not supposed to be on that fateful flight with Captain Leon Smith that day. He volunteered to take this flight for another Air Force navigator whose wife had arrived at Da Nang early, and Bud’s wife had not arrived yet, so he offered to take the flight for his friend. My Uncle was an amazing guy.

Another little known and fascinating fact about my Uncle “Bud” that the Air Force discovered while Bud served as a Navigator in Vietnam was that Bud had a vision condition (some call it “color-blindness”) which allowed him to view certain colors of green as “blue spots” in his eyes. As it turned-out, it was discovered that the exact green color/s that were used in the camouflage of the North Vietnamese Army “stood-out” as blue spots to my Uncle Bud. This enabled him to spot the anti-aircraft gun positions in the jungles. Once this was discovered, the Air Force would send him on “RECON” flights to chart these gun positions in the jungle and then route the bombing missions around them. Awesome!
–Submitted by his nephew Terry Odom

In picture below Tollett and his wife, Polly 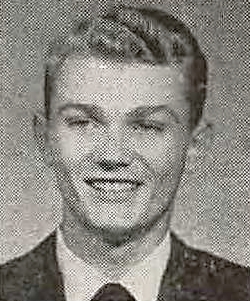 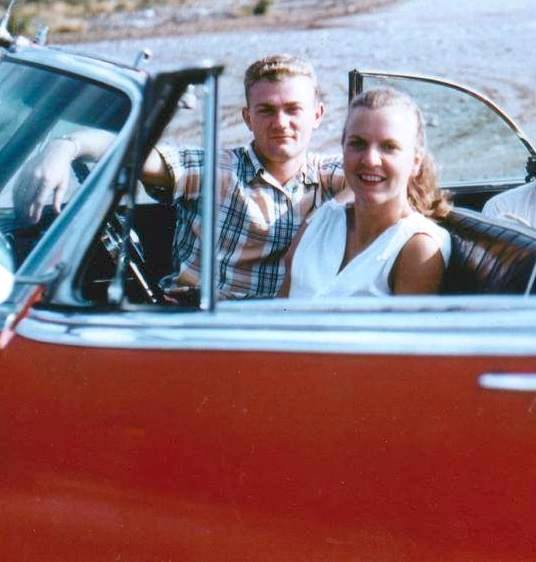