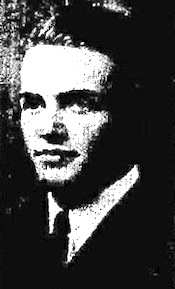 The Kingsport Times News, 13 February 1949.
Body of Elbridge W. Palmer to arrive in city Tuesday. Colonel and Mrs. E.W. Palmer have received word that the body of their son, Lieutenant Elbridge William Palmer, will arrive in Kingsport on Tuesday at 2:15 p.m. Lieutenant Palmer was severely wounded on Okinawa April 29, 1949 and died in the Naval  Base Hospital on Tintan Island in the Marianas on May 12, 1945. A short funeral service will be held at St. Paul´s Episcopal Church at 3:30 p.m. Tuesday with the Rector Rev. Leicester F. Kent, officiating . Burial will be in the Kingsport cemetery. Pallbearers will be schoolmates of Lieutenant Palmer: Leland Humphrey, Thomas Johnston, Ernest Painter, Joseph Platt, Phillip Shivell, E.W. Tipton Jr., Joseph Tipton and A.J. White. The color guard of Hammond Post No. 3 American Legion, will act as honor guard.

Lieutenant Palmer was born in Bayside, N.Y. on May 1, 1920 and moved with his parents to Kingsport in 1925, where he attended public school. He graduated from Tennessee Military Institute in 1939 and from Lehigh University in May, 1943. He enlisted in March, 1943, while a senior at Lehigh University and received his commission at Fort Benning, Ga., in July of the same year. Lieutenant Palmer was assigned to Camp Adair, Oregon and then to San Luis Obispo, Cal., where he joined the 381st Division at Camp Beale, Cal., on April 14, 1944. He served with the 96th Division in the invasion of Leyte and Okinawa, commanding a machine gun platoon of Company D, 381st Infantry Regiment. 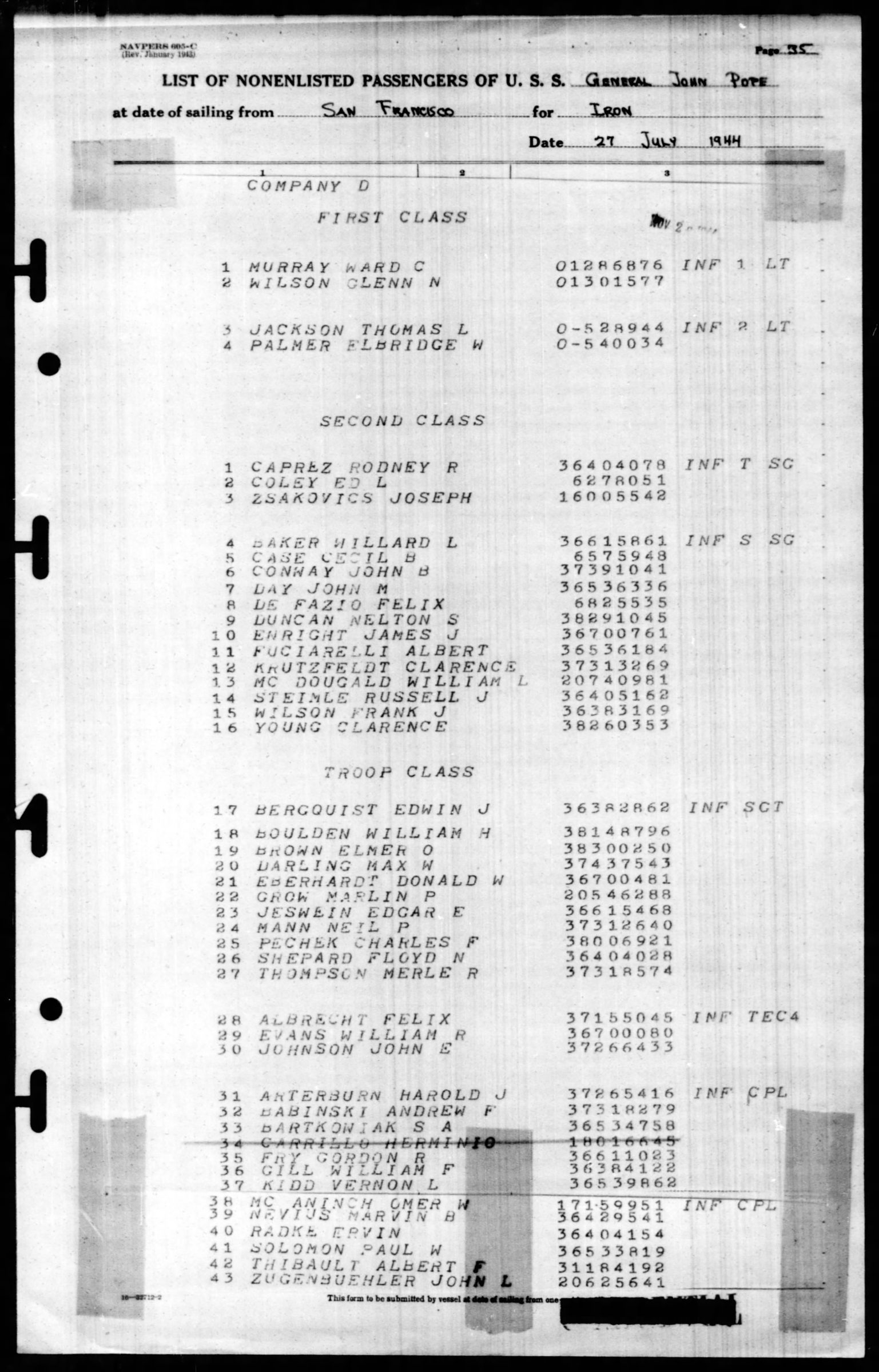 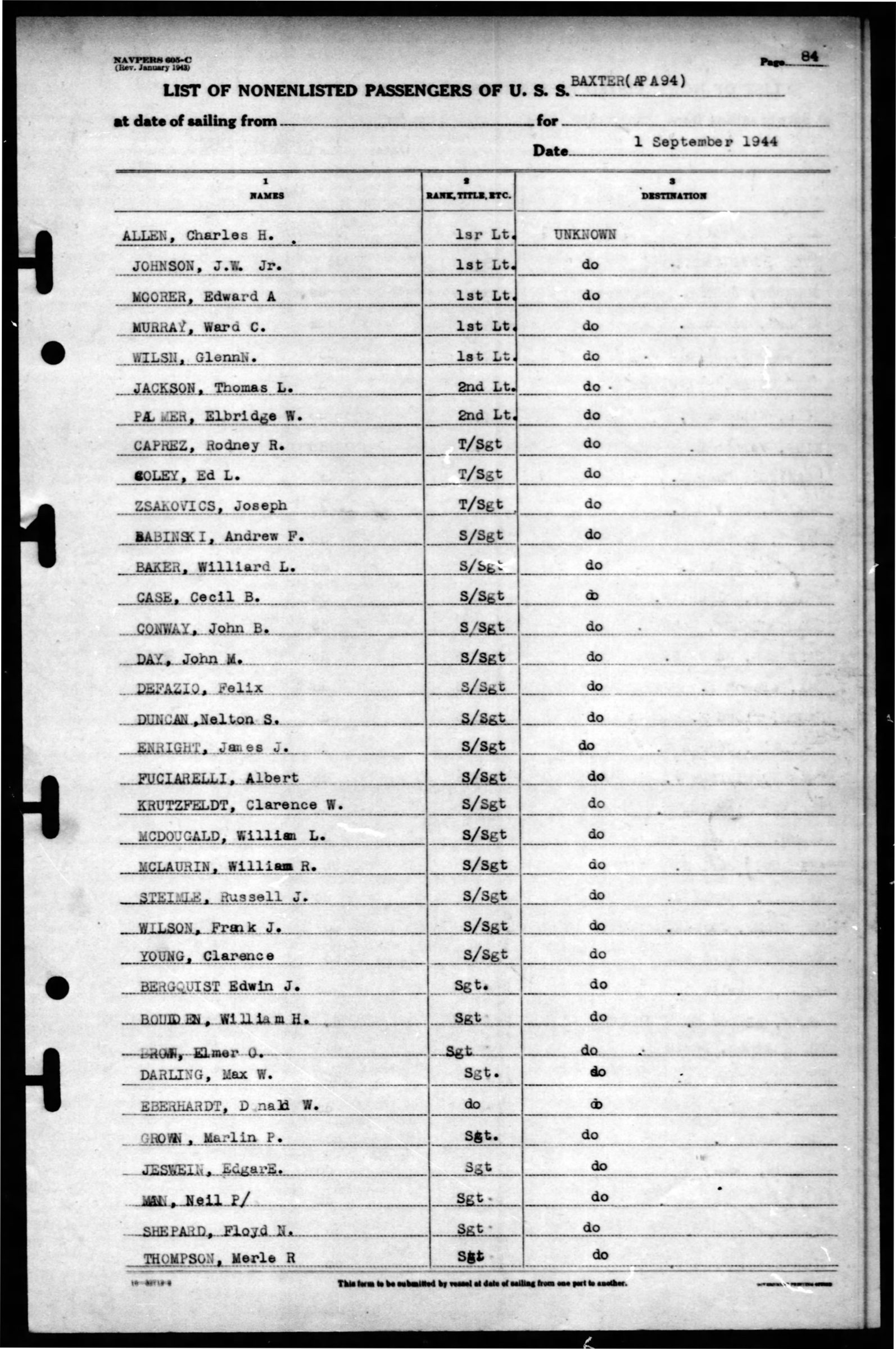 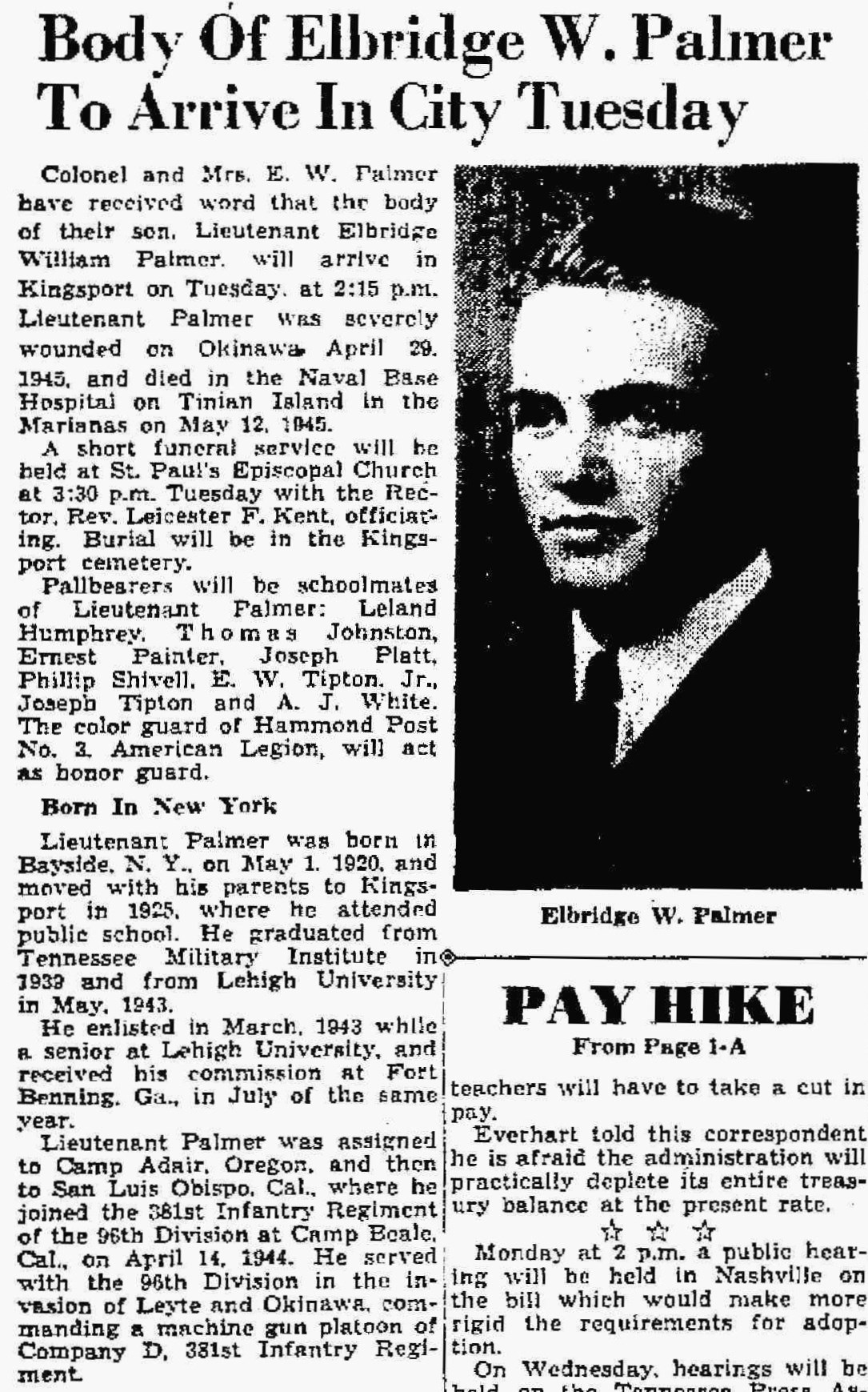