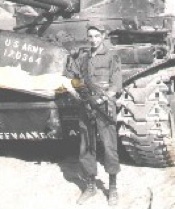 Corporal Elbert Ford Price, Jr. was born on October 15, 1945, and was originally from Grafton, Ohio, and was later a resident of Watauga, Tennessee. He served his country in the Vietnam War in the United States Army, as an automatic weapons crewman in B Battery, 1st Battalion, 44th Artillery, 108th Artillery Group. His tour in Vietnam began on February 13, 1967. Later that year, on November 6, 1967, Cpl. Price was killed from mortar fire under hostile conditions in Quang Tri province, South Vietnam; he was 21 years old at the time of his death. Cpl. Price is memorialized on the Vietnam Veterans Memorial, Panel 29E, Line 34.

The following was submitted for Cpl. Price:

My cousin’s name is Elbert F. Price Jr. Cpl. Price died in Quang Tri provence on 11-06-1967 from the wounds he sustained in a mortar attack. Although born in Grafton Ohio, Elbert made his home in the Range community in Watauga, TN. His name can found on the Vietnam wall Panel 29E, 34. Elbert loved his family and the outdoors. My mother and Elbert were very close childhood companions and mother speaks of Elbert often.
-Submitted by Billy J. Collins II