Edwin K. “Eddy” Lankford was the son of Daily F. Lankford and Nancy C. King. Staff Sergeant Lankford was Killed in Action 22 March 1944.
His brother Charles H. Lankford was killed in action on 25 December 1944 and is buried at Epinal American Cemetery in France.

The Knoxville Journal, July 9, 1944
News of the death of Staff Sgt. Edwin (Eddy) Lankford, 26, formerly of Athens, has been received here.
His sister, Miss Ernestine Lanford of Maryville, formerly of Athens, received a message from the War Department this week informing her that Sergeant Lankford was killed over Germany March 22. Sergeant Lankford had been in service since September, 1942, He was with the Army Air Corps and was chief engineer on a B-24 bomber. He was manager of a service station here when he enlisted.
Surviving are his father, Daily Lankford of Maryville; three sisters, Mrs. Vernon Gresham of Dalton, Ga., Mrs. Rice Thomas and Miss Ernestine Lankford of Maryville; two brothers, Staff Sgt Charles Lankford, U.S. Army, Camp Forrest and Lawton Lankford of California. 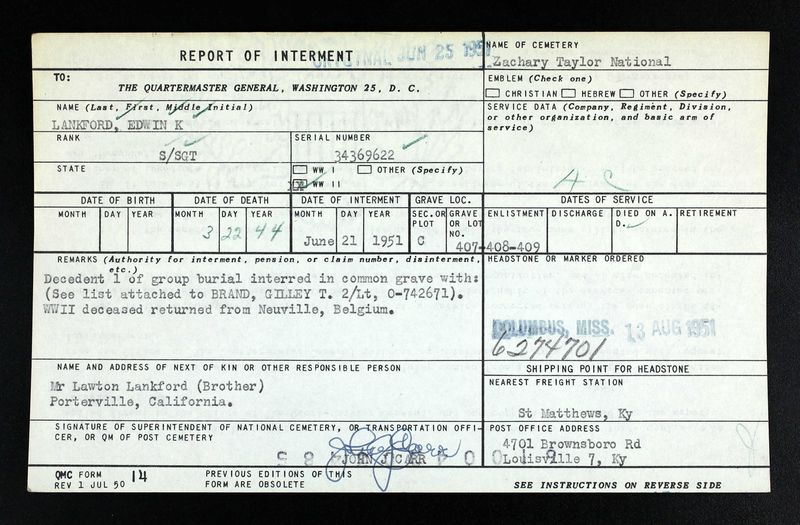 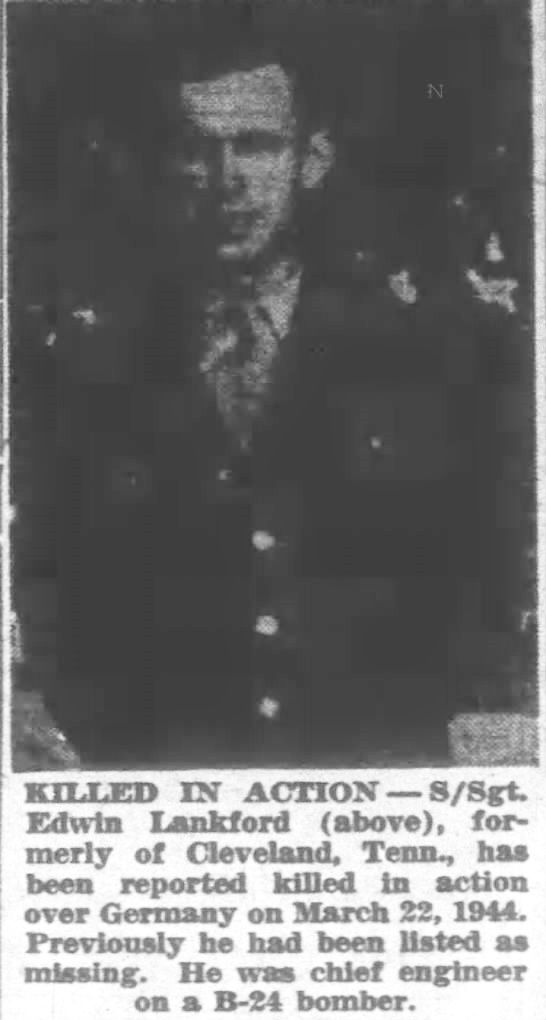