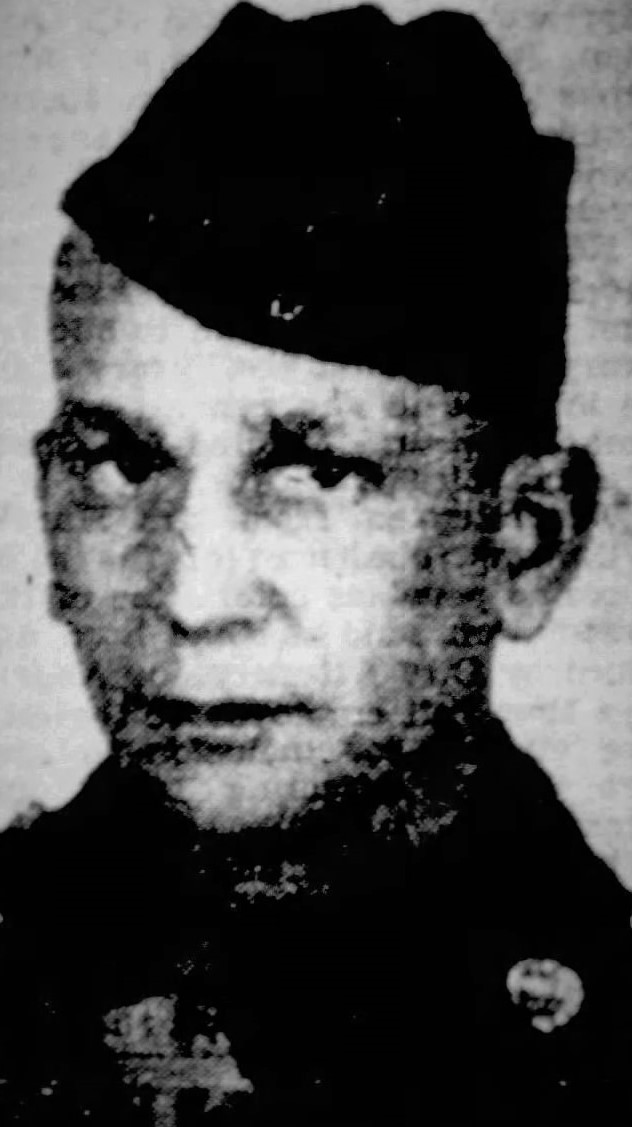 Edwin Franklin Frazier was born on 9 October 1916 in Hamilton, Tenn., to William Francis Frazier and Emma Ella Tompkins.
He died 16 November 1944 in Germany. He was initially buried at the American War Cemetery Margraten in the Netherlands.
Buried at Chattanooga National Cemetery, Y, 498

The Chattanooga Daily Times, 17 January 1949
The body of T/5 Edwin F. Frazier, son of Mrs. Ella Frazier, 2604 East 16th Street, will arrive here tomorrow. Cpl. Frazier was killed in action in Germany Nov. 16, 1944, while serving with an armored unit. He joined the army in October, 1940, and had served overseas since December of 1942/
He is survived by his mothers, one sister, Mrs. Willard V. Eaker and two brothers, Robert A. and Standefer Frazier, all of Chattanooga. 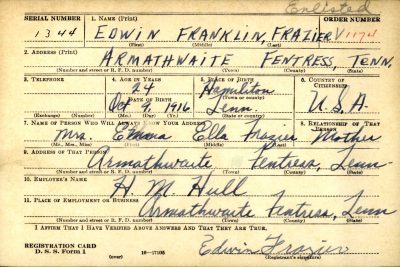 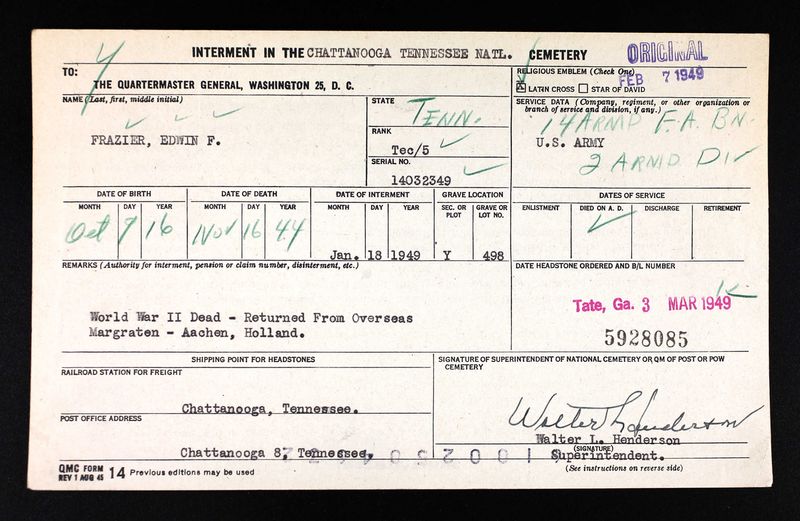 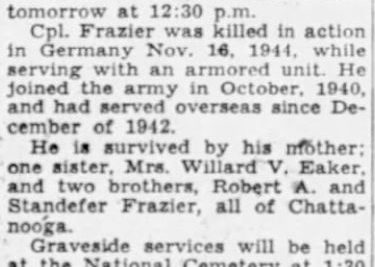 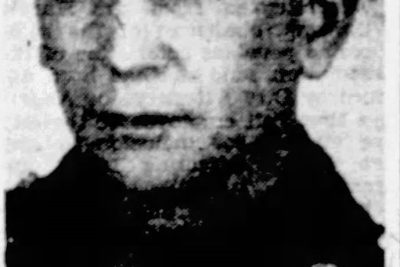 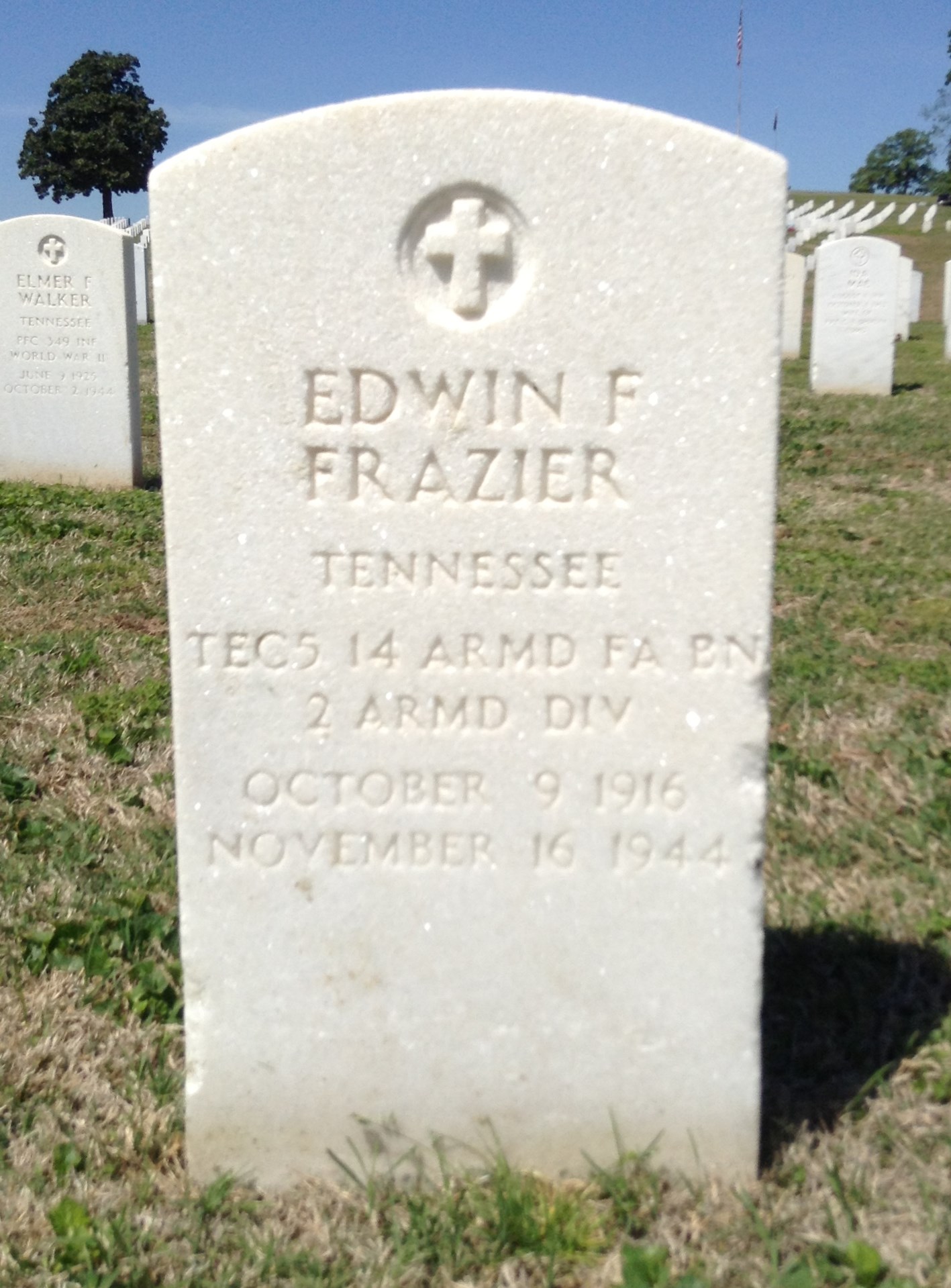